Displaying a masterful command of the piano, the recital was unblemished from start to finish – and this does not refer to playing the correct notes, of course, but giving the right interpretation to the very different works performed. From the detached objectivity of the Classical Haydn and Beethoven, to the more subjective introspection of Schumann and, finally, on to the ravishing Liszt, this was one performance that will not be easily forgotten by those fortunate enough to have been present, either in the concert hall or following the proceedings over the radio or internet.

From the beautiful moments of a Haydn work, on to the tempestuous tenderness of the Beethoven, moving on to the sublime with Schumann, Young-Choon Park managed to move effortlessly from one mood and style to another. It was a seamless network of one beautiful moment after another. Even the final work by Liszt was woven in filigree, scintillating without being exuberant (incidentally, the three short pieces chosen from the composer’s Annee de pelegrinage do not require the customary dashing panache one normally associates with a Liszt work).

A highly intellectual programme, with three massive following one on the other, this performance has further enhanced the incredibly high standard the Victoria International Arts Festival has become irrevocably associated with! 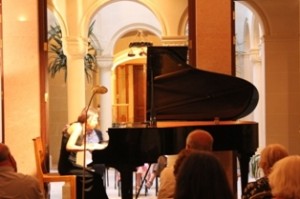 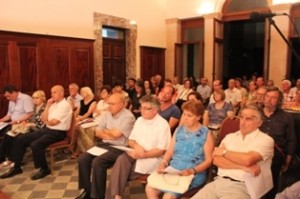