THIS CONCERT STARTS AT 7.30pm

South Korean pianist Young Choon-Park is making a most welcome return to VIAF in a recital of classic repertoire that attests to her standing as one of the finest pianists of her generation. She will be perform a concert of works by Mozart and Beethoven. The programme starts with Beethoven’s Sonata no. 1 in F Minor op. 2 and will be followed by Mozart’s Sonata no. 9 in D Major KV311. The last piece on the programme is none other than one of Beethoven’s greatest works in the canon, namely, Sonata no. 23 in F Minor op. 57 (‘Appassionata’).

Young-Choon Park hails from South Korea and since she began her Pianoforte studies at the tender age of four she has never looked back.  Suddeutsch Zeitung published the following about her: “seductive clarity without falling into dryness or pedantry – not only power, fire and passion but also proportion and form.”As a child prodigy, Young-Choon Park was admitted to the legendary Juilliard School, New York, from where she graduated with full honours. She tours extensively, giving over fifty concerts yearly in Europe, South Africa, and the United States of America, performing regularly in such venues as the Lincoln Centre, Birmingham Symphony Hall, de Doelen – Rotterdam, Musikverein – Vienna, and others.  She is the recipient of numerous prizes of famous Competitions and participates regularly in Festivals all over the world. She has broadcast for radio and television in many countries and is currently recording the complete Mozart Piano Concertos for Duchesne World Records in Belgium.  She has performed with leading orchestras, such as Halle State Philharmonic, Weiner Mozart, Sofia Philharmonic, Hungarian State Opera, and the Warsaw Sinfonia, amongst others.  Leading music critic Arnhemse Courant has this to say about her: “Young-Choon Park – a name to remember.”

Pianists and music-lovers alike should make it a point not to miss this!

After the performance, VIAF in collaboration with Heritage Malta, will inaugurate the exhibition Siege Maps: Keeping Memory Alive at Il-Ħaġar – Heart of Gozo, across the Aula Mgr G. Farrugia.  All are invited.  A glass of wine will finish the evening off! 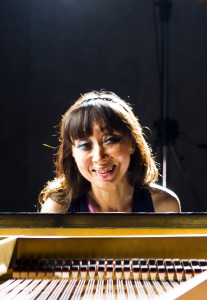 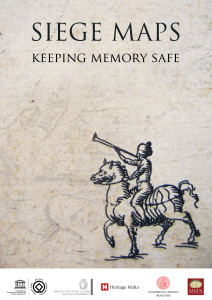