Yesterday evening we had The Composer Speaks and the debutants’ concert. In the first half, young composer/pianist Alexander Vella Gregory spoke about his works, more specifically, about a major work of his called Knejjes. This work has a wonderful architectonic quality to it, quite literally, for it is inspired by the multitude of churches that are found all over Valletta.

In his charming, natural way, Alex gave a comprehensive overview of the historical (chronological) pattern that inspired his work.  Giving a power-point display of the lovely churches in Valletta, Alex then went on to explain graphically how this translated into a Theme and Six Variations work which he himself most ably performed on the piano. The audience were very appreciative and acknowledged Alex’s efforts with loud applause.

Next came this year’s debutants, namely, Stefan Calleja (violin), Robert Buttigieg (trumpet), Marisa Galea (soprano) and Francis James Camilleri (pianoforte). All are in various stages of their studies but a common denominator was the seriousness and commitment all betrayed towards their instrument of choice. Stefan was most sensitively accompanied by Rosanne Busuttil Bellizzi on the piano. Playing the first movement of Grieg’s Sonata for Violin and Paganini’s beautiful Cantabile, young Stefan shows abundant promise. His is a lovely and well-round tone and although more careful attention needs to be given to pitching especially in the upper register, he delivered the pieces with assurance and aplomb.

Robert Buttigieg played a work entitled Spanish Trumpet by American composer Rita Deefort. Showing control and ease on the Trumpet, Robert played this difficult piece which also includes a cadenza with confidence. Phrases were well-rounded and the tone was not brittle at either end, in fact, the evenness of the tone quality is one of the assets of his playing. Breathing was generally controlled and the silver tones of the trumpet reached out with ease without at any time becoming either brittle or grating.

Marisa Galea has a very lovely voice, beautifully modulated and she gives her performances an intelligent rendering. Her choice of programme also attested to the deep understanding of her voice. She sang a Mozart aria, one by Rossini and a Swedish folk-song. Throughout, whether it be the deceptively simple contours of a Mozartian line, or the devilish leaps of a Rossini work, or the legato phrasing of the last piece, Marisa showed she can cope with various and diverse styles, never faulting in intonation or displacing phrasing. She can look forward to a further development under the sound and intelligent guidance of her teacher Miriam Cauchi.

Young Francis James Camilleri astounded the audience with his musicality, musicianship and a maturity well beyond his sixteen years. Under the professional guidance of Karen Briscoe, the young teenager shows talent in abundance and a commitment to his studies which is non-negotiable. Starting with Debussy’s Prelude no. 7 La terrasse, atmosphere, that quintessential Debussyian quality, was immediately created, without either fuss or elaboration.  It just came. Playing entirely from memory (as Marisa sang her pieces as well), Francis came across as refined, polished and elegant. The second piece he played was Chopin’s Etude op. 25 no. 12, branded ‘Ocean’. Here, the performer coped with the multitude of arpeggios very well without at any moment sacrificing the submerged melodic line.

A long and enthusiastic round of applause greeted the four young debutants at the end. It is with pride that the organizers of the Victoria International Arts Festival notes how important such opportunities are for our young up-and-coming performers and it pledges to continue providing such a platform for them to perform on! 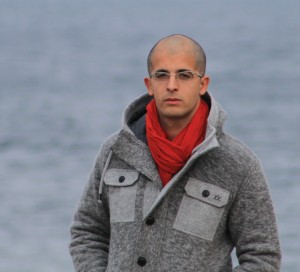 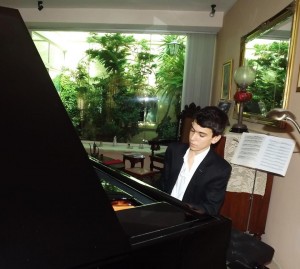 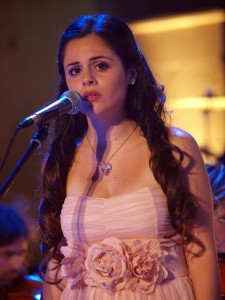 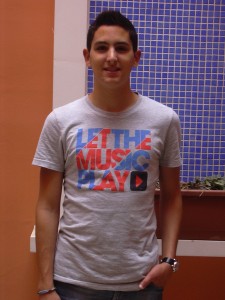 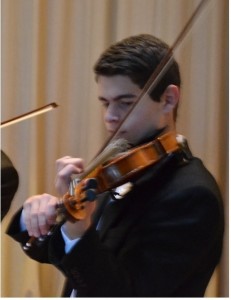