After a hugely successful run of 33 concerts, which saw record audiences attending fantastic and varied concerts, this evening we wrap up this year’s 17th edition of the Victoria International Arts Festival with a choral and orchestral concert featuring Czech cellist Šimon Veis, the resident choir of St George’s Basilica, the Laudate Pueri Choir (director: George Joseph Frendo), the Malta Philharmonic Orchestra (leader: Marcelline Agius) and conductor Joseph Vella, who is also the Artistic Director of Malta’s biggest and longest-running Festival.

Here is the programme:

It augurs to be a most fitting finale to yet again a wonderful Festival.

Šimon Veis was born in Prague in 1984 into a musical family (his grandfather Václav Snítil was a member of the legendary Vlach Quartet. His father, Daniel Veis, is recognised as the foremost Czech cellist, winning the silver medal in the 1978 Tchaikovsky Competition.) Šimon started playing the violin at the age of five but changed his mind a few years later and picked up the cello. After studying at the Prague Conservatoire with Jaroslav Kulhan (of Panocha Quartet fame) in 2003, he continued his studies with his father at the Prague Academy. After graduating in 2007 he became a student of Natalia Shakhovskaya at the Escuela Superior de Musica Reina Sofia in Madrid, Spain. Šimon Veis has also taken lessons with Natalia Gutman, Frans Helmerson, Gary Hoffman, Philippe Mueller, Arto Noras, Heinrich Schiff, and Tsuyoshi Tsutsumi.

When only fifteen, Šimon performed Haydn’s Cello Concerto in C major at the Prague Rudolfinum with the Prague Chamber Philharmonic. Since then he has performed all over Europe and the Far East. He has also appeared in different festivals such as the Beethoven Festival (Czech Republic), Central European Festival (Slovakia), and the Victoria International Arts Festival (Malta). Šimon Veis’s concerts have been broadcast on Czech Radio, ORF (Austria) and Bayerische Rundfunk (Germany).

Since 1999 Šimon has succesfully taken part in cello competitions. In 1999 he became laureate of the international Bohuš Heran cello competition and outright winner of the Pragues PJN Competition (with special Bohuslav Martinů prize). In 2000, when only sixteen, Šimon won the second prize in the Martinů Competition for musicians aged up to 28 and the following year won the first prize at the Beethoven Competition including special awards for Janáček and Martinů works. In 2002 he was the recipient of the Liezen Cello Competition in Austria and two years later Šimon was awarded the Yamaha scholarship and the Wiener-Klassik prize. In 2007 Šimon Veis won the coveted prize for the best promising young artist at the 13th Tchaikovsky Competition in Moscow and after winning The New Masters On Tour in The International Holland Music Session was invited to tour Europe tour including recitals in the famous Concertgebow in Amsterdam. Further to this, he twice won the Sobre saliente prize for best student at the Escuela Superior Reina Sofia in Madrid, receiving the coveted award from the Spanish Queen. Šimon Veis is also a member of the Snitil Quartet which was the laureate ensemble of the 1999 Concertino Praga and the 2003 Beethoven Competitions. Recently, he won the audition for the post of co-principal in the Orquesta Sinfonica de Madrid (Teatro Real.)

…this cellist displayed great taste with his virtuosity and went deeply into his solo part which he took as a part of the whole…his tone culture is indeed sensitive, tone production excellent, perfectly balanced with the orchestra. The fact that he is gifted with brilliance of technique was obvious not only in cadenzas. His technique is not purposeless?? and goes together with crystallized musical thinking and feeling… – Fuldaer Zeitung (Germany)

Concert will be held at St George’s Basilica and starts at 8pm. I don’t think it should be missed!! 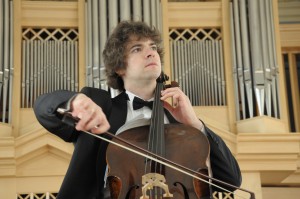 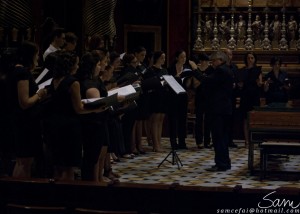