Just a reminder: the two protagonists above may share the same surname, but are not even remotely related. What they do share is a lot of talent and passion for music.

I have long acknowledged and appreciated the fact that our best wind and brass performers have mainly emerged from our town and village bands. They are like nurseries preparing youngsters in various disciplines with more determined and talented ones pursuing higher studies elsewhere. Some emerge on the local music scene. Others even end up studying abroad and carving a reputable career.

Others remain attached to their “mother” bands and George Camilleri is the lead euphonium player with Victoria’s Soċjetà Filarmonika La Stella Band. The warm-toned euphonium is not as commonly heard in concert halls as its main “rival”, the trumpet. I love the silvery sound of the trumpet, which of course presents no hurdle to where liking the mellower euphonium is concerned.

As for Francis Camilleri the younger of the two but no less talented, he did very well what was expected of him. That is both as a very supportive accompanist and as a consummate soloist.

The only little glitch was that it took a few bars for the duo to find the right balance. They had obviously rehearsed in a relatively bare Aula. With the public present, they had to adapt to different acoustics. This they did very quickly and made Jean-Baptiste Arban’s Brilliant Fantasy exactly sound like that. It sounded as very authentic mid-19th century Romantic effusion of lyrical beauty and technical virtuosity in the variations  executed with a praiseworthy, highly articulate and virtuoso rapidity.

Francis Camilleri’s first solo was Joseph Vella’s Sonatina, op. 30. Composed by the 37-year old Vella in 1979 but not premiered before 1983, this very intriguing and interesting work was new to my ears. As the young pianist states in his usually erudite notes, the composer “… combines colourful dissonant harmonies with energetic rhythms in a very traditional form”. This frequently happens in Vella’s works, and is an aspect of his recognizably individual voice.  The central Andante, quasi recitativo is cosily flanked by far more energetic and agitated movements. It’s generally relaxing atmosphere with darkly different undertones towards the end, contrasts sharply with the questing vigorous nature of the opening Allegro moderato. These contrasts, sharp as they are almost pale by comparison with the closing Allegretto. Here there was little respite for the pianist who had to cope with technical hurdles of a “deliberately awkward”. The challenge was faced bravely and this sense of discomfort which extends to the listener. The compact coda all fire and swagger built up into a fine climax followed by a diminuendo on a somewhat indeterminate mysterious tone.

George Camilleri returned in two comparatively brief pieces. The first was ‘It takes two’ which is the third movement from the Euphonium Concerto by Carl Jenkins. It is in habanera-style tango, at times rather sultry and seductive in an arrangement to piano accompaniment. Although this misses out the exchanges between euphonium and various instruments, the soloist could make this a display of well-rounded technique. This maintained and supported a very colourful atmosphere.

Both performers had a lot of work to do here. In the opening Moto perpetuo the piano set the pace with its forward -driving and relentless accompaniment. Soon joined by the euphonium mods quickly chanced from mellifluous lyricism to some high drama. In mid-section the muted euphonium indulged in a technically very effective display. Calmer towards the end the music sort of played the precursor to the more gentle dialogue between the instruments in the Canzona. In the concluding Scherzino Gregsen devotes equal exposure to both instrument, in several passages full of thrust and parry. Light and frequently amusing, the work ended on a triumphant note.

The apparently seamless adaptation to idiom and style often displayed by Francis Camilleri, is one of his attractive strong points. His eclecticism does not mean he does not have his favourite composers. However, he devotes the same attention, devotion and concentration to whatever he chooses. He showed this in Vella’s Sonatina but was no less involved with Haydn’s Variations in F minor, Hob. XVII: 6, also known by what Haydn called “Alternating Variations”. This is considered as a seminal work, a great example of Haydn’s late keyboard style (aged 61 when he composed it), and, looks forward to the Romantic Age. It calls for and had deep emotional involvement, precision, tonal unity and a certain ease with which the frequently sudden dynamic changes were handled with a fine, steady touch. Variations by their very nature provided ample scope for using one’s technical prowess as well as interpretative musicality. The very last notes remained suspended in thin air and few wanted to break the magic which hovered rather longer than any other work. When applause came it very warm and strong.

It was the same kind of reception which greeted the duo at the end of Rossini’s Theme and Variations originally for clarinet and orchestra. It was a quite stunning tour-de-force by George Camilleri who regaled the audience with his dazzling virtuosity. Rossini wanted the wind (here brass) player to impress, and ably supported by the pianist he did. 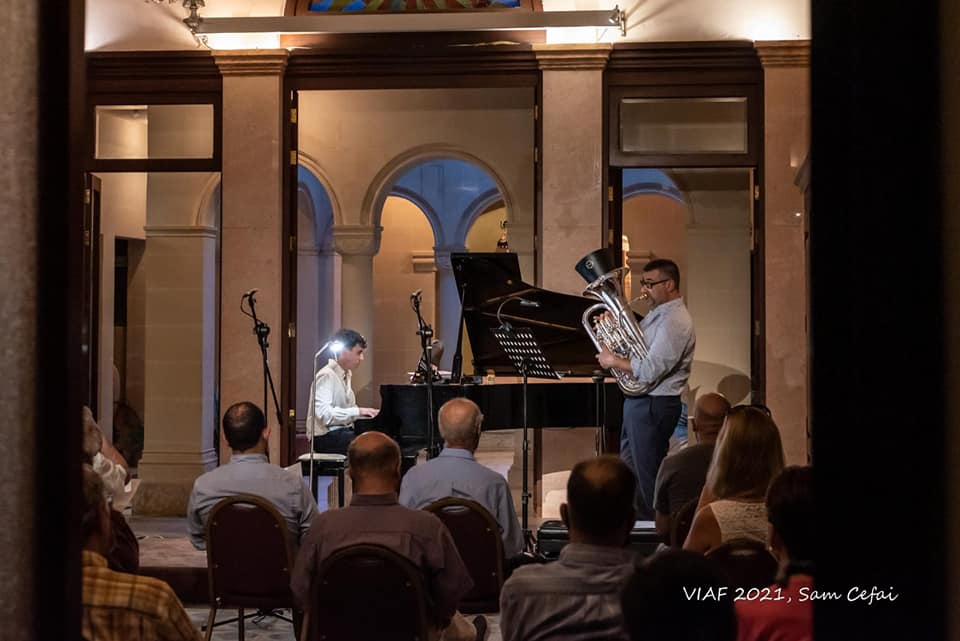 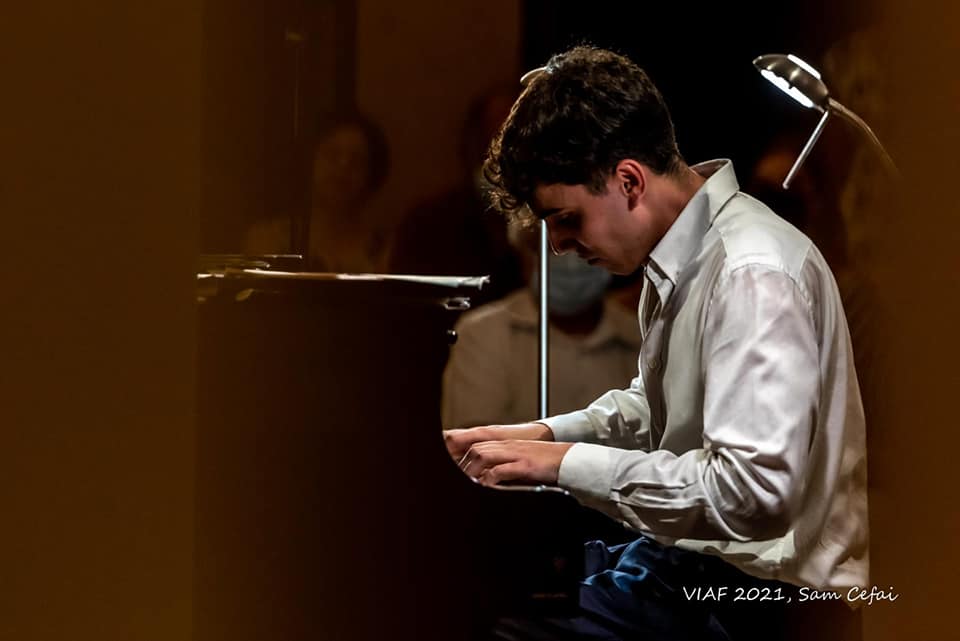 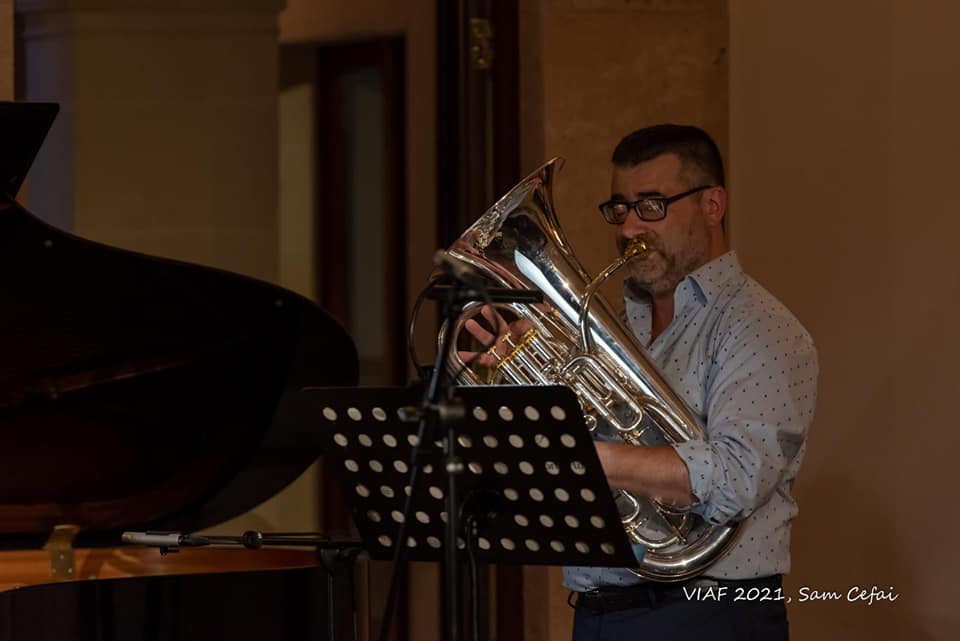 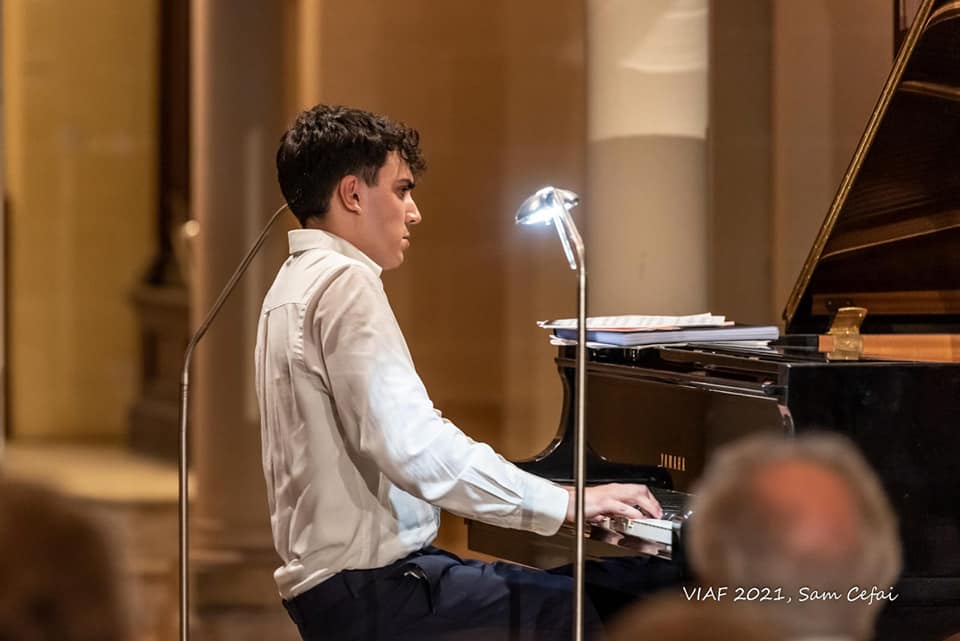 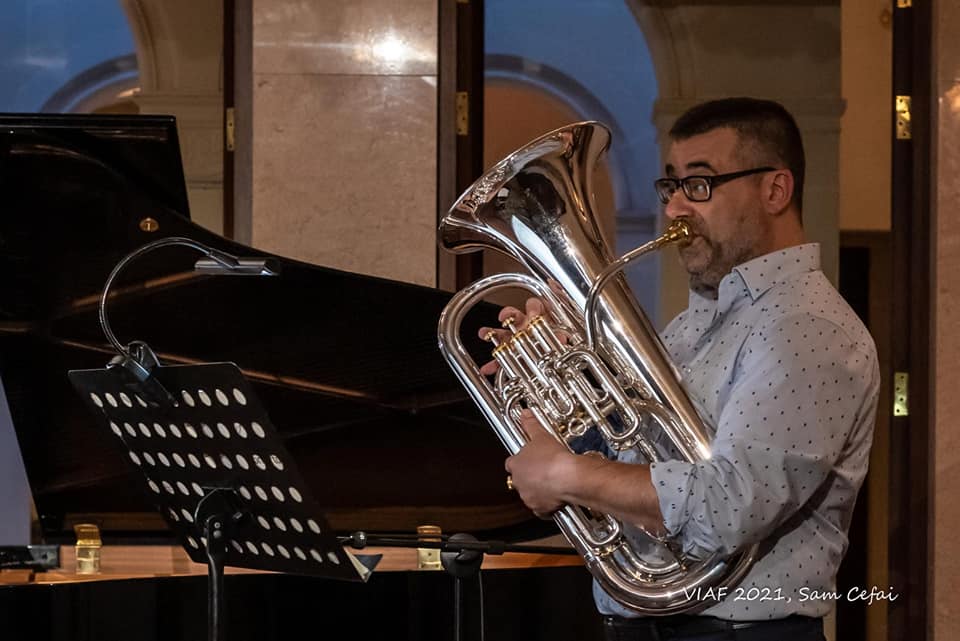 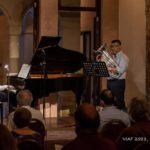