The double-fare combining the Composer Speaks Series with four young debutants was a huge success all round. Composer Stuart Turnbull, a most accomplished musician, gave a most interesting 30-minute talk about his works, what music means to him and how he looks at composition as an art form. He intrigued the audience with his delivery which was most articulate and he further illustrated most of his points by performing on the piano.

This year’s debutants were four, two pianists, a saxophone and a trombone player. First to take to the stage was young Sylvano Mizzi who is fast becoming an accomplished performer on the alto saxophone. His choice of work for performance was R. Binge’s Concerto in Eb of which he played the first two movements. He immediately made his mark as a virtuoso player in the making, with a fine sense of phrasing and almost impeccable intonation. Rhythmically he is sound and after the robust vigour of the first movement he passed naturally to a lyrical second movement which, while not technically as demanding as the first, showed another aspect of music-making which is much more subtle, namely, the emotional aspect. Sylvano tackled the work with confidence.

Next came young pianist Nicole Portelli who chose the first two movements of Beethoven’s Sonata in E Major op. 14 no. 1. Nicole shows promise and while she is still coping with technical difficulties as any other student, she showed a maturity beyond her age in the slower sections of the work, most naturally evident in the second movement. Another performer was trombone player Josef Attard, who chose Rimsky-Korsakov’s Concerto for Trombone. This is a most difficult work not only in terms of the technical virtuosity involved but also from the musical point of view. Stretching the whole gamut of the tonal and dynamic range, Josef coped with this difficulties in a most mature manner. Intonation was almost perfect and breathing was impressively controlled. Throughout the work, he displayed musical intelligence and technical assurance. The second slower section was particularly endearing, with the trombone adopting a noble and aristocratic tone one would associate with a more mature performer. Throughout, Josef was sensitively accompanied by Stephanie Curmi.

This year, the organizers broadened their horizons and invited a foreign debutant to perform during the Festival. Winner of the coveted ‘Mozart Competition’ in Vicenza, the very young Giovanni Bertolazzi proved to be a formidable performer, with a choice of programme one would come across in professional concerts both in Malta and abroad. Starting with six short Preludes by Scriabin, the young pianist had total and absolute control of the instrument, playing with confidence and panache entirely from memory. Scriabin’s texture is dense, polyphonic and massive and Giovanni copied with the extreme technical difficulties masterfully. The second and last work on the programme was Liszt’s demonic Polonaise no. 2, a virtuoso work not for the faint-hearted. Closely mirroring the works of Chopin in this genre, Liszt adds very complex virtuosic passages to make the work seem impossible to tackle. Embarking on notional variations on a theme but never fully developing the style, he teases out of the piano impossible pirouetting and acrobatic leaps. Giovanni showed what a truly talented young pianist he is, forging his way through impressively, overcoming all technical and musical obstacles on the way. A resounding applause greeted the end of his performance, one that was well-endowed and very mature. He certainly has a fine career ahead of him.

This was another concert with a difference – offering a platform to young up-and-coming performers to play in front of a live audience. It really makes all the difference to them as fledgling musicians! 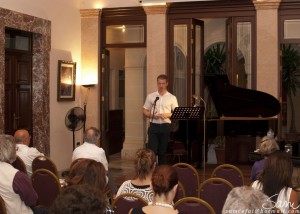 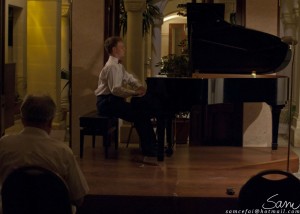 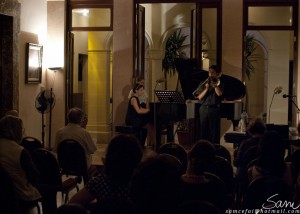 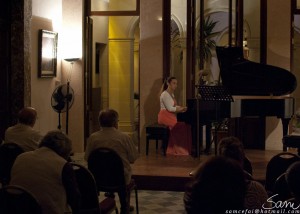 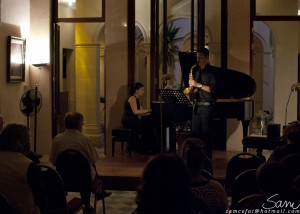