In tomorrow’s first concert, the Trio will perform a concert entitled ‘Bach and his Contemporaries’. In fact, the programme consists of works by Bach, Telemann and Graupner. This concert will be held in the Aula Mgr G. Farrugia.

Then, on Wednesday 24th, a concert about the ‘Myths and Legends from French Baroque’ will consist of works by Rameau and Clérambault. For this concert, bass Chris Webb will join the Trio to interpret three wonderful Cantatas that are representative of 17th century France. These are Aquilon et Orithie and Thétis by Rameau, and La Mort d’Hercule by Clérambault. All have rarely, if ever, been performed in Malta. This concert will be held in St George’s Basilica.

Both concerts start at 8pm.

It is with great pleasure that the organizers of the Victoria International Arts Festival acknowledge the possibility of holding a mini, highly specialized Festival within the larger framework of VIAF. Baroque music is a tremendously wonderful legacy and Malta itself does not come up short on this kind of music production. In fact, the Mdina archives in Malta, amongst others, are replete with wonderful Baroque compositions, not least two manuscripts by the great Monteverdi and Carissimi which are extant only in Malta. Joseph Vella was the one who rediscovered this wealth of musical riches and his ground-breaking concert in 1978 entitled ‘Music Restituta’ set the ball rolling for other researchers and scholars to follow suit. Vella also recorded the best examples of Maltese Baroque music on CD and his concerts with the Laudate Pueri Choir of St George’s Basilica have made this music known and widely appreciated in venues such as Les Invalides (Paris), St Martin in the Fields (London), and the United Nations Headquarters (New York.)

Musica Poetica London has been praised for its “constantly upbeat brilliance and dynamism” [Bachtrack.com], and is quickly gaining a reputation for energetic and communicative interpretations of repertoire from Monteverdi to Mozart, performed on period instruments. Originally formed as a quartet at the Royal Academy of Music in 2010, the Ensemble has presented concerts in settings ranging from the Cadogan Hall to Upstairs at the Gatehouse, and appeared at the Brighton Early Music Festival under the 2012-13 Early Music Live! scheme. They have enjoyed master classes and coaching sessions with Rachel Podger, James Johnstone, Pavlo Beznosiuk and Laurence Cummings.  Musica Poetica London currently performs as a Trio, and in this incarnation focuses on French Baroque repertoire and the music of seventeenth-century Germany, exploring works from the stylus phantasticus for violin, viola da gamba and harpsichord. Individually, the members of the ensemble have played with groups such as the European Union Baroque Orchestra, Charivari Agréable, and the English Baroque Soloists, and have worked under directors including Lars Ulrik Mortensen, Christophe Rousset, Riccardo Minasi and Sir John Eliot Gardiner.

Chris Webb is an English bass who has been acclaimed as “commanding and alluring” by Early Music Today for his recent performance as Giove in Cavalli’s La Calisto (Hampstead Garden Opera.) He is establishing himself as an assured interpreter of early opera roles. Recent projects have included Andonis (Blow, Venus and Adonis – Opera Lyrica: “[he] excels” Fringe Opera) and Melisso (Handel, Alcina –  Musica Poetica London.) Chris is a graduate of Cambridge University, where he sang with the Choir of Clare College and the University Chamber Choir. He has appeared as a soloist under Sir Roger Norrington at St John’s, Smith Square, London, and live on BBC Radio 3 with the Academy of Ancient Music. He now sings with a number of professional vocal ensembles in London and across the U.K. He has recently completed a series of projects with the Zürcher Sing-Akademie, based in Tonhalle, Zurich, including concerts for the World Expo in Milan. 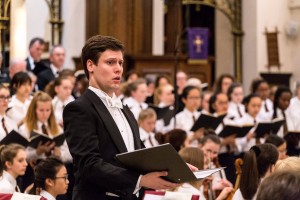 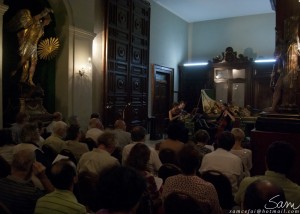 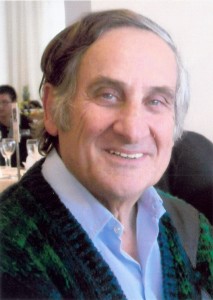