Concert will be held at the Aula Mgr G. Farrugia, and starts at 8pm.

Trio Ostade is a piano Trio with musicians coming from different parts of Upper Austria. All three performers study at the famous Anton Bruckner Privat Universität. Violinst/violist Magdalena Kraus is under the tuition of Josef Sabaini, clarinettist Alexander Falzberger receives tuition from Gerald Pachinger, and pianist Elias Gillesberger is in the class of Naoko Knopp.  Since 2011, they have been admitted to the prestigious Adalbert-Stifter Gymnasium for Music, Linz. All three are solo performers in their own right and have numerous accolades to their credit. They are also recipients of the well-known Prima la musica – Upper Austria Music Competition for Youths, at both national and federal level. Last March, they grouped as a Trio for the first time and their performances were notably singled out by Steinway Austria. 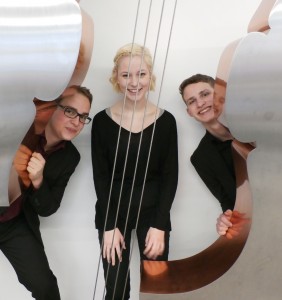