Trio Avium came all the way from Australia to perform a most unique concert on the recorders, Baroque violin and viola da gamba at St Francis Church in Victoria on Thursday 25th June. The concert was entirely dedicated to Bird Song, and composers from across the whole gamut of the Baroque spectrum were chosen to represent this phenomenon.

Birds and bird song have long inspired poets, musicians and painters since the days of Homer. Keats, Shelley, and Wordsworth were bowled over by them, Reynolds painted them endlessly, Messiaen was all but obsessed by them. Choosing works by the late mediaeval troubadous Bornehl, Pignolet Montclair, van Eyck, Bodin Boismortier, Couperin, von Biber, Hotteterre, and Orme, together with two compositions by leader of the Trio, Ros Bandt (composed specifically in the exuberant Baroque style), Trio Avium manifested supreme mastery over their instruments and their musicianship was in evidence throughout every piece they played.

Ros Bandt on the recorders, Cynthia O’Brien on the recorder and equally versatile on the viola da gamba, and Ruth Wilkinson virtuosic on the baroque violin, the three members of Trio Avium thrilled the audience with their expertise in their chosen works. Playing solo, in duo formation and as a trio, they managed to coax a variety of dynamics from what is essentially a monochrome sound on their instruments. The effect of bird-song was beautifully brought out and what was particularly impressive was the musical understanding amongst the three ladies.

Worthy of mention were Pignolet Montclair movement, entitled Les Ramages from his Cinquième concert à deux, where, trills and glissandi on the recorders were remarkably tackled and Couperin’s Les Rossignols en amours. One of Ros Bandt’s Malta premieres, namely, Fratta, is scored for solo violin. It is an extended piece that fully tests the performer’s stamina in terms of technique and interpretation.  Ruth Wilkinson is a formidable performer and her virtuosity was much in evidence throughout. Impeccable intonation (even in that humidity!) together with crystal clear articulation and rhythmic precision were the order of the day.

Hotteterre’s and Orme’s works are scored for Trio formation, and these two pieces, namely, Brunette and Trio à 3 and Trio Sonata op. 26 no. 4 fully displayed the camaraderie amongst the ensemble. Antiphonal passages were impressively tackled and, once again, clarity of form and dynamic control were most expertly managed.

This proved to be a unique concert, one that brought a four-day Baroque mini-Festival to a wonderful close! 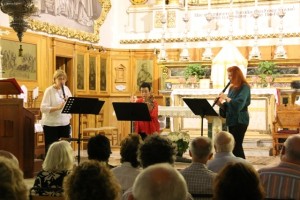 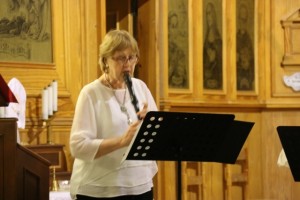 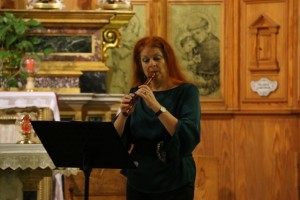 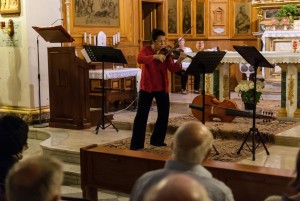 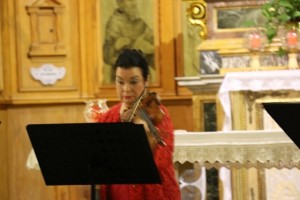 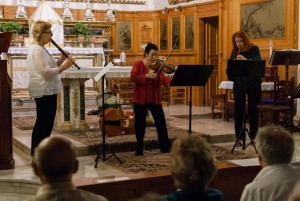