After a run of 35 concerts, ranging from the symphonic to every conceivable chamber formation imaginable, when one would be excused for thinking that it couldn’t possibly get better, along come Transcontinental, an ensemble made up of musicians (both performers and composers) from North America, Scotland, and Gozo.  An incredibly varied and totally wonderful programme continued to enhance the dizzying standards established by Victoria International Arts Festival over the twenty-one years of its existence.

Jennifer Margaret Barker, Professor of Music at the University of Delaware, USA, is the mastermind behind this formidable ensemble.  She got together composers, and three extraordinary musicians to perform a concert that was as cerebral as it was emotional, not least for the fact that one of the composers featuring on the programme was the late Joseph Vella, Artistic Director of VIAF.  Mro Vella had also had the privilege of being invited to teach courses and have his music performed at Delaware University.  In fact, on hearing of his sudden demise, Jennifer and her husband John, set up the Joseph Vella Prize for best Composition at the University of Delaware, U.S.A.  The first recipient of this prestigious award was Christopher Johnson.

In her inimitable and charming way, Jennifer opted to speak about the pieces performed during the concert, and this created a most amiable and direct contact with an appreciative audience.  It was also very interesting to have another featured composer among the audience, the very affable and courteous O. Ben-Amots, whose work, The Red Curtain Dance started off the programme. Ben-Amots is an Israeli of Arab extraction, and his music is a glorious blend of the diversity of cultures he imbued and allowed to interact throughout his life.  Rather than segregating influences, he opted for inclusion and one did feel that the exotic colour and glorious textures of his musical fabric are a result of this diversity.  This piece was composed originally as incidental music for a 2002 theatrical production of the An-Ski play in Tel Aviv and was later expanded into the full chamber opera. Performed by solo clarinettist, Christopher Robert Nichols, it was delivered with passion and understated intensity.  Following loosely a programmatic thread, the clarinet could indulge in a wide variety of colour that at times become almost dazzling and frenzied.  Nichols has a wonderful tone and especially in the lower registers he exuded an aura of exoticism and seduction that is so characteristic of this instrument.

Next came Jennifer Barker’s setting of a well-known Baudelaire poem, namely, Tout Entière, from the French Symbolist poet’s famous collection Les fleurs du mal.  Jennifer’s writing is very much her own, in the sense that while influences are inevitably working on the creative mind, yet she has her own authoritative voice, one that comes across as clear and articulate, never overbearing yet sure of itself.  She mixes what one could call traditional harmonies with more avant-garde ones, and her vocal writing gives full space to the singer to express himself.  In fact, she is a natural.  In Tod Fitzpatrick’s goldenbaritone, Barker found an excellent medium through which she could express Baudelaire’s ‘satanic’ verses, ones that have been labelled diabolical but lines which, closely regarded, are more full of pathos, pain, and unbearable irony, lines that because of the very quality of their doubt bring them close to the beatific vision.  Fitzpatrick sang with full conviction, delivering lines of liquid beauty in a voice that never faltered, whatever the range whatever the sudden leaps.  The dark vocal timbre was eminently suited to the powerful tones of Baudelaire’s lines and Barker’s writing was incisive and tender in equal measure.  In pianist Marie-Christine Delbeau, both Fitzpatrick and Barker could rest assured of her superb competence and mastery, lending force and power to a gem of a piece.

A contrasting work by Joseph Vella came next, namely, his early Passcaglietta op. 9 for Clarinet and Pianoforte.Joseph Vella is Malta’s most internationally widely-performed composer.  His versatility in his compositional output is becoming legendary.  Whether writing for solo instruments, large choral forces, symphonic structures, or a cappella works, Joseph Vella quickly established himself as Malta’s leading composer with over one hundred and twenty compositions to his credit, the last ninety being written over the past twenty-five years.  The Passacaglietta is an early work, dating back to 1968.

Like its companion, the Trio Concertante for Violin, Horn, and Pianoforte, this piece makes free use of serial techniques with the melodic line of the Clarinet growing out directly from the material first played by the pianoforte. Typical of the composer is the way this serial material is organised to almost hint at tonal roots.  As the title implies, the work follows the passacaglia principle, this again, in a rather loose manner.  The four-bar block announced by the pianoforte served as the basis for ten variations together with another one for pianoforte solo in the middle, this time extended to six bars.  Right after the latter, the Clarinet playing piano, first picked up the opening pianoforte right-hand figure.  The music then slowly built up towards a climax as each successive variation became more busy and intense.  The initial pianoforte figure also served as the basis for a codetta to round off the piece.  The piece is marked Andante sostenuto and both performers did great credit to the work.

Jennifer Barker had another piece performed, this time The Enchanted Glen: no guessing here what she had in her mind and heart!  Scottish born and bred, her extraordinary love of her beautiful country seeps through quite a few of her works; yet, what is perhaps most remarkable, apart from her extraordinary capabilities as a composer, is how she never allows her effusions to become sentimentalised.  Hers are emotional pictures that do not date.  What Wordsworth calls “emotion recollected in tranquillity” could well be attributed to Barker’s Scottish pieces.  Like Vella’s piece, this is scored for clarinet and pianoforte.  Fully exploiting the dynamic and tonal range of the clarinet, with the pianoforte coming out on its own quite a few times, the piece has a sort of magic about it that is never broken.  Rhythmic variety and piquant harmonies created a gossamer fabric that trembled with light.  Although distinctly contemporary, yet lyrical moments tempered the more robust harmonies and contrapuntal structures, fully confirming Barker as a composer of tremendous sensibility and intelligence.

The last item on the programme saw a magnificent song-cycle by Ben-Amots, sung by baritone Tod Fitzpatrick with Marie-Christine Delbeau at the piano.  This is a formidable work that requires vocal, technical, and musical resilience from both performers, once again attesting to the composer’s embracing of cultural diversity.  The work itself is based on Judeo-Spanish songs, and both the colour and texture of the work managed once again to combine diametrically-opposed cultural influences.  A long work, extending beyond the 20-minute range, it was delivered with authority and conviction.  The audience was spellbound not only by the beauty of the baritone’s voice with its multi-hued texture, and the pianist’s formidable technique, but also by the beauty of the piece itself.  It spanned the entire gamut of human emotion, at once rising to exhilaration at other times kneeling, as it were, in profound humility.

A truly superb ending to a superb concert.  By the end the audience could appreciate the more subtle innuendo of Transcontinental: it is not just a name given to performers coming from different parts of the world, but also a concept that attempted to bring diverse cultures together, diverse influences bearing on the creative mind, diverse backgrounds working together to create a beautiful whole.  Most certainly, during the evening’s concert this unity-in-diversity rose above all attempts at fragmentation and chaos and the audience could really feel that peace is possible through beauty. 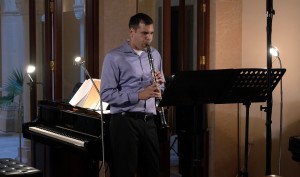 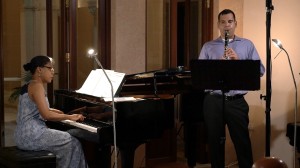 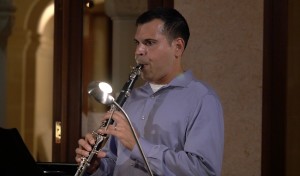 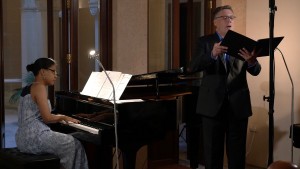 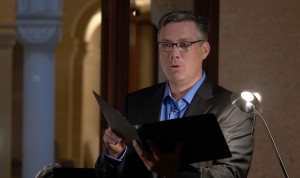 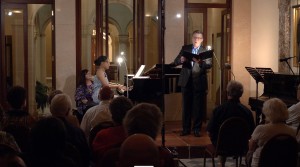 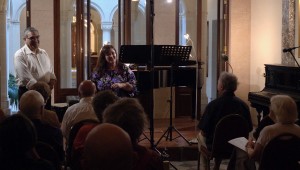