This evening we are hosting three top musicians from the Paris Opera, namely, Céline Nessi (Flute), Olivier Rousset (Oboe), and Christophe Vella (Percussion). They will be performing a concert consisting of works by Vella, Kraft, Killmayer, Piazzolla, and Stein. In a unique combination of flute, oboe and a whole range of percussion instruments, this will be one exciting concert. It will be held at the Aula Mgr G. Farrugia and starts at 8pm.

Céline Nessi is currently First Flute with the prestigious Orchestre de l’Opéra National de Paris and Professor of Flute at the CRR, Boulogne-Billancourt. Winner of the coveted first prize at the CRR, Boulogne-Billancourt, she simultaneously won another first prize at the CNSMD, Paris, after which she specialized in chamber music. She completed her Flute studies with A. Adorjan and A. Nicolet and won international competitions, most notably, those at Rotterdam and the Krannichteiner Musikpreis, Darmstadt. With the wind quintet Debussy, Céline was awarded the adjudicating panel’s special prize at the famous Tokyo International Competition, and the second prize (the first prize was not awarded) at the International Competition ARD, Munich. She has recorded extensively for radio and has also numerous CDs to her credit, including those with chamber ensembles Debussy, Ligeti, and Janáček with the label Harmonia Mundi, amongst others. Céline has performed all the major concertos in the repertoire, to include those by C.P.E. Bach, Mozart, Ibert, and Jolivet, and is well-acquainted with the canonical works in the chamber music repertoire.  Apart from this, she is also very keen in discovering modern works and champions pieces by contemporary composers.

Olivier Rousset commenced his music education at Brest, pursuing further studies in Oboe performance at the prestigious CNR, Rennes, where he won the coveted gold medal for multiple disciplines, namely, oboe, chamber music, and interpretation. He was admitted to the CNSMD, Paris, where he studied with Jacques Tys, winning a summa cum laude in his final examinations in 2004. Olivier is the recipient of numerous first prizes in a number of competitions, namely, Festival Musical d’Autonme for Young Performers (2003), and the Jeunes Talents de l’Ouest. He was subsequently appointed Second Oboe at the prestigious Orchestre de l’Opéra National de Paris and in 2008 he was nominated for his special talent in the Révélation Classique de l’Adami. He regularly performs as soloist with major orchestras in Europe. These include the Royal Concertgebouw, Amsterdam, Orchestra of the Suisse Romande, Munich Chamber Orchestra, Orchestre de Paris, Orchestre, and more. In 2007 he was awarded a scholarship from the Meyer Foundation which enabled him to record his first CD of Sonatas and other compositions that had been banned performance in France by the Nazi during the occupation. Olivier is also an expert interpreter on the ancient Oboe, performing regularly with specialized chamber Ensembles such as the Orchestre des Champs Elysées, Opera fuoco, and I Virtuosi delle Muse.

Christophe Vella is first percussionist with the Orchestre de l’Opéra National de Paris and founder of the well-known group ODEN for Contemporary Music. Apart from being a most accomplished performer on the percussion, Christophe is also equally proficient on the Pianoforte, Trombone, Violoncello, and composition. Since 1988, he has been performing with the prestigious chamber ensemble Les Percussions de Strasbourg, and his wizardry on the various instruments of the percussion family make him much in demand for concerts with various orchestras in the best-known opera houses. Apart from his orchestral experience, Christophe is a hugely successful soloist, performing during actual productions on stage at the l’Opéra Bastille and with ballet companies such as the Kaguyahimé. He has been Professor of Percussion at the Chatenay Malabry since 1988 and conductor of the conservatoire’s orchestra since 2001. In fact, conducting is another of his multi-faceted talents and he has studied the art with notable conductors in France, Germany, and Italy. His conducting experiences have taken him to work with orchestras all over Europe and he has also composed numerous works that he himself conducted. His musical experience has also taken him to the world of film and entertainment, recording, amongst others, for Opéra de Max Deutsch. His latest project has seen him conducting musicians of the Opéra de Paris at the legendary Opéra Garnier in productions by Finzi, Charles Ives, and Franco Donatoni.  Victoria International Arts Festival is extremely grateful to Christophe Vella for bringing us into contact with world-class musicians from France, who, over the years, have added to the quality of our Festival. 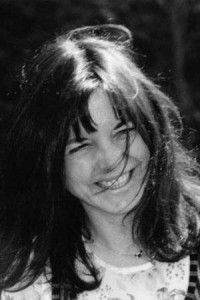 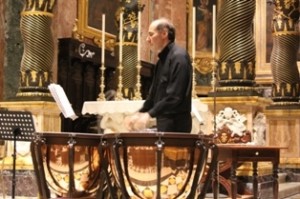