Hot on the heels of the Athil Hamdan/Francis Camilleri cello and piano recital at the Aula Mgr. G. Farrugia, the latter was again the venue of the second and last in the mini-series of cello and piano recitals. This time it was by cellist Daniel Veis and his wife Helena Veisová. They are a truly celebrity couple and very “en famille” at the VIAF having taken part in it for a little over half of its 22 editions.

They started with Beethoven’s landmark and pioneering work, his Sonata in F, op. 5 no 1. Beautiful and with a lot of grandiose sweep especially in the opening movement. As could be expected the piano part is very assertive yet not over-dominant because both instruments are treated equally.

In Martinů’s Sonata N. 2 one felt, in the central Largo, a deep anguish and anxiety which the brooding cello produced with heart-wrenching conviction, a true crie-de-coeur, not bereft of a certain defiance augmented by the piano. By contrast the opening movement sounded jovial while in the concluding Allegro commodo strong hints of Bohemian folk elements coloured the music.

The recital concluded with a fantastic reading of Grieg’s no less than monumental Sonata in A minor, op. 36. The frail, fragile Grieg astounds with the vigour he puts in the Allegroagitato and endows the central Andante molto tranquillo with warmth but a certain ambiguity which underlines this part. The duo continued performing magnificently and brought home the Sonata in a scintillating Allegro. It was marital harmony at its its best. 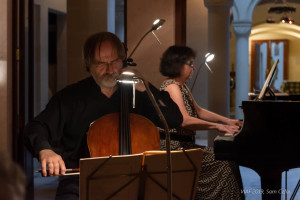 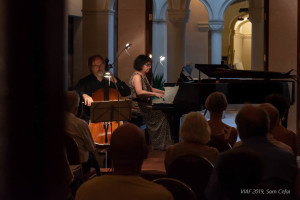 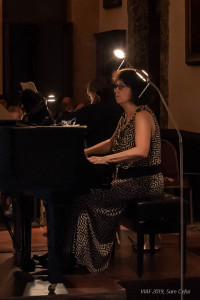 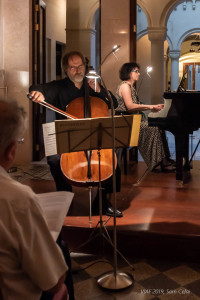