On Thursday 30 June, pianoforte virtuoso Chiu Yu Chen from Taiwan, will give the last of four solo pianoforte recitals that the Victoria International Arts Festival offered to its patrons this year.  (There is still a piano duet to come!)  Chiu Yu Chen will perform works by Mozart (Sonata no. 9 in D Major KV311), Dvořák (6 Piano Pieces op. 52, and Suite in A Major op. 98), and Schumann’s monumental Symphonic Etudes op. 13. The concert will be held at the Aula Mgr G. Farrugia and starts at 8pm.

Chiu Yu Chen is regarded as one of the foremost young musicians of his native Taiwan.  In fact, he is the first Taiwanese to graduate with full honours from the prestigious Gnessin Academy of Music, Moscow, under the tuition of Boris Lvov, Viktor Merzhanov, Maria Gambarian, and Irina Anastasieva.  Apart from being a much sought-after recitalist, Chiu is also Artistic Director of numerous Festivals, most notably the Schubert 210th Anniversary (Finland, 2007), 90th Anniversary of Finnish Independence (2007), Tchaikovsky 115th Anniversary (Taiwan, 2008), and more.  Chiu has also given numerous master classes in both the Far East and Europe.  Both his solo recitals and performances with orchestras have earned him rave reviews from critics.  He continues to introduce Taiwanese audiences not only to new music by native composers, but also to the traditional fare of the European classical repertoire. 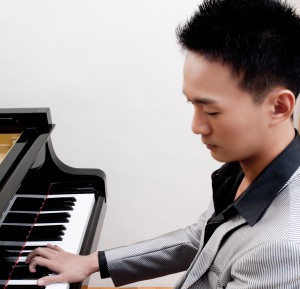