The fabulous BrassTubes Ensemble convened at one of the quaintest places in Victoria, San Ġorġ tal-Ħaġar and gave a concert of standard hits by a panoply of great song writers such as Sinatra, Gershwin, Stevie Wonder and others, arranged specially for a brass band. Under the masterful direction of Mark Gauci, arguably one of Malta’s best brass players, the 8-strong band gave a one-hour concert of evergreen tunes that had the audience rocking and asking for more by the end.

The venue, in the old narrow streets around Saint George’s Basilica, is proving to be a unique one for such concerts. Acoustically perfect it is cosily secluded, away from traffic noise yet in the heart of it all. The musicians are all experts in their respective instruments and this was patently clear given the fact that they were all soloists at one point or another. Foremost among these were George Camilleri, leading brass player with La Stella Band, Aurelio Belli who even had the onus of adapting to transposing a second trumpet part, the supremely talented siblings Joseph and Daniel Gauci – brothers also to the group’s dynamic leader and conductor Mark – trumpeter Jason Azzopardi, tuba player Antoine Theuma and percussionist Carmel Portelli.

It was a wonderful evening enjoyed by the sizeable audience that flocked for an hour of light music convincingly played with both gusto and style. 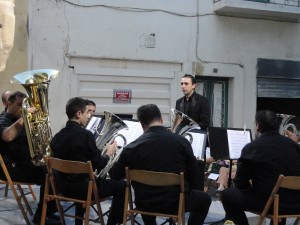 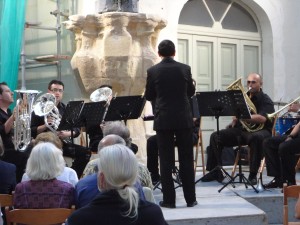 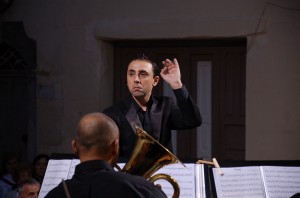 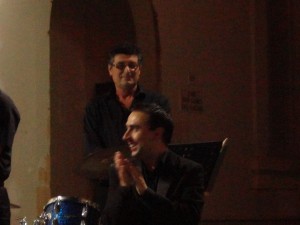 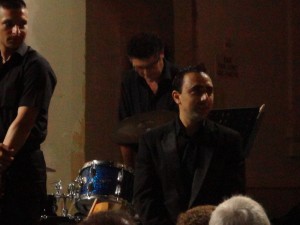