The Victoria International Arts Festival is going from strength to strength. This is largely due to the fabulous concerts that are being presented in this edition, which, as in previous ones, are aimed to offer a cultural experience of the highest order. Another factor contributing to the merited success of this initiative is undoubtedly the organisational skills and attention to detail given by all involved. The Festival runs smoothly and seamlessly, but, as with any other performance, what makes it look and sound easy is intelligent planning, efficiency, and camaraderie, apart from the hard work that is the ground bass, as it were, of any type of success.

New contacts are being established, ones that the organisation hopes it is able to sustain. VIAF is proud and, at the same time, humbled that it has been able to get the highly-professional Ensemble 4.1 over to Gozo to perform in this year’s Festival. Apart from being supremely accomplished musicians, they are also very friendly men, which made it so much fun to be with.  All members are all principal instrumentalists of their respective orchestras: Jörg Schneider is Principal Oboe with the Jena Philharmonic Orchestra, Alexander Glücksmann is Principal Clarinet with the Berlin Symphony Orchestra, Christoph Knitt is Principal Bassoon with the Kammerakademie Potsdam, Sebastian Schindler  is Principal Horn with the Bern Symphony Orchestra and last but not least, Thomas Hoppe is the pianist of the famous Atos Trio apart from being accompanist to legendary violinist Itzhak Perlman and violist Tabea Zimmermann.  By all means, such a formidable line-up of musicians cannot but dazzle when they come and perform music together.

And what a dazzling experience it was on Wednesday!  A fabulous concert that will not be easily forgotten by anyone who was privileged to be present.  Supported by the Herzogenberg Society, the evening’s concert consisted of two not very well-known Quintets by Herzogenberg and Gieseking, the latter being far better known as a pianist whose outstanding interpretations of Debussy and Ravel remain a benchmark for the performance of French Impressionist music.

The first work on the programme was Quintet in Eb Major op. 43, a work in four movements.  The very first notes by the ensemble showed the gorgeous tonal colour and dynamic intensity that characterised the evening’s performance.  It is a big (as different from ‘loud’) sound, one that is normally associated with symphonic textures, that blended so well together that unless one instrument was playing solo it was virtually impossible to isolate any stray strand.  Super and above the wind instruments, the pianoforte soared without making itself obtrusive or even remotely patronsing.  This was teamwork of the finest and most elegant sort.

The opening Allegro made an initial announcement which was assertive, commanding, and military in tone and mood.  Right at the outset, Herzogenberg treats the instruments on an equal footing, rather than pitting the piano against a chorus of wind instruments.  All play in concert, as it were, and the blend was well-knit while the vista it proffered was panoramic.  In contrast, the second theme of this movement was delivered in an ethereal mode, and had a dream-like quality to it that brought it close to a Brahms slow movement.  The Allegro wove its way into a complex and intricate fabric, and all instruments were pivotal in construing the emotional appeal of the piece.  The ensuing Adagio drew itself out at a long and leisurely pace, unhurried and uninhibited.  The pianoforte made the first utterance, which served as a kind of introduction to the entire movement, after which it sounded the main theme, which was peaceful and serene.  To this pronouncement, the upper woodwinds replied.  In the development part of this section, the oboe, clarinet, and bassoon were given especially beautifully haunting melodies to play, which they delivered in the most sublime of styles, and the tonal texture of these instruments blended seamlessly into one another.  The quiet atmosphere was retained despite for an implied turbulence hovering beneath the surface.  It was the quietude of an Impressionistic moment rather than of a late Romantic one, for, despite the beauty of the music, of its nature it is almost empty of the passion one associates with Romantic works.  It is cool and detached, unperturbed and objective, resisting full emotional immersion.

The third movement, entitled Allegretto, was a definite departure from the previous two movements in that it had a distinctly Gallic feel to it.  The winds announced a sprightly and lively main theme which was not entirely lacking in humour, either.  While the winds engaged in witty repartee, the pianoforte provided a robust rhythmic basis above which the interlacing of the melodies networked and engaged with one another.  This brief interlude, as it were, led into the final Allegro giocoso, which, as its tempo marking suggests, was lively and playful.  In fact, in temperament it was a kind of extension of the previous Allegretto.  The horn, with its wonderful, expansive tone colour, took the lead here, bouncing the rest along in jocular and happy mood.  A contrasting middle section had a military tinge to it, reminiscent of the exotic music one readily associates with Middle Eastern flavours.  This led to a final ensemble playing that was robust, powerful and assertive.

The second and last work on the programme was Gieseking’s Quintet in Bb Major, a three-movement piece that was composed at the end of the First World War, in 1919. The first movement of this Quintet, an Allegro moderato, announced its first bars on the pianoforte, followed by a delectable and haunting melody on the oboe, who delivered this winding phrase in such exotic, warm, and sensuous tones. The harmonic tapestry was Impressionistic in colour and mood, perhaps allowing the influence of Debussy, of whom Gieseking was such a formidable interpreter, to work on the composer. The horn joined the exchange at the octave, followed by the clarinet and the bassoon. Throughout this movement, the wind quartet engaged in a wonderful conversation that was light-hearted but sombre, and the quality of the instruments’ timbre was beautifully brought out.  Against all this, the pianoforte provided a sound harmonic basis.   The movement wove itself in long drawn-out phrases of impeccable beauty and exotic flavor.  One could sense inherent French qualities to this movement, refined and elegant, controlled and poised. Overall, the pianoforte’s sonority blended exquisitely and softened the reedy quality of the wind instruments.  The upper winds playfully conversed while the dynamic range of the horn offered a wide dimension to the picture, allowing a third dimension, as it were.  The atmosphere was idyllic and pastoral; it was almost an attempt by the composer to evoke a long distant past that can never be recaptured except in sound.

The second movement was an Andante.  The horn announced the main theme, which was seductive and plaintive.  Scored in Eb Major, the pianoforte had a lot of responsibility keeping the different threads together.  The four winds united in a harmonic sequence against a beautiful melody shared between clarinet and bassoon.  Here, the bassoon came to the fore, and the nasal quality of its timbre endowed the colour of the ensemble with a nostalgic tinge that seemed to spill over from the first movement.  The tonal quality of this movement was essentially Impressionistic, again recalling Debussy, most particularly in his L’après-midi d’un faun.  It is a late afternoon music, as it were.  A less quiet middle section ensued, with the piano taking the lead followed immediately by the wind quartet.  It was basically made up of short phrases that were echoed in imitation by each of the instruments.  The mood intensified here, although it never encroached on the heated or, less so, on the aggressive.  Again, a pastoral picture was conjured up, understated and unobtrusive yet delicately felt.

The third and final movement was a Vivace molto scherzando.  It made no qualms and uttered a bold and adventurous statement right from the start, with the whole ensemble playing together largely atonal phrases.  This developed into a more tonal section while at the same time rhythmically it became more demanding and the texture increasingly more percussive.  There was a playfulness to this movement that had not been discerned earlier in the other sections.  Displaced rhythms and syncopation added to the piquancy of the texture and there were virtuosic moments for all the players.  A more sedate middle section disrupted the boisterousness of the opening, and this was announced by the pianoforte, recapturing a mood we thought we had lost from the previous movements.  The clarinet and the horn took the cue and joined the pianoforte, followed quite quickly by the oboe and the bassoon initially playing at the octave and then diverging in a contrapuntal exchange with the other instruments.  At this point, the pianoforte took on an increasingly less prominent role while maintaining its steadying influence from a harmonic point of view.  This section was both reflective and expansive.  After this, the initial busy mood of the movement’s beginning was resumed, increasingly becoming more complex technically and rhythmically.  A concerted crescendo led to the final moments of the movement and of the whole work, chromatically building up gradually and intensely, until the key of Bb Major was emphatically established, bringing this wonderful Quintet to a dramatic close, but not before the pianoforte quirkily gave the impression that yet another slow section was commencing.

A spontaneous standing ovation greeted the final chord, one that was prolonged and enthusiastic. A short, charming encore ensued that was greeted with the audience asking for more!

This was truly a memorable concert and we hope we have not heard the last of them! Such performances enhance the already discreet yet sound reputation and respect that VIAF  has earned for itself in the 19 years of its existence. 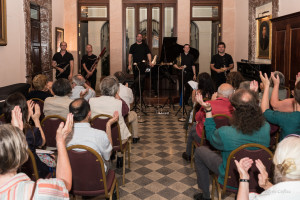 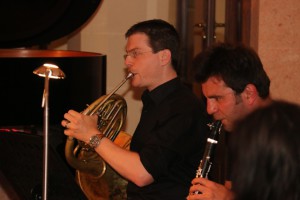 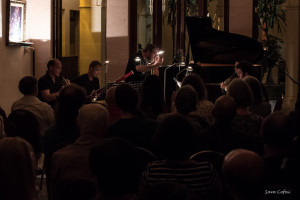 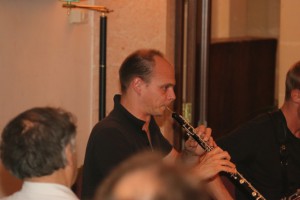 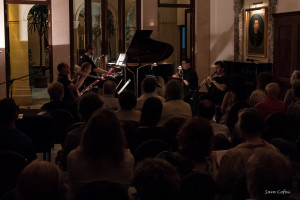 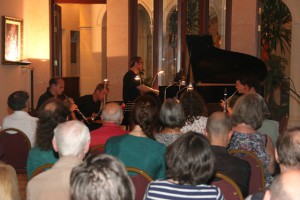 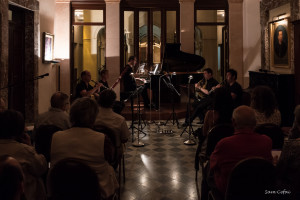 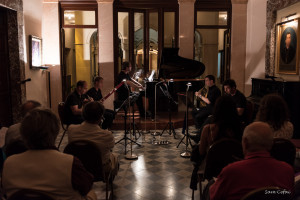