The beauty of music is that it has no borders. It brings together artists from different countries and here was the case with this event, second one this week to a live audience. Inmaculada Muñoz Salgüero is from Spain and like Polish pianist Julia Miller, has been resident in Malta for a number of years. The former lady is a member of our Malta Philharmonic Orchestra while the latter lady is a recitalist and accompanist. The two got together in a programme of works by French, German and Spanish composers.

In many cases the popular violin and piano duo recital comes in a mix where the piano could be performing a merely accompanying role as well as an equally prominent one as the piano’s.

The recital commenced with the famous Méditation from Massenet’s opera Thaīs. It served as a delicious warming up with the violin’s deep felt almost trance like interpretation of the magical piece enhanced by the support of the piano. There was no such support because the Adagio, first of J.S. Bach’s 4-movement Sonata n.1 in G minor, BWV 1001 was composed for solo violin.  One would have preferred to hear this Adagio within the context of the whole Sonata. Still one could appreciate all the care and concentration which the violinist displayed.

By far the most challenging work for the duo was the Sonata n.3 for violin and piano in D minor, op. 108 by Brahms. It is one of my top favourites in the genre together with Franck’s glorious coeval Sonata in A Major. On the whole, this last violin and piano sonata by Brahms brings to a lofty peak his crowning achievement in the form. It was an exciting performance in which one enjoyed the balance, fine work and rapport between the two musicians. The violin frequently enjoyed playing the leading role in what fir long remained a healthy dialogue with piano. The latter had an increasingly important role especially in the concluding Presto agitato. This brought home very convincingly this lovely work.

The recital ended with a work from the violinist’s native Spain. This was Sarasate’s Romanza andaluza, n.1 from Danzas Españolas, op. 22. She performed it with verve, handling very well the increasingly technical challenges to ever-supportive piano accompaniment. This work was conceded as a welcome encore. 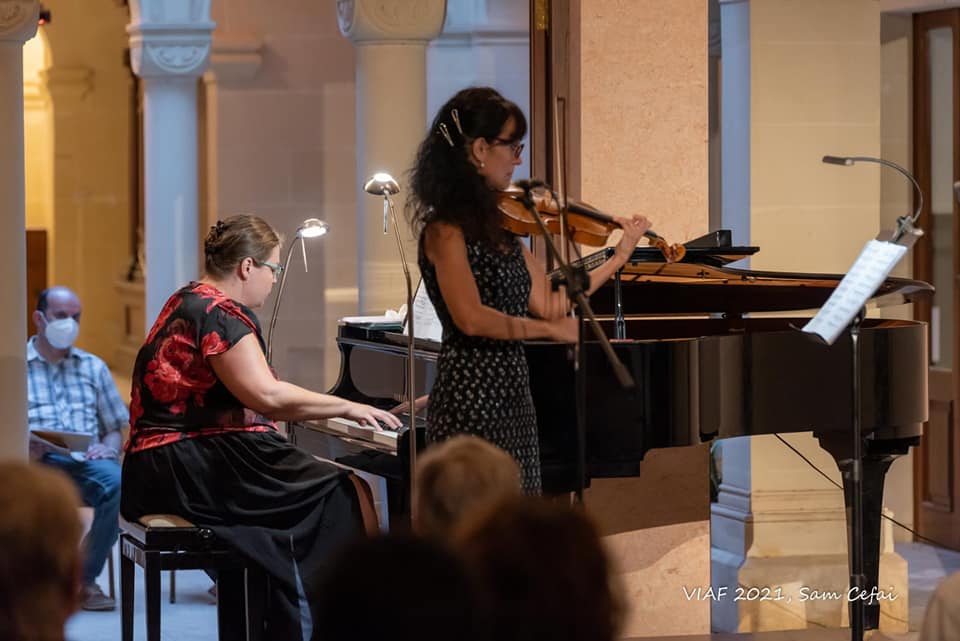 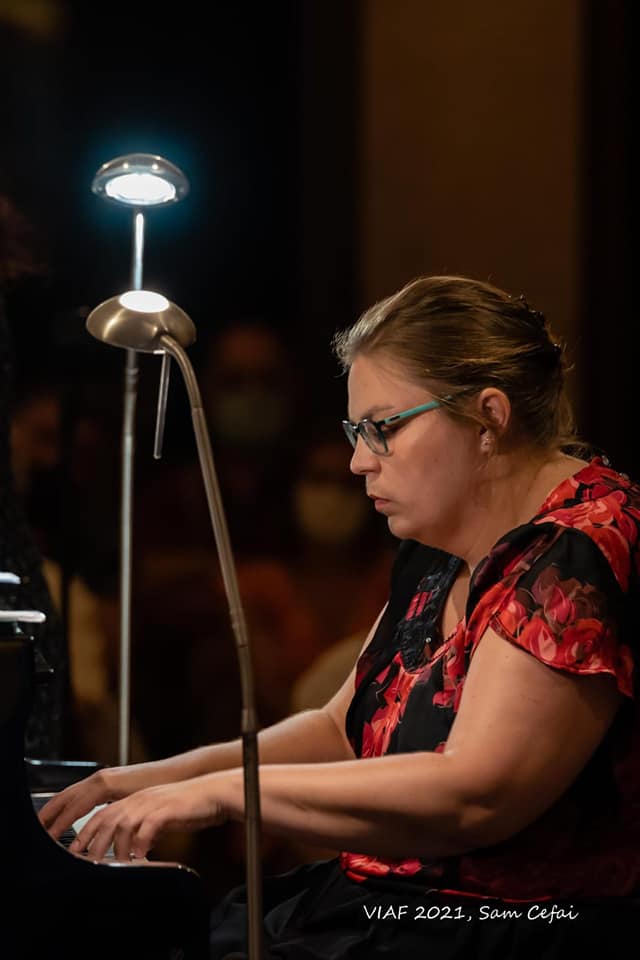 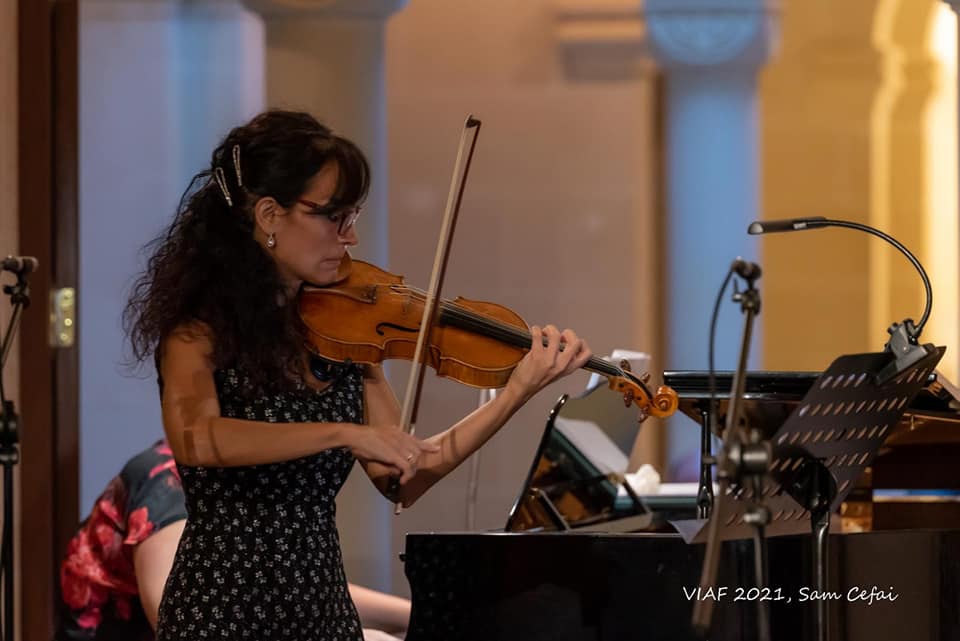