Yesterday evening’s pianoforte recital by world-class Young-Choon Park was one in a million. Stretching a full 105mins, the audience was mesmerized by the sheer delicacy, power, range and depth of the interpretation of four massive works by Mozart and Beethoven.

Starting her epic recital with two Mozart Sonatas, namely, Sonata in Bb Major no.13 K.333 and Sonata in A Major no.11 K.331, the latter better known as ‘alla turca’, Young-Choon Park immediately established her supreme mastery, understanding and knowledge of the works. Hers was a scintillating performance and one could sense that in her Mozart found the quintessential performer. In fact, the understanding that I got after her rendering of these two great Sonatas was that ‘this is the way Mozart has to be played’. It was a performance that could not really be bettered. The delicacy of the touch, the refined nuances of the dynamic range, the crystalline articulation and, above all, the superb tone that she managed to coax out of the piano was the stuff of legend.

Next came two of Beethoven’s best-loved and best-known Sonatas, namely, his Sonata in D Minor op.31 no.2 (Tempest) and Sonata in F Minor op.57, better known as ‘Appassionata’. If the Mozart had established an insurmountable peak, then the Beethoven consolidated it. This was a performance of massive proportions, symphonic in its reading of the scores and fathomless in the depths of interpretative power that this giant always manages to dig up. Starting first with the opus 31 no.2, ‘The Tempest’, the listener immediately tries creating an analogy with Shakespeare’s work of that name. The composer famously dismisses an inquiry about the meaning of this work. He simply advises the audience to read Shakespeare’s The Tempest; given the music’s overtly dramatic character, it is easy to see how Beethoven may have drawn parallels to, or even inspiration from, the Bard’s famous romance which, despite its obvious turbulence is one that ends with the reconciling of opposing forces and the regeneration of good.

Young-Choon Park immediately displayed this dialectical tension, manifest in the first six measures, which present two vastly different ideas: an ascending Largo arpeggiation of the dominant chord, juxtaposed against a frenetic repeated-note Allegro figure that descends and halts abruptly on another dominant chord. It is this passage, and not the ascending forte arpeggios in the bass that appears a few measures later, forming the main substance of the movement’s first thematic group. This becomes clear when, in the recapitulation, Beethoven dispenses with the forte passage, connecting the main and secondary themes with new material, which in itself is not an unusual sonata-form procedure. The whole represents the most concentrated, motivically-conceived movement Beethoven had yet composed.

The second movement, Adagio, is in B flat major; the movement’s tonality is worthy of comment here, since it plays an important modulatory role in the third movement. Like the first movement, the second is a sonata Allegro and opens with a broken triad; unlike the first movement, however, it lacks a development section, and has clearly-articulated first and second themes. The D minor finale is again a sonata Allegro. The first theme outlines the tonic triad, while the contrasting second theme moves in almost completely stepwise fashion. In the development section Beethoven employs the first theme exclusively, using repetition and prolonged harmonies to create an overpowering sense of anticipation. Portentously, Beethoven provides further development in a coda that is as long as the exposition.

If the interpretation of this work was a success, then, that of the ‘Appassionata’ was a triumph. Opening with a dark, enigmatic theme – one of the most striking and exciting curtain-raisers in any of Beethoven’s Sonatas – the work abruptly exploded with what some have called shrieks of rage. It made immediate, fearsome demands upon the pianist, calling both for percussive handfuls of chords and accompanying figuration demanding the utmost delicacy. The movement was driven forward with a demonic intensity and a daring harmonic sense; the opening phrase, for instance, is repeated a half-step higher in the second phrase, momentarily shrouding the tonal centre in a strange, unsettling ambiguity. Prefiguring the dot-dot-dot-dash motive of the Fifth Symphony among its rhythmic materials, the Appassionata unfolded with a volatile, start-and-stop rhythmic scheme that lent it a particular sense of conflict and urgency. In one of the classic examples of Beethoven’s organic motivic sense, the second theme of the first movement makes clear reference to the first; while the genesis of its rhythm and contour is obvious, Beethoven here transforms it into a lyrical and yearning if brief moment of respite.

The second movement, a relaxed Andante, is a set of variations on a simple, chorale-like theme that retains a shade of the dotted rhythms of the first movement. It was so beautiful, an embrace of love. Here, the listener could sense a profoundly kind and gentle soul, deeply wounded and yet daring to give itself to fervent abandonment, speaking from these tones, a pure and rich human heart. No-one else could pass from one extreme to the other without losing his bearings, but Beethoven is never lost; his elemental power saves him alike from sentimentality and from excess. He is the pure Classicist. No matter how soft and tender, he always remains the giant. In a few measures he can illumine the depths of his soul as if with apocalyptic lightning. This occured when the variations gradually increased in activity; a sudden reprise of the more sedate original theme, leading without pause to a savage, impassioned finale. Here, Beethoven makes formidable demands upon both instrument (especially the pianos of his own day) and player; the Presto finale is nothing so much as a pounding blur of fury.

As evidenced in the choice of the two Beethoven Sonatas, one could feel the tremendous power and sharp edge of the composer’s music, the fervour and warmth of his heart and, above all, its humanity. This was a concert in a million, one that any music-lover would pay a huge amount of money to listen to in any of the prestigious concert-halls all over the world. Incidentally, that’s what I paid in Paris last year when I heard Young-Choon Park play at the famous Salle Pleyel. In Aula Mgr G Farrugia this wonderful concert was offered for free…. It doesn’t get much better, does it?? It is up to us to appreciate the full advantage of the miracle that is the Victoria International Arts Festival. 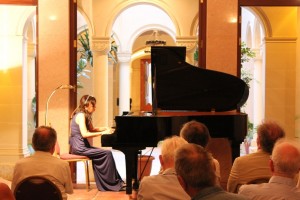 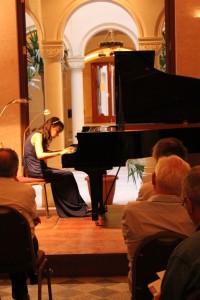 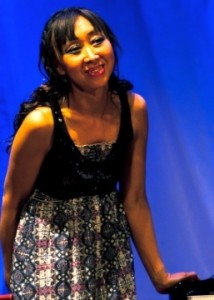