The second of three choirs to perform in as many days hails from Rome. More precisely, it is the Schola Polifonica Romana under the direction of its most charismatic leader Roberto Colavalle, himself one of the most brilliant contraltisti one is likely to listen to!

In a concert that merges seamlessly the polyphonic tradition of the fifteenth and sixteenth century with the world of entertainment, the programme includes Renaissance motets together with works by Piccioni, Passereau, Banchieri, Trovajoli, Colavalle himself and others.

The concert will be held at the Exhibition Hall, Ministry for Gozo, and starts at 8pm. Don’t miss it!!

Schola Polifonica Romana came into being in 1994 and is the brainchild of Pino Tuccimei, who decided to bring together two musical realities born of discrete roots, namely, the evergreen reminiscent of the famous group The Platters, and the classical polyphonic Roman tradition of an eight-member professional group directed by multi-talented Robert Colavalle. Made up of the best singers from the legendary Cappella Pontificia Sistina and the Basilica Patriarcale di San Pietro, Vatican, Schola Polifonica Romana is a foremost promoter of polyphonic music of the late Mediaeval and Renaissance style, Baroque and modern. The choir has sung all over Italy in the most prestigious venues and has also participated in liturgical functions at the Chiesa Romana dei SS. Vincenzo e Anastasio, Fontana di Trevi, and at the Circolo San Pietro. In 2006, Roberto Colavalle, through his professional acquaintance with Armando Trovajoli, came to know a group of non-professional singers whose beautiful quality of voice and passion for singing inspired Colavalle to take on the directorship of the choir in the full belief that even with non-professionals one can achieve professional results. Together with the sterling services of Monica Cognoli, who takes care of the technical side of things, the choir managed in a short time to reach such high standards that Colavalle decided to integrate the group with the Schola Polifonica Romana. Performances are numerous and diverse, from liturgical functions to participation in the world of entertainment. The coming together of both groups has enabled their repertoire to develop and grow bigger, and it regularly collaborates with the Orchestra Italiana del Cinema, amongst others.

Roberto Colavalle started his singing career at the young age of 9 when he was admitted as a boy soprano in the legendary Cappella Musicale Pontificia Sistina under the direction of the famous Domenico Bartolucci. Winner of numerous awards he continued his career at the Cappella Sistina as a tenor/altus. It was at this time that Roberto started taking an interest in composition, under the inspiration of Bartolucci. In 1993 he joined the Choir of the Academy of Santa Cecilia, Rome. Roberto is also very busy in the world of serious entertainment, collaborating closely with the Teatro Sistina, Rome, and with leading actors Raoul Bova and Giovanni Martorana. Roberto is also the director of the famous Schola Polifonica Romana and is the Italian representative for the Victoria International Arts Festival. 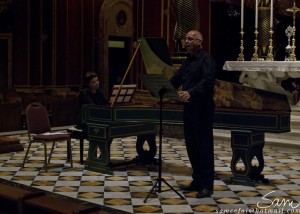 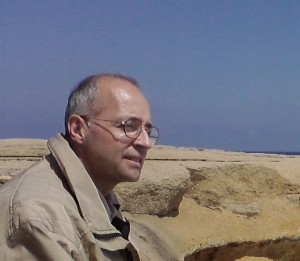