Saxophonist Sam Corkin and Pianist Timothy End will give the final chamber concert of this year’s 19th edition of the Victoria International Arts Festival.  They will perform works by Marcello, Dowland, Rodney-Bennett, Rachmaninov, Bozza, and Joseph Vella. The concert will be held at the Ministry Hall, St Francis Square, Victoria, and starts at 8pm.

Sam Corkin is an undergraduate at King’s College, London, and he also studied the Saxophone at the prestigious Royal Academy of Music.  Graduating in 2007, he went on to study for a Master’s Degree in Advanced Performance at the Guildhall School of Music and Drama, where on completion he was awarded a prestigious Artists Fellowship for a further year of study.  In demand as a soloist, recent engagements include performances at music Festivals in York, Canterbury, and Malta.  Working with composers from across the country, Sam’s interest in promoting new music has led him to premiere several works for Piano and Saxophone. Additionally, his recent collaboration with Siglo de Oro has so far resulted in fifteen new commissions for a cappella choir with an obbligato saxophone line.  This represents a considerable expansion of the existing repertoire for choir and saxophone, and also reflects Sam’s secondary work as a vocalist.  Aside from performance, Sam has written and contributed to a number of published books on the Saxophone through the publisher Music Sales.  He also works as an educator, including working within the Music Department of Canterbury University.  www.samcorkin.com

Timothy End is an Associate of the Royal Academy of Music, where he studied the pianoforte with Julius Drake.  A multiple first-prize winner, Timothy was awarded both the Pianist Prize and the Jean Meikle Duo Prize at the Wigmore Hall Song Competition.  Further prizes include the Gerald Moore Award, the MBF Accompanist Prize at the Kathleen Ferrier Competition, the Accompanists’ Prize at the Maureen Lehanae Vocal Awards, and the Parnell Award for an Accompanist at the ROSL Annual Music Competition.  As a Samling Artist, Timothy has performed at the Wigmore Hall and the Sage, Gateshead, and has also played at the inaugural Domingo Festival in Seville.  He recently gave a recital with flautist Helena Gourd at the Royal Festival Hall for the Martin Music Scholarship.  He has appeared on BBC Radio 3 ‘In Tune’ with the horn player Richard Watkins, violinist Fenella Humphreys, and mezzo-soprano Marta Fontanals-Simmons.  Timothy graduated with a first-class honours degree in Music from King’s College, London, and a DipRAM in Piano Accompaniment from the Royal Academy of Music.  He is also the Accompanist for the Philharmonia Chorus and the City of London Choir. 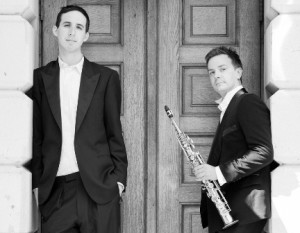