Fresh from their extraordinary successes at a few of London’s top venues such as the Wigmore Hall, the Royal Albert Hall, the Royal College of Music, the Cadogan and a few others, Gozitan saxophone virtuoso Philip Attard and equally virtuosic Maltese pianist Christine Zerafa promise a most exciting evening tomorrow in a concert of formidable works by Franck, Hindemith, and Yoshimatsu.

The concert, which will be held tomorrow, Sunday 28th June, will be held at the Aula Mgr G. Farrugia and starts at 8pm. Come along, you won’t be disappointed!!

Philip Attard is a Gozitan saxophonist and has appeared in several concerts around Europe and the U.S.A., including solo performances at the Manoel Theatre, Cadogan Hall, V&A Museum, St James Piccadilly, and the Elgar Room at the Royal Albert Hall. Philip is currently studying at the Royal College of Music, London, where he has been the recipient of various awards, to include the RCM Concerto Competition, the Jane Melber Saxophone Competition, the Edward & Helen Hague Solo Woodwind Competition, and the RCM Douglas Whittaker Woodwind Chamber Competition. Following a successful audition for the Tillett Trust’s Young Artists’ Platform, he will be giving his debut performance at the famous Wigmore Hall this December. He is also overall winner of the 9th Young Musician Contest, and prize winner of the Malta VHMIF International Music Competition. Philip obtained a first class B.A.(Hons) degree in Music from the University of Malta, majoring in saxophone performance under the tuition of Godfrey Mifsud, and with Roberto Frati at the Conservatorio Luigi Cherubini, Florence. He is currently reading for a Masters degree at the Royal College of Music, studying with Kyle Horch.  He is supported by the Janatha Stubbs Foundation and the Malta Arts Scholarships.

Christine Zerafa is a Maltese pianist who has appeared both as soloist and chamber musician in various major venues and Festivals in Europe and the U.S.A., including the Royal Festival Hall, Wigmore Hall, the Elgar Room at the Royal Albert Hall, St James Piccadilly, the National Gallery, the Chiesa di Santo Stefano al Ponte, Florence, Lotherton Hall, Leeds, and the Carriage House Centre for the Arts, New York.  She has been a recipient of various awards, including the national Bice Mizzi Competition, the RNCM Clifton Helliwell Memorial Prize, and the ensemble prize in the VFIMF International Competition.  Recently, she was awarded the Scott Huxley Prize for pianoforte accompaniment and the Eric Brough Memorial Prize at the Royal Academy of Music, London, where she is currently studying. Christine gained a MMus in solo performance from the prestigious Royal Northern College of Music, under the tuition of Normal Fisher and Paul Hanes, after which she moved on to further her studies with Andrea Lucchesini at the Scuola di Musica di Fiesole, Florence. Having a great passion for collaboration with singers and instrumentalists, she is currently reading for a MMus degree in pianoforte accompaniment at the Royal Academy of Music under the tuition of Michael Duseek, Malcolm Martineau, and Ian Brown. Her studies are kindly supported by the Janatha Stubbs Foundation, the Malta Arts Scholarships, and the Gilling Family Scholarship. 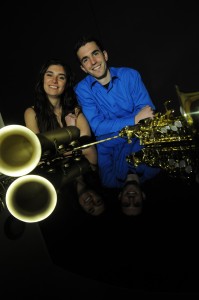 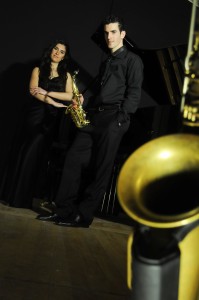