On Saturday 16 June, the Royal Conservatoire Brass of Scotland regaled a delighted audience with a programme ranging from the classical repertoire to the more contemporary.  This concert has always been held on the roof-top of Il-Hagar Museum, with its splendid views of Gozo.  However, given the strong winds that hit the island over the weekend, the organisers had no option but to relocate the concert to St George’s Basilica.

Consisting of ten students from the Royal Conservatoire this is one splendid ensemble.  The tradition of brass and wind bands in the UK needs no defending – they just get it right. The beautiful tones of the various instruments, ranging from trumpets to horns, to trombones and bass trombone, and tuba never fail to excite.  It’s like listening to the swelling tones of a grand organ, lush, rich and always controlled.  The direction of John Logan is clear, passionate and brisk.  All in all, this was a superb concert.

Starting with Dukas Fanfare from La Péri, the silver tones of the trumpets blended very well with the sonorous textures of the trombones.  It was a piece that heralded good augur and so it was.  The Arrival of the Queen of Sheba came next, a glorious Baroque piece punctuated with the mandatory pomp and circumstance of the narrative.  Rippling semiquavers which, in the original scoring are played by the string section of the orchestra, were tackled marvellously by the trumpets, no mean task one should add.  Articulation was brilliant and crystal clear and the glorious colour of the piece beautifully enacted.

Wilds Loch Mountain Lomond Thyme is a work by the horn player, R. Newth, a ravishing piece which is a reworking of the equally beautiful tune of Loch Lomond.  The utterly beautiful rendering of this work was dedicated to the memory of Mro Joseph Vella — this was one touching tribute that lingered well after the last notes faded away.  Hart’s Surprise Variations came next and this, like the following two pieces, attested to the all-round musicianship of the performers.  There was sensitivity, rhythm and clarity throughout.  Co-ordination was admirable and the ensemble responded to Logan’s direction in all its nuance.

Bassey’s Donde El Mar Saluda Al Cielo and Lecuona’s Malaguena are two works heavily imbued with a Spanish flavour — sultry, passionate and vigorous.  Beautifully executed, these two pieces were a taster, as it were, for the final piece, which was Bizet’s Dance Bohemia  from Carmen.  This was a superb performance that swirled and twirled incessantly, reaching dizzying heights of unparalleled music-making.  From the glorious trumpets to the aristocratic tones of the trombones, it was just unbelievable that such rapidity of motion, speed and articulation could emerge from brass players, including the horn and the tuba.  This was an arrangement for brass ensemble, the original, of course, being for symphony orchestra.  The thunderous applause that greeted the superb ending of this work elicited no fewer than 3 encores.  A magnificent concert through and through! 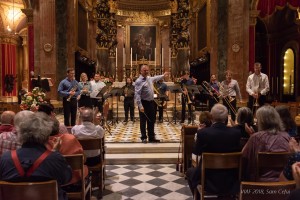 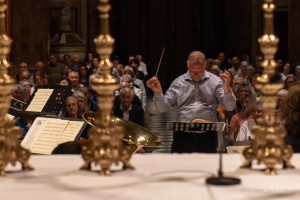 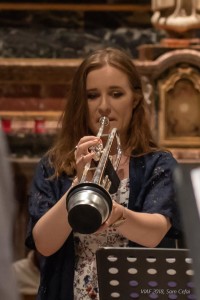 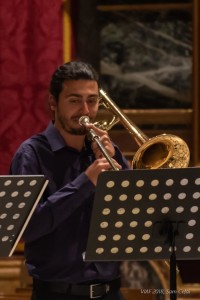 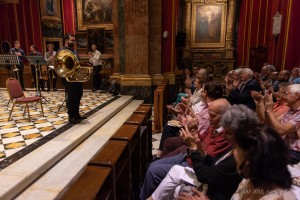 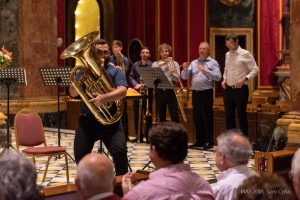 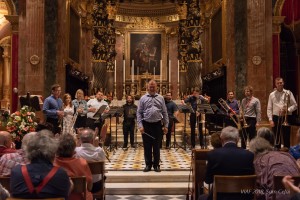 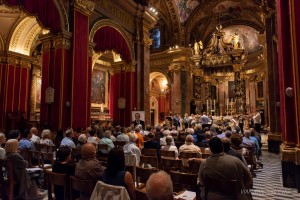 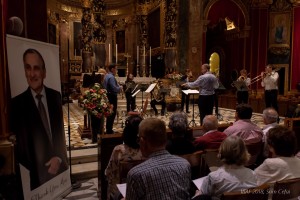 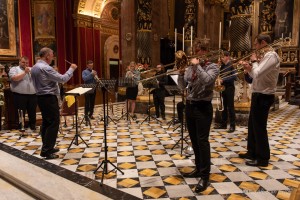