On Tuesday 21 June, at St George’s Basilica, prize-winning Baroque ensemble from Paris, together with virtuoso mandolinist Vincent Beer-Demander, will regale patrons with a wonderful programme of works by Geminiani, Vivaldi, Barbella, Paisiello, and Cimarosa. No fewer than 5 concertos written for Mandolin and string ensemble will be played on period instruments.  This will surely be one of the highlights that mark the short Baroque week within the larger framework of the Victoria International Arts Festival.  The concert starts at 8pm.

Le Jardin Musical Ensemble is one of the foremost Baroque ensembles in France.  Prior to coming together in the current ensemble, all musicians formed part of high-profile Baroque formations, most notably, Ad Fontès, Orchestre des Pays de Savoie, Swiss Consort, Ensemble Baroque de Nice, Les Musiciens du Louvre, and more.  It was on the initiative of its leader, Christine Antoine, that these wonderful musicians came together to form Le Jardin Musical, enabling the performers to act as soloists in their own right apart from contributing to the wonderful polyphonic fabric of Baroque music as an ensemble.  Le Jardin Musical seeks to capture the nuance and subtlety of the different Baroque texture that is the hallmark of the countries whose composers are represented in any one concert.  In this case, the Ensemble is this evening presenting Baroque music from Italy.  The musicians seek to further capture the aura of the Baroque temperament by performing on period instruments.  Mandolinist Vincent Beer-Demander is this evening joining the Ensemble to perform a series of concertos specifically written for Mandolin.  Le Jardin Musical have also recorded 2 CDs of Baroque music.

Vincent Beer-Demander is the recipient of numerous first prizes of competitions all over France, including the famous Ecole superieure de musique, Paris, and others in Europe.  After studying the Mandolin with Florentino Calvo and Ugo Orlandi, composition with Régis Campo, and chamber music with Alberto Ponce, he embarked on a hugely successful career, with performances taking him all over the world.  Apart from teaming up with renowned musicians such as Riccardo Sandoval, Roland Dyens, Roberto Alagana, and others, Vincent has also performed with The National Orchestra of France, Opéra Bastille, National Orchestra of Montpellier, Philharmonic Orchestra of Nice, and many more.  As a versatile composer and also a critic and writer of books published in Germany, Canada, and Spain, he has been commissioned works by famous musicians but still champions the original repertoire of the eighteenth and nineteenth centuries.  He holds a higher degree in ancient instrument performance and teaches at the legendary Paris Conservatoire and at the Mandolin Academy, Marseille, where he is responsible for the artistic direction of the Academy.  His discography reflects his musical eclecticism. 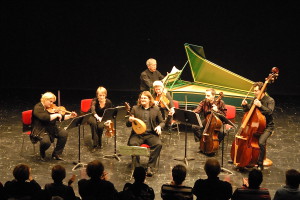 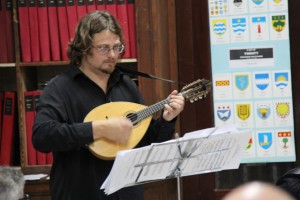