Urban Quartet from the heart of Paris gave a most polished and refined interpretation of three works written for the genre. Comprised of Virginie Dupont-Demailly, Julie Oddou (violins), David Vainsot (viola), and Natacha Colmez-Collard (violoncello), this quartet played with confidence, maturity, and engagement, delighting a full house at St George’s Basilica.

The first work on the programme was Samuel Barber’s famous Quartet in B Minor op. 11. In the words of music critic Donal Henahan: “Probably no other American composer has ever enjoyed such early, such persistent and such long-lasting acclaim”.

Barber’s first and only string quartet did not end up the way he intended it to, for the second movement eventually overshadowed the entire opus when he transcribed it for string orchestra as the Adagio for Strings. In addition, a projected last movement never really came together, and the piece as a whole became marked as a vehicle for bringing the Adagio to life.  The first movement has merit, however, in that it shows Barber experimenting with a style somewhat removed from his usual hyper-melodic idiom. Barber composed the piece in the summer of 1936 at St Wolfgang, Austria, a small mountain town near Salzburg, where he and Gian Carlo Menotti had rented a cottage.  It was premiered at the American Academy in Rome by the Pro Arte Quartet in December of the same year.  The finished work has two movements.  The first, Molto allegro e appassionato, is structured in a loose sonata form.  Reminiscent of Beethoven and unlike, in terms of rhetoric, most of Barber’s other works, it is structured around rhythmic motifs rather than on the basis of a central, emotionally-charged melody.  Urban Quartet tackled this movement with both verve and sensitivity, never allowing the sentiment to overshadow the intellectual value of the work.

The second movement, Molto adagio – Molto allegro, began with one of the most famous melodies in history, the slow, sensitive cantilena which became the Adagio for Strings.  This Adagio, now almost invariably played in its orchestral version, must be counted among the most familiar pieces of American concert music; it has become a popular classic and even exists in a choral version as an Agnus Dei.  In fact, it was beautifully performed last Thursday by the University of Delaware Chorale at St George’s Basilica.  Urban Quartet gave something very special to this movement, that archaic dignity of Renaissance polyphony; a rhapsodic ascending phrase was repeated, inverted, expanded, and embellished before rising to a brittle climax, then fading into silence. The gradual build-up and slow release of tension – the archetypical ‘arch’ form – gaves the work an inexorable quality. In the quartet it served the work well, giving point and focus to its neighbouring movements, although somewhat upstaging them by its eloquence.

Overall, the quartet came across is an intense meditation by a composer who, in his 26th year, already possessed the confidence and craftsmanship to make a powerful personal statement with clarity and sincerity.  It was poignant, ethereal, and dignified.  The second half of the movement, Molto allegro (originally intended to be the last movement) was a rather straightforward and perfunctory recapitulation of first-movement material.

The second work on the evening’s programme was John Adams’ ‘Second Movement’ from his Quartet no. 1.  Listening to the Second Movement, one would think that such repetitive, obsessively patterned music, minimalist and spare, would not allow much in the way of interpretative freedom.  Yet, in the able hands of the Urban, the more apparently constrained the structure appeared, the more possibilities it opened musically.   The discerning listener could grasp the composer’s harmonic sensitivity and structural control, which were breath-taking.  The entire movement unfolded as organically as the melody that is its idée fixe.

Next and last came the wonderful ‘American’ quartet by Dvořák, a massive 4-movement work that is both expansive and intimate in tone and style.  Ironically, Dvořák composed the ‘American’ Quartet while on holiday in the predominantly Bohemian farming community of Spillville, Iowa.  A spirit of relaxation and perhaps joyful homecoming inspired him to swiftly compose the Quartet within a few weeks.  Flowing, spacious, and bright, the music seems to reflect his disposition, if not, as some claim, the expanse of the American plains.  The most pervasive aspect of the Quartet supporting these qualities, as well as reflecting Dvořák’s general preoccupation with folk idioms, is the use of the pentatonic or five-note scale: nearly every primary and secondary theme throughout the Quartet uses a form of it.  Common in folk music around the world, the pentatonic scale omits the semitones found at the 4th and the 7th degrees of the more common classical scale, yielding a specific quality of broadness, stability, and a lack of tension, even in a minor key.  Whatever influences or expressive intentions lay behind this choice, it imbues the Quartet with a personality and a continuity that is distinctive and strongly evocative.  The most particular trace of the Quartet’s rural, American origin, however, is birdsong.  The third movement, Scherzo, features the song of the Scarlet Tanager, a bird that Dvořák heard and transcribed while hiking the countryside.  After an initial statement of a sprightly, rustic theme, the first violin sings the birdsong high in the treble range.  The instantaneous evocation of dance, of the outdoors, and the piercing simplicity of nature’s own music define a pure moment of folk music as high art.

There was both spontaneity and gaiety in the interpretation of this work.  While lacking the raw emotion one normally associates with Slavic works, Urban gave a most sophisticated rendering to the work, one that was characterised by poise and refinement.

This concert was the first one that featured a String Quartet in this year’s VIAF programme. Surely, a harbinger of very promising things to come! 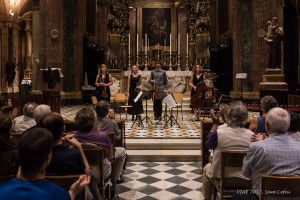 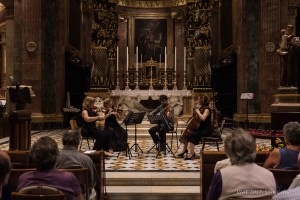 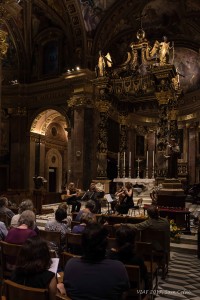 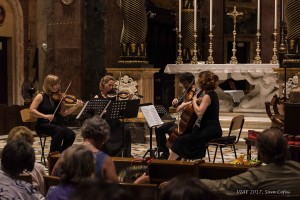 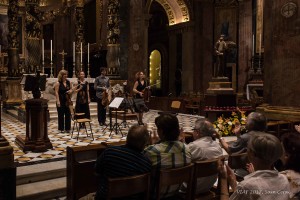 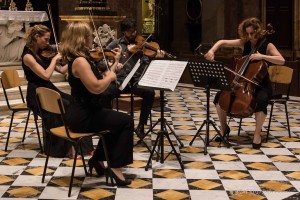 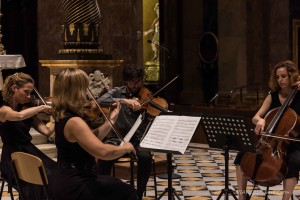 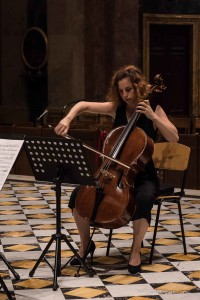 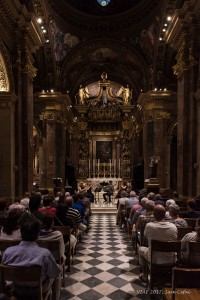 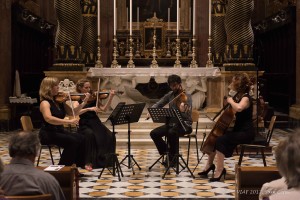