In a programme of works that will see the audience regaled with both the sounds of the old Baroque organ and the new one at St George’s Basilica, this evening’s concert promises to be a most interesting one for organ lovers. With works ranging from those by Bach, Mendelssohn, Frescobaldi, Froberger, Handel, Byrd and Lefébure-Wély the evening promises to be a most varied and exciting one.

Benedict Lewis Smith is one of the U.K.’s top organists.  Recent seasons have seen him perform at the Royal Festival Hall, UK, broadcast on BBC Radio 3, and play for a master class at the National Opera Studio in London as a répétiteur. Benedict continues to work with some of the world’s leading choral and operatic establishments in concert and on disc. As a répétiteur, he recently played for an Italian master class at the National Opera Studio, under the baton of Mark Shanahan, and has previously worked with Co-Opera Co and alongside the London Handel Players as a continuo player. He is currently working on La Traviata with Opera Lyrica, to be performed in the 20th Century Theatre, Notting Hill. Following on from a degree in Music at the University of Oxford, Benedict is now much in demand as a conductor. He conducted Le Nozze di Figaro in the Sheldonian Theatre, Oxford, and recently recorded a disc with the digital label Resonus Classics. Future performances include a Summer programme with Wokingham Choral Society. Previously, Benedict directed the music at St. George’s School, Windsor Castle. 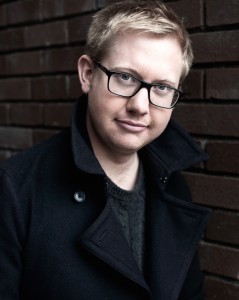