Typical of comets Comet Musicke came to St. George’s basilica, brightly illuminated that superb baroque ambience with their music-making and left leaving behind an audience with a wonderful feeling of having experienced a first class performance. Everybody wants them to come again and I am sure they will because as some comets tend to do, they WILL return. One hopes not as Halley’s does every 75 years or so!

It was not just the music which made the evening most enjoyable. It was the rapport established between performers and audience. The programme was prepared and extremely well-researched so different members of the ensemble could pass on very interesting background information about each piece performed, and, very often, these included some very witty remarks.

The music of Monteverdi dominated the programme one which reflected the great versatility of the man who was composer, singer, instrumentalist and expert at sacred and profane works. Also a caring husband and father, he was ordained priest after a spell of widowerhood and was composing opera almost until his death at 76! What a genius! Genius reflected in his work thanks to a selected variety which was superbly projected by Comet Musicke.

What they have to their advantage is not only do four of them perform very proficiently on a variety of instruments but four of them are singers with the bulk of solo singing falling on mezzo-soprano Marie Favier and tenor Francisco Mañalich. The former’s only instrument is the best one of all: the voice. Hers is a lovely mellow voice while the latter has that typically Iberian timbre, warm and strong. Both singers sang with impeccably expressive precision. Mañalich also performed on the viola da gamba and baroque guitar. The other gambista was Aude-Marie Piloz, Camille Ranciére (violin, viola, voice) and Cyrille Métivier (cornet, violin, voice) were the other members of the ensemble. Music by Ingegneri,
Banchieri, Peri, di Lasso and the contemporary composer Christopher Gibert (whose tribute to Monteverdi based on the latter’s Ego flos campi) was performed. This concert ended up with a well-deserved standing ovation. 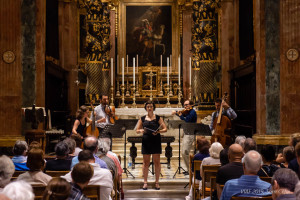 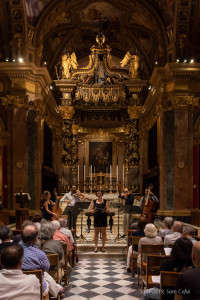 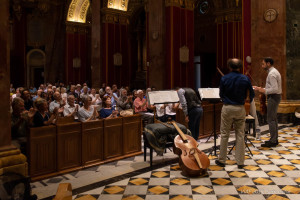 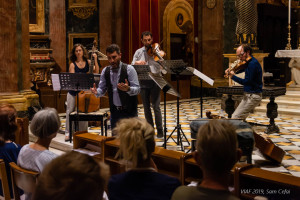 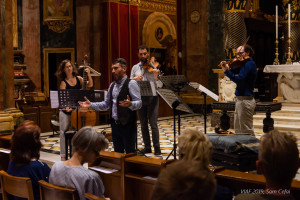 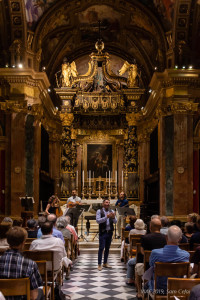 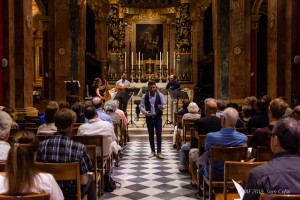 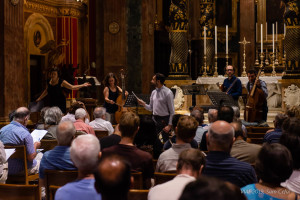