Well-known artist and leading art historian Dr Mark Sagona will have a new art exhibition inaugurated this evening at Il-Ħaġar Heart of Gozo, the state of the art museum in the heart of Victoria. The inauguration will be at 8.30pm, immediately after the presentation by Jennifer Barker and John Palmer.

In his latest collection of paintings, produced since the conclusion of his Ph.D. in mid-2014, Mark Sagona finds a synthesis of his artistic journey.  These new works are the fruit of the artist’s recent painting research which brings together the language of his earlier abstracts and landscapes with the more expressive and energetic brushwork of his later abstract paintings. These compositions are recent mutations of a continuous inner, spiritual impulse which is charged with the magic of light, the sensuality of colour and the stability of form.

Mark Sagona was born on the small Mediterranean island of Gozo, Malta, in 1976.  He is both an artist and art scholar. Sagona was exposed to art from a tender age in the studio of his father Joseph (b.1942), and subsequently at the Malta Government School of Art, Valletta, under artist Anthony Calleja (b.1955), and at the University of Malta, where he established close contacts with artist and scholar Joseph Paul Cassar (b.1958.) At the University of Malta, he graduated First Class B.A.(Hons) in 1999, achieved his M.A. with Distinction in 2003, and more recently he was awarded a Ph.D. in Art History in 2014. Since 2000, he has held several personal exhibitions including one at the Maltese Embassy, Paris, and others at the National Museum of Fine Arts and St James Cavalier Centre for Creativity, Valletta. His works have also been exhibited in Rome and Brussels, and in numerous local collective shows. Throughout these years Sagona’s art has moved on to research, interpret and explore a wide array of themes in a distinct personal timbre. In particular, he has associated himself with the abstract genre. As an art scholar, Mark Sagona has conducted pioneering research on the decorative arts in Malta, and has published numerous studies and delivered lectures on various aspects of Maltese art and artists in local and international publications. Since 2004, he has been a visiting lecturer in Art History and Painting in the Department of History of Art, Faculty of Arts, University of Malta. He also lectures on Art and Culture at the Gozo Sixth Form. Works by Mark Sagona are scattered in numerous public and private collections in the Maltese Islands and in Australia, Italy, France, Germany, Norway, Switzerland, Luxemburg, the United Kingdom, and the United States of America. His art has also featured in several local and international publications. 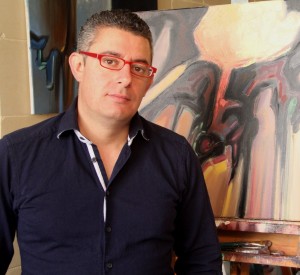 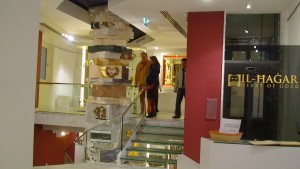 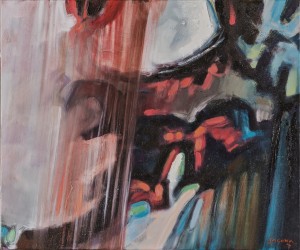