Natascha Chircop and Marco Rivoltini are a highly accomplished and widely respected husband-and-wife duo who are among the few durable such duos in these islands. Apart from that, they are also practising soloists in their own right and are equally successful at that.

Their choice of programme usually includes different styles and idioms and the case this evening was yet another such example. There were moods and emotions galore, tempi flying all over the place and all expertly projected by the duo. Precision and articulation was paramount and so was the timing. Mutual support and coordination at their best.

I cannot deny my utter worship of Schubert’s every note. I find his music as the epitome of beauty, warmth and taste. Even at his most dramatic, his music never fails to mesmerise. Besides, knowing how hard he struggled to survive and how early death struck him, I can never keep this tragedy far away from my mind.

Schubert’s great Fantasia in F minor, op.103/D. 940 is an adorable work. Composed ten months before and premiered six months before his death. The sad, mournful nature of the opening bars recur throughout the four connected sections of the work. Who knows, it is perhaps a gentle premonition.  The very strong language of the turbulent Largo is a kind of challenge expressed very strongly its pathos and power. The strong double fugue in the Allegro vivace made for a very strong statement only to melt away with that touching leitmotif. So, it was back to Tempo primo (Allegro molto moderato) in the final section of the work. What a glorious work and how superbly it was projected!

The remaining part of the programme featured works by three different composers, all-active during the 20th century and all with their own individual voices. The earliest work was Hindemith’s only sonata for piano duo (1938). There were very well controlled and sober exchanges between the two pianists in the opening Mäßig beweget. Such calm was needed as I gradually got used to this completely different sound world. By the time the central movement marked Lebhaft came along, one could feel at home with its playful nature and at times teasing and ironic passages. The long conclusion (Ruhig bewegt) packed a lot in its comparatively longish duration. It was elegantly performed and with much style. There was no lack of balance between the performers and all the concentration the timing needed to cope with frequently changing tempi was there.

By its very nature Barber’s Souvenirs Ballet Suite, op.28 (1951) in six movements provided a rich, colourful tapestry. The opening Waltz was very attractive. It’s basically elegantly, charming theme at times had an air of poking fun with purposely inserted wrong notes. The Schottische was fun and snacked of parody but was balanced by the serious nature of the Pas-de-deux which followed, marked Adagio. The Two-Step (Allegro molto) was a romp and the Hesitation-Tango (con moto) had a central mid-section at times brash at others more agreeable, flanked by rather more exotic music. The concluding Galop was another fun piece; witty and colourful it was a fitting conclusion of this entertaining suite.

Bernstein’s overture to Candide is a great piece popular and buzzing with life, vigour and excitement. With its many themes appearing and flying here and there; without any full development ever materialising, it reflects the almost wild trait Bernstein’s personality could often produce. Brief as they two themes keep recurring keeping abreast of the briskly changing tempi two very able performers had to be in perfect synchronisation…and they had it. Thank you for a marvelous performance and the little jazzy encore, Dance Portrait n.1 by Allen Shawn (b.1948). 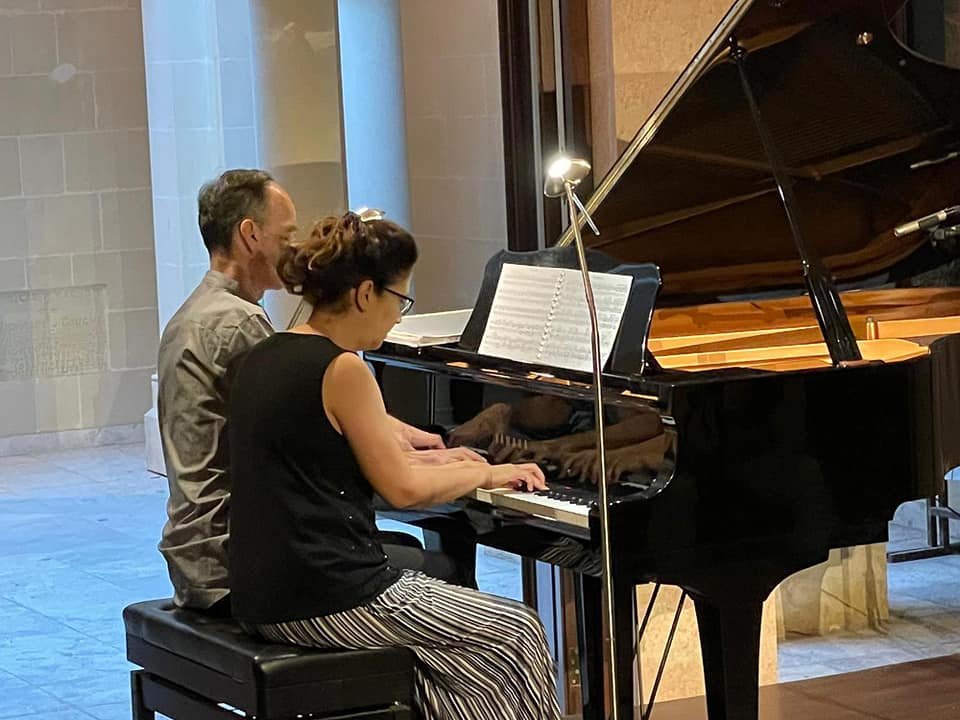 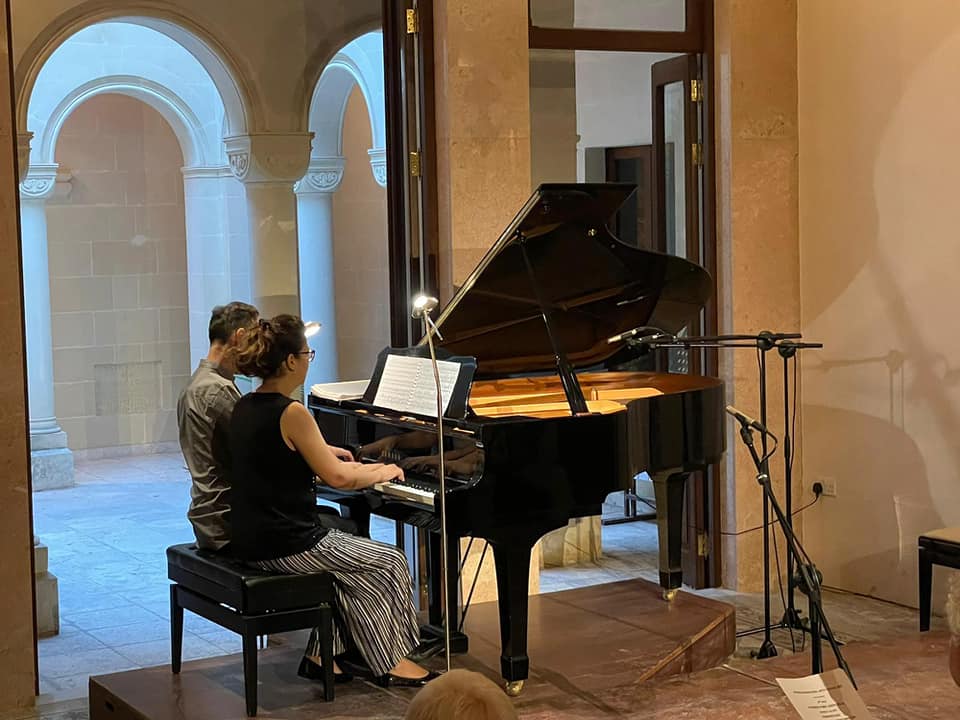