Another in the series of 22 chamber concerts that are programmed for this 18th edition of the Victoria International Arts Festival is an oboe and pianoforte recital by French-based virtuoso duo Marika Lombardi and Nathalie Dang.

A varied and exciting programme consisting of works by Bach, Schumann, Saint-Saëns, Poulenc and Rubbra will be performed. An oboe and pianoforte recital is not a common combination – don’t miss out!!

Concert will be in the Aula Mgr G. Farrugia and starts at 8pm.

Marika Lombardi was born in Italy and commenced her musical studies in Milan, passing both her oboe and chamber music examinations with distinction. Her solo career took off in 1988, when she left Italy for Paris.  There, she acquired various and diverse experiences and prizes in a few of the more prestigious academies, most notably, the Conservatoire National de Région de St Maur, Ecole Nationale de Musique de Montreuil, Ville de Paris and others. She pursued master classes with Pierre Pierlot, Hansjörg Schellenberger, Maurice Bourgue, Ingo Goritzki, Lothar Koch, and Sergiu Celibidache. She is prize winner of several international competitions and apart from a highly successful solo career, Marika is also very much in demand as a chamber music player. For the past fifteen years, Marika has been the Artistic Director of the International Music Academy and Festival ‘Risonanze Armoniche’, Lasino (Italy) and of the OBOE Festival, Paris.  Since 1992, she has been teaching oboe at the Conservatoire Municipal du Centre, Paris, and also at the national schools in Pantin and Chantilly, apart from other teaching commitments at the CRR d’Aubervilliers and at the Schola Cantorum. She has conducted master classes at New York University and has numerous recordings to her credit. One of her CDs, entitled SOLO, has been transmitted on radio both in France and Italy.  Marika plays a Howarth-London oboe.

Nathalie Dang is a solo recitalist in her own right, but her attraction to chamber music and accompaniment has made her a much sought after musician. Since graduating with a high distinction in pianoforte, chamber music and vocal accompaniment from the famed Conservatoire National Supérieur de Musique, Paris, she has never looked back. Working closely with Serge Zapolsky, with whom she discovered the rarefied art of vocal coaching, Nathalie obtained her Masters diploma in this genre in 1999. She has given master classes all over Europe and beyond, and is a prize winner in numerous competitions, namely, those in Florence, Barcelona, Zurich, and others. She has worked as a vocal coach in prestigious theatres such as those in Paris, Lyon, Vienna, and Brussels, working with conductors such as Minkowski, Pido, Casadesus, Ono, Altinoglu, and Hager. Her accompaniment duties see her working with advanced students of violoncello and singers at the Conservatoire National Supérieur de Musique, Paris, and she is also a voice teacher. She combines her teaching commitments with her accompanying, and her collaboration with Marika Lombardi has seen the Duo perform to great public and critical acclaim.  She also often plays the pianoforte with the Anemos Wind Quintet. 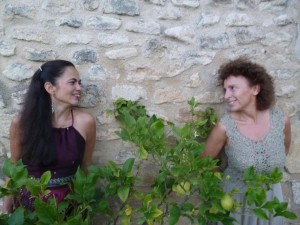 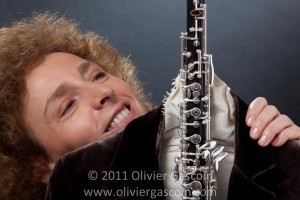