On Saturday morning, the Victoria International Arts Festival presented an unusual event in that it inaugurated a reconditioned square piano lately donated by VIAF Artistic Director, Joseph Vella, to the state-of-the-art Il-Ħaġar – Heart of Gozo Museum, right across from St George’s Basilica in Victoria.

After a warm greeting extended by Museum Curator and Archpriest Emeritus Mgr Joseph Farrugia to the patrons that packed the second-floor hall of the Museum , in a brief yet very informative explanation Joseph Vella explained the provenance of the instrument, how he acquired it from an auction in Floriana and how it lay dormant at his home in Rabat – Malta, for over 20 years.  When he donated it to the Museum, Mgr Farrugia and Prof Vella agreed that this instrument should not be yet another piece of historic furniture (which is more than valid on that count alone), but should be restored and reconditioned to its former glory.  They contacted Mr Anthony Spiteri, whose reputation as a restorer and tuner needs no defending, and the painstaking job was done with love, care, and dedication.  The result is a wonderful instrument that dates back to the first decade of the nineteenth century, but which is now playable.

Francis James Camilleri, who is one of the dedicated volunteers of VIAF, agreed to play a few pieces on the instrument.  It is not easy to come by repertoire that can be fully expressed on a square piano and Francis, being a classically-trained pianis,t is more inclined towards the canonical works that are normally interpreted on a grand piano.  That said, he raided his scores and came up with a short but charming programme that brought out the quaint, clear tones of the newly-restored instrument.

Francis is a student finishing his first-year University studies in Music and History of Art. He also takes private piano tuition with Karen Briscoe.  Although still very young, there is talent aplenty there, and his interpretations and dedication betray a maturity well beyond his nineteen years.  He started with a lovely Scarlatti Sonata, namely, Sonata in E Major L23. The Sonata opens hesitantly, the music wanting to lunge forward, it would seem, but is held back by an inner tentativeness or timidity.  After this clever start-and-stop playfulness, the music jumps to its feet and turns quite lively.  Soon a festive dance theme, one of Scarlatti’s best-known, is presented in stately chords, imparting a truly regal elegance to the atmosphere.  In the second half of the work, Scarlatti develops the material from the exposition, focusing mainly on the latter portion featuring the famous tune.  As with the exposition, the development section is repeated and then the Sonata ends, leaving the listener with a most memorable five minutes exquisitely interpreted by the performer.

Next came Mozart’s three-movement Sonata no. 15 in C major K545, deceptively called the ‘Simple Sonata.’  The pianist’s touch is one of wonderful sweetness, gentle yet firm, coaxing incredible dynamic nuances out of an instrument that basically has narrow and confined possibilities of dynamic colour.  Runs were easily negotiated, and phrasing was impeccable structured.  There was concentration and respect here, qualities that the pianist sustained throughout the entire performance.

Perhaps the work that best suited the dynamic range and tonal colour of the square piano was Beethoven’s Bagatelle in A Minor, better known as Für Elise.  After listening to it on the square piano one wouldn’t wish to hear it on any other instrument.  It fitted like a glove, conjuring up images of a nineteenth-century salon in all its delicacy and finery, an intimate context that is so typical of the age.

Last on the programme was Schubert’s utterly ravishing Impromptu op. 90 no. 3.  Perhaps of the four pieces, this was the least suited to perform on the square piano given that the dynamic potential of the work demands a bigger and more robust instrument.  That said, however, the pianist more than did credit to the work, and the underlying arpeggios that are the fundamental rhythmic structure on which the piece is built were fully articulated and beautifully brought out.

A very warm  and well-merited applause greeted the performer at the end of the recital. Afterwards, a hugely-successful fund-raising dinner to offshoot some of the expenses incurred in the restoration of the instrument was held at St George’s Basilica.

Victoria International Arts Festival is very proud to acknowledge that it is building an infrastructure the further enhances the potential and dynamic of the Festival.  It owns the best grand piano in a public space on Gozo, a harpsichord that arguably ranks as the finest on the islands, a Baroque organ donated to the Festival by Oxford organ scholar Richard Vendome, a first-class double bass which the Foundation bought last year, and now a fully-reconditioned square piano.  This complex of instruments enables the organisers to plan well-ahead with greater freedom, widening the repertoire of concerts, and regaling patrons with the best it can offer. 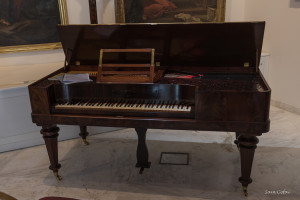 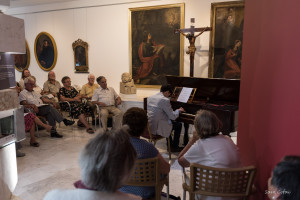 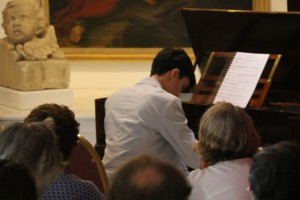 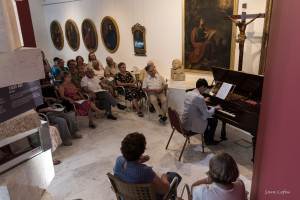 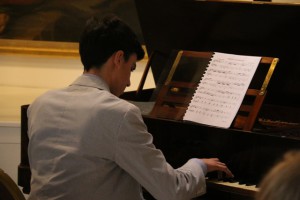 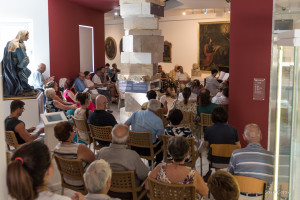 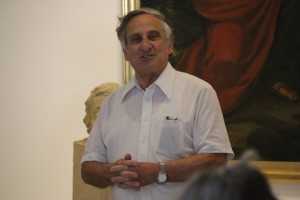 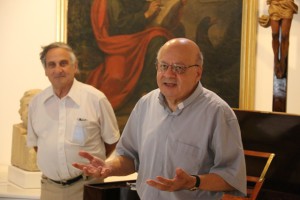