Surely one of Malta’s finest musical exports, classical guitarist Simon Schembri needs no introductions with Maltese audiences.  His is a reputation that is unimpeachable, constant and sustained through decades of intense performance schedules and equally dedicated teaching.

Invited back to give a concert at the Victoria International Arts Festival, Simon gave a concert on Sunday 8 July; in fact, it was the last one in a series of wonderfully diverse chamber music concerts that are identify VIAF as a leading event on the Maltese islands.  The following day marked the final concert in the 2018 series, with the Malta Philharmonic Orchestra again performing with yet another explosive Maltese talent, Carmine Lauri, under the direction of the superb Philip Walsh.

Performing to a packed St Francis Church in Victoria, Simon Schembri came up with an intellectually challenging programme.  Classical guitar music is invariably, and perhaps erroneously, associated with Spanish flamenco and folk music.  However, under the guidance of the great Segovia, the classical guitar was elevated, as it were, to the status of a classical instrument, equally capable of tackling Bach and Scarlatti as it is of interpreting Sor and others.  In fact, Simon devised such a programme: basically built around a fair number of Scarlatti Sonatas in-between which were interspersed pieces by other composers.

Starting with two Scarlatti Sonatas, the first in A Minor and the second in A Majot, an ambience of refinement was immediately created.  Schembri’s tone is noble and even aristocratic at times, clear and articulate, nuanced and strong.  In fact, all the Scarlatti Sonatas chosen for performance came in twos, generally contrasting in mood and style, alternating between the lighthearted and capering to the more sober and sedate.  There were twelve such sonatas, and it was incredibly interesting to hear the subtle nuanced colour that Schembri managed to give each one.  Scarlatti’s Sonatas are miniatures that were later developed into the fully-fledged paradigms of Haydn, Mozart, and especially Beethoven.  Yet, in microcosm, there is everything in these ternary structures: different subjects, small developments in some cases, even a coda at times.  There is syncopation and anacrusis, cross-rhythmic effects and hemiolas.  These gems offer infinite variety, something that Schembri fully exploited and brought out with understated elegance and controlled panache.

In-between these works, Schembri contrasted his programme by including pieces that were completely different in style and mode.  The first one was a Sarabande by Handel.  The Baroque master was an expert of the court suite, and the Sarabande in his hands acquired a dignity and magnificence only paralleled by that of Bach.  This interpretation moved in a noble and stately manner, and the controlled tones of the guitar superbly enhanced the salon atmosphere for which it is presumed the work was composed.

Bach’s works are monumental edifices, no matter how short they are.  Two Preludes manifested the grandeur of this much-revered composer.  Perhaps the genius of Bach is truly and unequivocally demonstrated in his contrapuntal networking.  The two works performed during the concert fully attested to this genius: whether moving in two, three or more voices, there is perfect coordination and balance.  It couldn’t have been easy articulating these inner voices, yet at such moments (and many others) Schembri showed what a true master he is of his art.  Voices could be distinctly heard yet together they formed one perfect whole.  There was no fragmentation here; unity was the purpose and it was superbly achieved.

Canarios by Gaspar Sanz was another insert in-between the Scarlatti works.  This piece is meant as a study for guitar players, yet one must also remember that it is a dance form and, therefore, special attention should be paid to rhythm.  Composed in compound time, with the natural rhythmic stress falling on the first and fourth beat of the bar, this short piece was impeccably executed by Schembri, with different tones brought out through applying diverse technical strategies.

The last work was the magnificent Fantasie by Silvius Léopold Weiss, an eighteenth-century Polish master lutenist and composer.  This work is an eloquent testimony to the refined, cultured taste that Weiss had embraced and absorbed from his education, contacts, and travels to the highest courts in Europe of his time, the late Renaissance, a period during which art reached peaks that have remained unparalleled.  The work started on an appropriately sedate and sober tone but which then developed into a rippling and cascading series of notes and chords that almost emulated the Baroque style of embellishment and ornamentation.

A prolonged, resounding applause greeted the end of this superb concert.  It was a fitting close to an incredibly high-powered series of chamber concerts that firmly consolidated the Victoria International Arts Festival as a high-powered musical event on the Maltese islands. 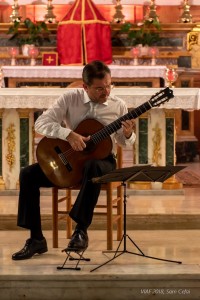 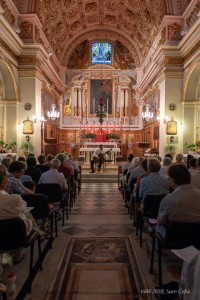 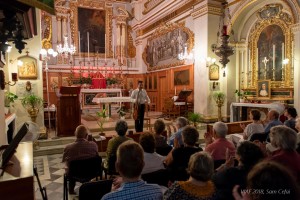 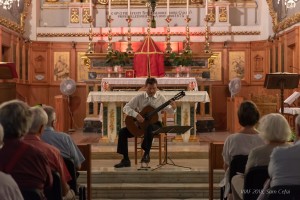 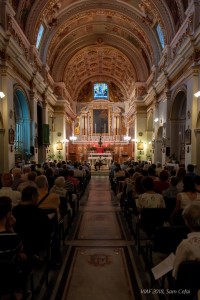