Tomorrow, 22 June, Ramona Zammit will give a highly-interesting recital of works by Byrd, Handel, Peerson, Bach, Marcello, and Rameau – a whistle-stop tour of European Baroque music.  The concert will be held at the Aula Mgr G. Farrugia and starts at 8pm.

Ramona Zammit Formosa commenced her Pianoforte studies with Fay Griscti Davies, following postgraduate studies in Holland and in London.  She took up the Flute as a second instrument, followed by the Harpsichord as her third.  Apart from specialising in the Renaissance and Baroque genre, Ramona is equally adept at interpreting twentieth-century and contemporary works for the Harpsichord.  During the Biennale held in Malta in 2005, Ramona gave the first-ever performance on the Clavichords built by Dr George Debono.  Together with her husband, flautist Silvio Zammit, Ramona has recorded CDs featuring works by Maltese composers, apart from other recordings of eighteenth- and nineteenth-century compositions with the Ġukulari Ensemble.  Ramona has performed extensively both in her native Malta as well as in Europe and also North America.  She has dedicated entire solo recitals to the great keyboard masters, most notably, Rameau, Bach, Reggio, Mozart, Grieg, and Liszt.  She is a Fellow of the London College of Music, and currently teaches at the Johann Strauss School of Music, Malta. 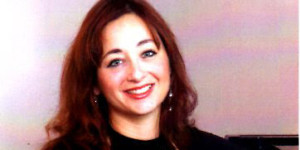