VIAF BAROQUE WEEK: ITALIAN GEMS PLUS ONE FROM GOZO

The fourth concert in this series, again at the Basilica of St. George, was held yesterday evening featuring the Arianna Art Ensemble from Sicily. Let it be said right away that it was a lovely concert. The Ensemble dug deep into the rich, vast treasury of Italian Baroque music and came up with a very interesting and varied programme.

As introduction they performed with due assertiveness and balance Domenico Scarlatti’s Sinfonia in C Major in which a sober Adagio is flanked by rapidly paced, energetic outer movements. In the same key followed a four-movement Trio Sonata by Caldara which was a pretty stylish rendering.  Later in the programme two more works were performed one of which is not heard so often, namely the Ciaccona in parte variate alla vera Spagnola by Pellegrino (c.1602-c.1662). This was very ably performed by Paolo Rigano on guitar and Cinzia Guarino. It was the only work in which harpsichord could be properly heard because in its continuo role it is barely audible.

Prior to the Ciaccona the Ensemble performed Vivaldi’s colourful Concerto for strings in D minor RV 128. There was more Vivaldi when Alessandro Nasello performed the brightly chirpy and cheerful Concerto in C Major for Flautino and Strings RV. 443. Its onrushing energy in the outer movements was tempered by the beautiful meditative central movement. This was a real tour-de-force for the soloist who combines great passion and restraint in his literally breath-taking virtuoso performance which was received with acclaim.

It was also a bit of a surprise to see Alessandro Nasello coolly taking on the solo part in Joseph Vella’s Concerto Barocco for Bassoon and Strings op. 92. He was as deft on the bassoon as he had been on the flautino. As violinist Beatrice Scaldini said, the Ensemble had worked hard on this work. It was surely challenging for them as it must have been for the composer who blended old Baroque form with modern techniques and at the same time making his own voice heard. Soloist and Ensemble managed to deal well with this, projecting the unusual qualities of this most interesting work.

The audience acclaimed this conclusion and an encore was conceded by the Ensemble which also includes Raffaele Nicoletti (violin), Giorgio Chinnici (viola) and Riccardo Palumbo (cello). 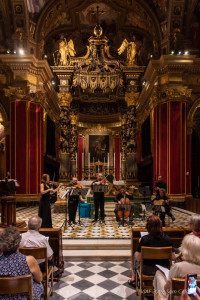 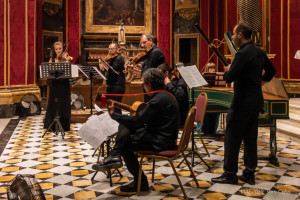 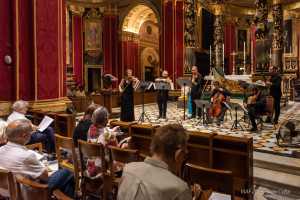 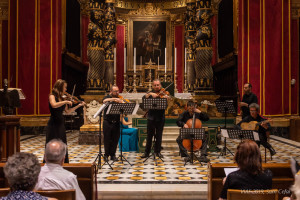 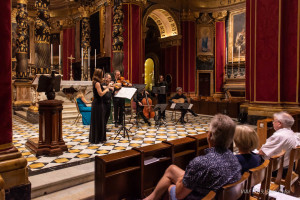 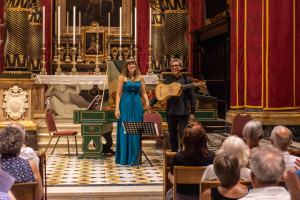 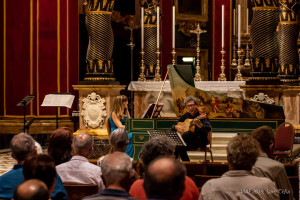 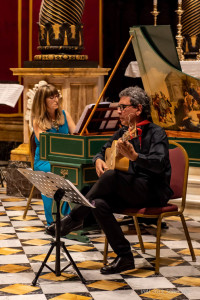 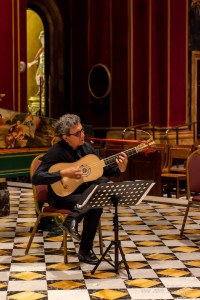 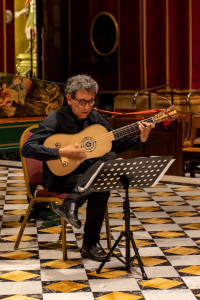 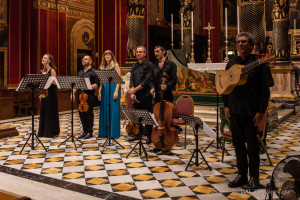