Leading Maltese pianist, Joanne Camilleri, will bring to a close five days of interesting and varied Baroque concerts for this year’s 19th edition of the Victoria International Arts Festival.  For this final concert, Joanne will tackle the monumental Goldberg Variations BWV988 by J.S. Bach. The concert will be held at the Aula Mgr G. Farrugia, and starts at 8pm.

Joanne Camilleri is a prize-winning graduate of the Royal Northern College of Music, Manchester, and also holds a Doctorate in Performance from the University of Malta.  Joanne’s versatility has seen her perform in numerous venues around Europe and Asia as a recitalist, concerto soloist, chamber musician, and orchestral/continuo player.  A musician with a wide-ranging repertoire, she has premièred works by contemporary composers, is a recurrent performer in the Valletta International Baroque Festival, and has performed concertos by Grieg, Saint-Saëns, and Chopin with British Orchestras and the Malta Philharmonic Orchestra.  She is also member of the Valletta International Baroque Ensemble, which specialises in the Baroque repertoire and perform on period instruments.  As a recording artist Joanne has released two solo CDs: In Bach’s Footsteps and J S Bach Goldberg Variations. 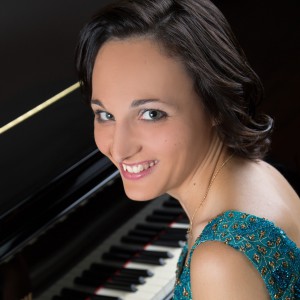