Could not be more Viennese!

Like some other great European cities famous for the high quality of their music-making, Vienna attracted composers, musicians, artists, poets, etc., and gradually made them her own. They came from far and wide and taking last Friday’s concert in this year’s Festival series, from very wide too.

The concert at the church of St. Francis of Assisi and presented in collaboration with the Austrian Embassy, Malta, featured a string quintet ensemble, the Wien Kammersymphonie. It is not the classic string quintet in which there are either 2 violas or two cellos, but the classic string quartet plus a double-bass for more sonority. There were parts of the concert, especially a waltz and two polkas by two of the Strauß brothers and the encore by Kreisler, which could not have sounded more Viennese. They were the only three composers on the programme born there. Mahler was born in Bohemia and Korngold in Moravia, S. Pelzl (b.1955) is Austrian but I could not find out exactly where he was born. There was something in the air which almost spelt it out that the music could not have come from another region. All active in Vienna which made them her own. Ergo no surprise about the origins of the WKS’s members. Lukas Medlam (violin) is Anglo-Austrian and introduced the programme; Mátyás András ( violin) is Hungarian; Nebojša Bekčič (viola) is Serbian; Sergio Mastro (cello) is Italian and Felipe Javier Medina Veiga (double-bass) is Uruguayan.

Except for Pelzl’s Portrait in drei Farben (..in three colours) which was commissioned by the WKS, all the pieces performed were arranged for this particular kind of string quintet. The two violinists took turns in alternating as leaders. Whoever is responsible captured well the core beauty of pieces like the first movement from Mahler’s Fourth Symphony in G, Mahler at some of his most tender. I felt that the colours in the Pelzl work were projected by dialogue between the viola, cello and double-bass. The second colour was dominated by a very prominent and energetic viola, prominent again in the final fugato section based in a six-note motif.

One could not but be amazed at the impression made in Korngold’s seven Märchenbilder, op. 3 based on the original work for piano composed at age twelve! Did WKS make one’s blood race and cause itchy feet in the waltz Wiener Kinder op. 61 by Johann Strauß? Not to mention too the Annen Polka op. 117 and Tik Tak Polka op. 365 both by Johann Strauß II !!

Repeated applause resulted in an encore: the beautiful and bitter-sweet Liebesleid by Fritz Kreisler. Pity that with all these Viennese and Austrian subjects of the Hapsburg monarchy there was no place for a few minutes of that quintessential Viennese…Schubert. Next time please? One looks forward to their return…auf wiedersehen WKS. 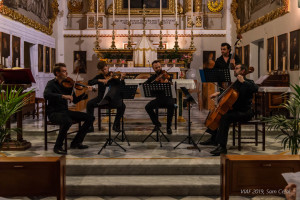 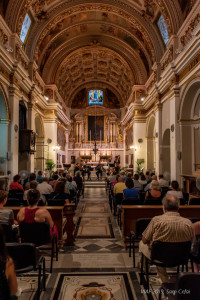 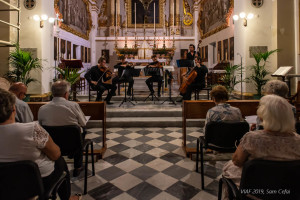 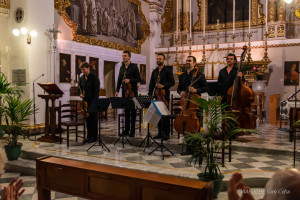 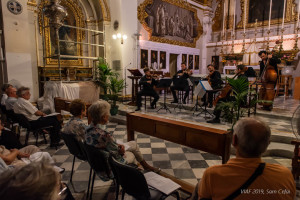 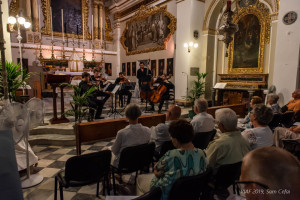