This year marks the 400th anniversary of Shakespeare’s death in 1616, and the Victoria International Arts Festival deemed it fit to celebrate this extraordinary anniversary by holding one event celebrating the life and works of the Bard. Soprano Gillian Zammit, together with pianist Lucia Micallef, will present a recital of works inspired by Shakespeare’s ‘music’ on Tuesday 5 July at the Aula Mgr G. Farrugia, at 8pm. Works interpreted are by Purcell, Handel, Schubert, Strauss, Quilter, Bellini, and Gounod. Maria Frendo will provide a commentary on the works and their context.

Gillian Zammit began her vocal training in Malta with Antoinette Miggiani and Paul Asciak, and went on to study in Italy with Carlo Bergonzi and Victoria de los Angeles. She is an extremely versatile performer with an operatic repertoire that ranges from the Baroque to the twentieth century.  Productions include Semele, The Turn of The Screw, Tales of Hoffmann, Gianni Schicchi, and Hansel and Gretel.  She is a regular performer at Teatru Manoel; productions there include Rigoletto where she played the role of Gilda for which she received glowing reviews from Opera magazine, and the role of Pamina in Die Zauberflöte.  She has worked with many established artists including Joseph Calleja and Emma Kirkby.  Apart from operatic roles, Gillian is also highly regarded as a recital singer with a varied repertoire of Lieder, Spanish, and French song, as well as being a respected exponent of Maltese Baroque music, having recorded 4 CDs as part of a series celebrating Maltese Cultural Heritage with Joseph Vella.  She is also a member of the Valletta International Baroque Ensemble (VIBE) and performs regularly with them.  She recently released her debut solo CD entitled The Love Songs of Paolo Tosti with pianist Lucia Micallef, and has been signed up by UK record label Claudio Records.  Another recent CD release is Aprile recorded under the auspices of the Malta Philharmonic Orchestra.  Gillian has performed in Berlin, New York, London, Paris, and Romania.  Forthcoming engagements include performances in England and Germany, and performances with VIBE.

Lucia Micallef was born in Malta and studied the Piano with Giovanna Bascetta.  As an Associated Board Scholar, she went on to study at the Royal Academy of Music in London with Lois Phillips.  Lucia has performed as a soloist and chamber music player with various orchestras and distinguished artists.  The Love Songs of Paolo Tosti with soprano Gillian Zammit was released by Claudio Records in 2013, and her recording of Bach Keyboard Concertos (Divine Art Records) with the European Union Chamber Orchestra conducted by Brian Schembri, was launched in 2015 to critical acclaim.   Broadcasts include TVM, BBC, Mezzo, and CBC. 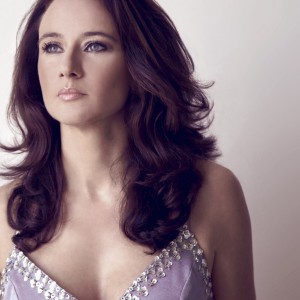