Tomorrow sees the start of a bonanza of Baroque music that will be concentrated over four days of concerts wholly dedicated to Baroque music.

The first in the series consists of Italian, German and Spanish works being performed by world-class organist Gianluca Libertucci and trumpeter Gianpiero Cristaldi. Performing from both the antique organ in the loft as well as the big one behind the altar, the programme on offer promises to be a most exciting one. Works by Bach, Telemann, von Paradis, Martini, Fenaroli, Purcell, Scarlatti and Mouret will be performed.

Gianluca Libertucci is one of Italy’s foremost organists, with high-profile positions such as those at St Peter’s Basilica, Rome, the Guardia Svizzera Pontificia, and Chiesa di Santa Maria dell’Orto, Trastevere. He graduated in organ performance and composition with full honours from the Conservatorio Benedetto Marcello, Venice, following postgraduate studies at the famous Conservatorio di Santa Cecilia, Rome. He has followed numerous master classes and has performed extensively both as a soloist and in chamber formations. Performances have taken Gianluca all over Europe, the U.S.A. and the Far East.  He has also performed organ concertos with the Orchestra del Maggio Musicale Fiorentino and the orchestra of the Teatro dell’Opera, Rome. Gianluca has had the signal honour of being the first organist to perform on the new grand organ at the auditorium of the Istituto Musicale Vincenzo Bellini, Catania, and has also been the chief co-ordinator in the restoration of the prestigious eighteenth-century organ housed at the Benedictine Abbey of San Nicolò, Catania. He has also carried out restoration projects on organs at St Peter’s Basilica, Rome, and in 2002 was one of the organists who performed in an inaugural concert on the new organ at the Sistine Chapel. In 2008 he presided over the adjudicating panel that oversaw the prestigious Organ Competition Soli Deo Gloria that took place in the magnificent Catholic Cathedral, Moscow. Gianluca has recorded numerous CDs under the labels Edizioni Libreria Vaticana and Multimedia San Paolo, featuring music by Mgr Giuseppe Liberto, ex-maestro di cappella of the Cappella Musicale Pontificia Sistina.

Gianpiero Cristaldi started his music and trumpet studies with Giuseppe Marletta, graduating with full honours from the Istituto Musicale Vincenzo Bellini, Catania, under the tuition of Carmelo Fede. He pursued postgraduate studies with Giovanni Barone, Maurire Andrè, Hakan Hardenberger, Bernard Soustrot, and others. He obtained honours in his diplomas, specializing in both modern and Baroque Trumpet from the Conservatoire de Lausanne, Switzerland. He is an avid chamber music player and has also followed courses in conducting. He is a brilliant soloist, having performed with the RAI Symphony Orchestra, Torino, and the famous Orchestra del Teatro alla Scala, Milan, amongst others. Gianpiero has also performed First Trumpet with the prestigious Band of the Italian Armed Forces and regularly collaborates with diverse Italian Orchestras and musical institutions, amongst which one finds the Teatro dell’Opera, Rome, Festival dei due mondi, Spoleto, Amici della musica, Rome, and A.gi.mus, Rome. He is founder-player of the Brass Quintet Etna Brass, with whom he has performed numerous concerts to high public and critical acclaim. His solo performances have seen him tour all over Europe and the U.S.A. He currently plays both as soloist and as First Trumpet with the Italian Naval and Military Band. 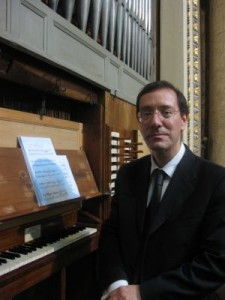 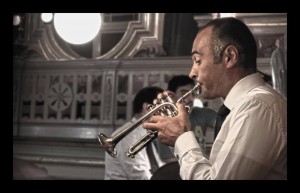