On Monday evening, Japanese/French pianist David Campignon gave a memorable performance of a few of the more traditional works in the canon. Performing works that most enthusiasts are well familiar with does not make it more easy on the performer and the onus of responsibility is only greater. Campignon delivered in an astonishing manner and his recital was very warmly received by the audience that packed Aula Mgr G. Farrugia on a hot and sultry summer evening.

Starting his recital with a Mozart Sonata, namely, no. 4 in Eb Major KV282, Campignon immediately immersed himself in the delicacy of a Mozart fabric. Unlike most of his other Sonatas, Mozart starts this one with a slow movement. Opening with an arched, cantabiletheme, the Adagio maintained a distinct division between the melody in the right hand and accompaniment in the left. In Sonata form with a tiny development, the movement skipped the first theme in the recapitulation, beginning immediately with the resolution of the secondary material to the tonic.

Two Minuets, each lacking a Trio, follow the Adagio. The first is in the dominant, B flat major, and featured a main theme that begins conspicuously like that of the Adagio. After the contrasting material, Mozart rounds off the second half of the Minuet with a return to the first theme in varied form. The second Minuet, in E flat major, contained a lengthy, quasi-developmental extension of the main theme with numerous, wide dynamic contrasts and a modulation to the dominant. Beginning with motivically-conceived contrasting material, the second half closed with a full statement of the main theme, modified to remain in the tonic. An octave leap at the beginning of the Allegro finale became a salient feature of the entire movement: the most prominent motive of the transition outlined an octave, and the secondary theme began with chords that encompass a full octave. Octave leaps opened the short development section and scales in both the close of the exposition and recapitulation rose through entire octaves. The formal aspects of the movement are predictable and its sections are succinct and well rounded, requiring no coda to provide a convincing close. Campignon managed to sustain a classic poise throughout his interpretation of this lovely Mozart work, keeping the emotional rapport well in check and maintaining an objective distance in his rapport with the unravelling of the work.

Next came the formidable Chopin Ballades, all four of them, played in succession without a break. Such an enterprise is nothing if not monumental and it takes a pianist of experience, musical maturity and stamina to sail through the very difficult works at such a high level. These four works are, arguably, among the most beautiful in the piano repertoire.

Chopin demonstrates supreme originality in establishing new genres. His four Ballades resist all attempts to consider them in connection with the French-Provençal ‘balade’, with the Italian ‘ballata’, or with the literary genre ‘ballade’, which appears in Germany in the 1770s. Rather, there are two components that prepare the ground for this genre that lacks a model: his innate talent to transform legends into music and the musical tradition of his homeland, Poland. Although his nature is not so much literary as poetic, he takes inspiration from programmatic images, but through a fantasy image inspired by something dramatic he achieves a convincing formal structure. As a group, the four Ballades are Chopin’s greatest compositions in a large form. Their pre-eminence within a body of work as consistently strong as Chopin’s is widely accepted and of long standing; their stature has rarely been challenged. These works arrest the listener’s attention with their obvious power and beauty, but they are highly complex musical organisms as well, with daring narrative structure and openly dramatic temperaments. All are built on two contrasting themes, which Chopin plays off against each other. This suggests a kinship between the various forms of the Ballades and the Sonata, but in fact, the standard sonata movement and Chopin’s Ballade part ways after being founded on two themes. Chopin’s pieces are equally lyric and dramatic, pitched towards a climactic ending, which in three of the four Ballades is manifestly tragic. Of all Chopin’s opus, the Ballades are probably the largest in conception, their potent dramatic impulse driving them from first note to last. These dramatic qualities roughly equal those of the Scherzos, but the forms differ, with the Ballades being somewhat freer in spirit. Chopin’s melodic imagination in the Ballades is magnificent as always and the form and title seem to be of Chopin’s own invention. None tell a specific tale, so it is not fair to say they are programmatic in any sense, but, nonetheless, all four bear out the title’s hint that a story is being related.

Sailing through the difficult passages with ease, pausing with telling detail on the lyrical ones, Campignon gave a masterful interpretation of these works, one that mentally aligns him with the greatest interpreters of these beautiful and haunting pieces.

The last item on the programme was Schumann’s 18 Davidsbündlerstänze op 6, a massive work that lasts just over 30 minutes. Composed of 18 little miniatures it is a loose and fragmented work in terms of theme but one that is united structurally. Campignon approached the work stylistically and gave each little ‘dance’ its emotional weight. Reaching moments of sublimity in a few of the pieces, giving dynamic intensity to others – this work brought to a roaring close a performance that surely ranks among the finest we have heard of late!

A big well done to the performer who made the evening a most memorable one for all! 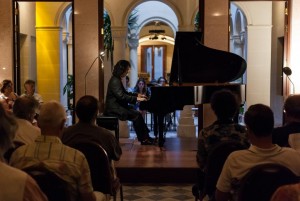 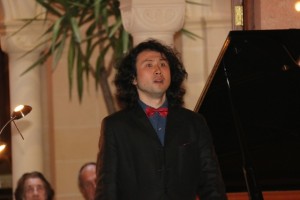 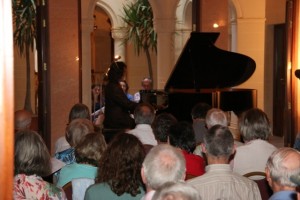 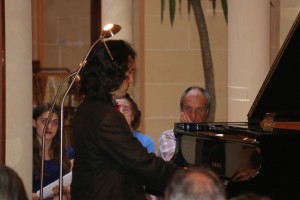 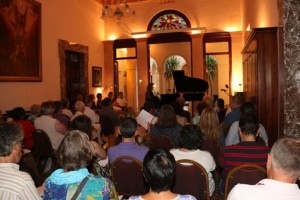 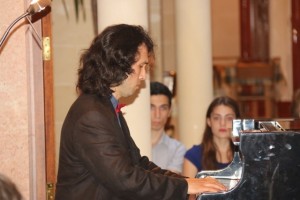 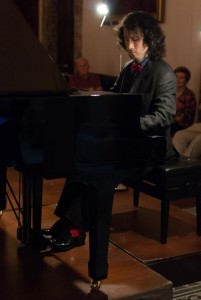 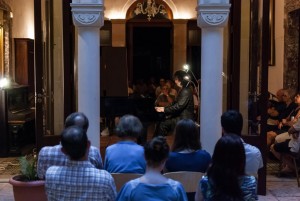