Chamber music is, arguably, the most sophisticated of classical music. It creates an intimate rapport with the audience and makes huge demands on the performers. Soloists in their own right, they have the added responsibility to co-operate in ensemble playing, creating a rapport with fellow musicians that leads to a cohesive whole.

This evening, we have the first of around 21 chamber music concerts. Luba Benediktovitch, originally from Belarus, and the most accomplished German pianist Daniel Blumenthal will regale us with a programme that ranges from the Baroque to the Contemporary. Works by Bach, Mozart, Schubert, Taffanel, Hüe, Vella and Kennan will be performed.

The concert will take place in the Aula Mgr G. Farrugia and starts at 8pm.

Luba Benediktovitch is principal flute with the Madeira Classical Orchestra, Portugal. She took her first flute lesson in Moscow, under the tuition of Eugene Tredler. At the age of 12 she started learning music professionally, furthering her studies at the Music Lyceum, Minsk, and the conservatories of Munich, Leipzig and Amsterdam. Luba has also attended numerous master classes and summer schools, most notably with William Bennett in UK and with Aurele Nicolet at Künstlerhaus Boswil, Switzerland.  She made her orchestral debut performing Bach Suite no. 2 with the Orchestra of the College of Arts at the International Music Festival, France, in 1998. In the same year she was the recipient of the first prize in the International Youth Competition, Cisinau, Moldova. In 2004, she won the UNESCO award for young artists and spent one year at the Banff Centre, Canada, as an artist-in-residence. She also won first prize at the International Competition AudiMozart! in 2006. Other prizes include the DAAd Scholarship, which is the Netherlands Government’s scholarship, and the UNESCO Aschberg Grant. In 2008 she performed at the prestigious Carnegie Hall during a workshop with soloists of the leading American orchestras at the Weill Institute of Music. In October 2013, she won first prize at Alexander Buono Competition, New York, and was invited to perform at the Carnegie Hall once again. As a soloist, she has played with different orchestras, such as Haydn Orchestra, Bolzano, Banff Festival Orchestra, Minsk Chamber Orchestra, and Bacau Philharmonie.

Daniel Blumenthal enjoys an international reputation as soloist, concert musician and chamber artist. He is professor at the Royal Conservatory in Brussels, Belgium. He is also an artist professor at the Thy Master Class Chamber Music Festival, Denmark. Born at Landstuhl, Germany, Daniel Blumenthal is of American origin. He started his musical studies when just shy of 5 years of age. He is a graduate of the University of Michigan and legendary Juilliard School, New York, where he obtained flying colours in his postgraduate Masters programme and also his Doctoral degree. He has over eighty CDs to his credit and his performances have been met by public and critical acclaim worldwide. Daniel is a laureate of several international competitions, namely, Sydney and Leeds in 1981, Geneva and Busoni in 1982, and the Queen Elizabeth International Music Competition, Belgium, in 1983. In 1995 he was on the jury of the Queen Elizabeth Competition and is also an honorary member of Icons of Europe and musical advisor to this non-profit cultural association. 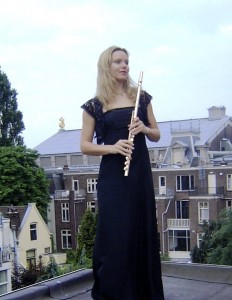 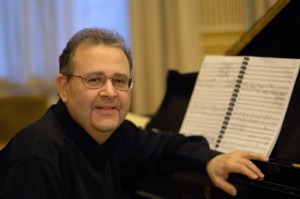