Monday 20 June sees a double bill being presented by Victoria International Arts Festival.  At 12.15pm we are hosting the famous choir of Magdalene College Chapel, University of Cambridge, and in the evening we are presenting the start of a five day Baroque series. At 8pm, Soprano Valeria La Grotta and Pianist Attilio Cantore will present a concert of works from the late Baroque period and early Classical, with works by Isouard, Cimarosa, Mehul and others.

Valeria La Grotta is pursuing a course in opera performance at the Conservatorio Niccolò Piccini, Bari, under the tuition of Domenico Colaianni.  Despite her young age, she has taken part in numerous Festivals and has sung recitals all over Italy.  She has also had a very sound musical foundation as a choral singer, namely, in Rossini’s Petite Messe Solennelle, Fauré’s Requiem, Stravinsky’s Symphony of Psalms, and many more.  The diverse styles with which Valeria engages make her a versatile performer, able to tackle a wide range of works from the Baroque to the contemporary.  She has a particular empathy with the late Baroque style, as this evening’s choice of works attests.

Attilio Cantore is a multi-talented academic and musician, currently studying Literature and Philosophy at the University of Salento, Lecce.  He graduated with full honours in Pianoforte performance from the Institute of Musical Studies Giovanni Paisiello, Taranto.  He is equally versatile as a soloist and a chamber music performer, with a disposition for the Baroque and early Classical periods.  In 2011 he was the Curator of an antiquarian exhibition entitled Paisiello Show Off, within the wider framework of the Giovanni Paisiello Festival in Taranto.  His diverse interests have also led to publishing a collection of poetry entitled Orme in 2009, and a novel La Musica e la Grotta in 2013. 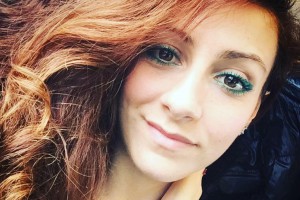 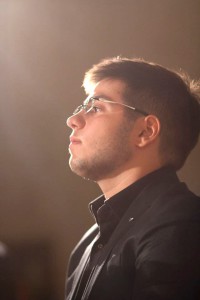