On Friday 10th, after a superb recital by South Korean pianist Young Choon-Park, the exhibition Siege Maps: Keeping Memory Safe was inaugurated by Archpriest Emeritus, Mgr Guzeppi Farrugia at Il-Ħaġar – Heart of Gozo Museum. Mgr Farrugia is also Curator at Il-Ħaġar. This exhibition was made possible through collaboration with Heritage Malta.

Mgr Guzeppi Farrugia welcomed the guests, after which Nicoline Sagona, Head – Gozo Branch Heritage Malta, gave a most informed and erudite explanation on the exhibition, noting particularly the way maps told a story, one whose narrative enabled people at war to understand what was going on in any one particular place or location. Prof. Joseph Vella then spoke about the way that the Victoria International Arts Festival is seeking to widen its networking to involve as much as possible different art forms and to work closely with major institutions such as Heritage Malta, thereby enhancing the profile of the Festival.

Ms Sagona continued to explain in detail while the audience visited the exhibition, which is mounted on the first floor of Il-Ħaġar – Heart of Gozo Museum.  The exhibition will remain open until Sunday 17 July, between 9am and 5pm.

Don’t miss this opportunity to visit.  It’s a priceless exhibition! 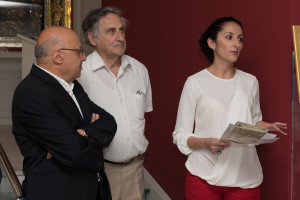 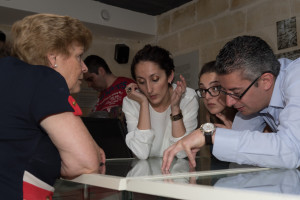 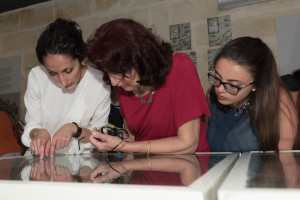 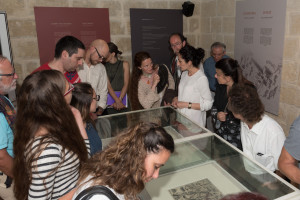 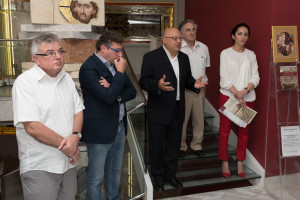