Each edition of the Victoria International Arts Festival sees the organisers choosing three or four up-and-coming performers who have reached a relatively high level of competence in their chosen discipline to perform during the Festival.  It is the organisers’ belief that locals should be given a platform on which they can display their talents, and pitting the world-class (as in the previous evening) with the new always proves healthy in terms of balance and opportunity.

Wednesday’s event  saw The Composer Series starting off the evening.  Maltese composer Hermann Farrugia Frantz needs no introduction on the local scene.  Firmly established both as a composer and an conductor, Hermann gave a carefully-prepared power-point presentation that fully highlighted not only his achievements but also his profile.  He also illustrated his presentation with live performances by well-known soprano Claudia Tabone and flutist Clara Galea, a member of the Malta Youth Orchestra.  This presentation was very warmly received by the audience.

Next came the Debutants’ Concert, during which three highly talented performers took part.  First came 10-year-old Laetitia Amodio, a precocious child who displayed her undoubted talent that betrays her very young age.  Performing Beethoven’s third movement from his well-known Sonata op.31 no.2, Laetitia sailed through the score with assurance and confidence.  Next came Rachmaninov’s well-loved Polichinelle op.3 no.4.  Although still very small in physical stature, Laetitia admirably rose to the demands of the work and delivered a polished performance characterised by virtuosity and style.

Clara Galea performed Gluck’s Dance of the Blessed Spirits and Faure’s Morceau de Concours.  Displaying a solid maturity, Clara produced a beautiful tone on her flute, warm and mellow and very even albeit in the higher register.  Technically sound, Clara also showed sensitivity in her interpretation, which made the performance of her chosen French works impressive and assured.

Joseph Mallia, although still very young, was the oldest of the three debutants and he performed Vieuxtemps’s Barcarolla, the second movement from his Sonata in Bb.  Joseph has full control over his bowing and he produced a dark, mellow and robust sound from his viola.  Well-articulated phrasing, clear rhythmic flow and intense dynamics characterised the performance.

Clara and Joseph were ably and sensitively accompanied by accomplished pianist/flutist/violinist Maria Conrad. 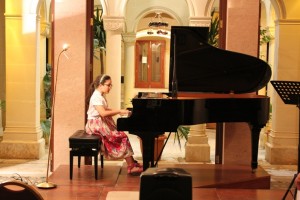 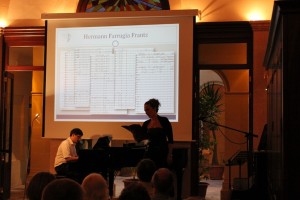 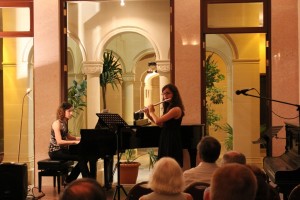 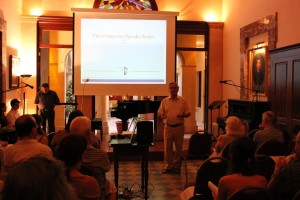 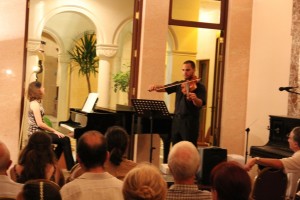