Heidi Schmid has for many years been a regular guest in both concerts and international Festivals. Versatile as soloist and chamber music performer she has recently participated in both capacities at the Ddavos and Gstaad Festivals, as well as others. Busy concert schedules have taken her all over Europe including Russia, as well as South America. Her chamber music partners have included leading members of the Symphony Orchestra of the Bavarian State Radio, the New York Philharmonic Orchestra, the Munich State Opera, the Basel Symphony Orchestra and the Berlin Philharmonic, among others. Between 2013 to 2016 she was Assistant Concertmaster of the Seraphin Ensemble, Munich. In 2015 she also joined the Young Eurasian Soloists Chamber Orchestra and since 2016 she has been the Assistant Artistic Director of the children’s festival Junges Mindelfestival. (www.jungesmindelfestival.com) Heidi holds a teaching post at the Music School Conservatory,Zurich and as a guest professor she has given masterclasses at universities in Spain, Columbia and Venezuela. Born in Munich as the daughter of musicians, Heidi Schmid enrolled in the Augsburg Music Conservatory at the age of 15. She graduated with an Artist’s Diploma in 2013 in the class of the renowned soloist Julia Fischer at the University for Music and Performing Arts, Munich. As a student of Adelina Oprean, she received her Master’s Degree with honors at the Conservatory of Music in the summer of 2016. She completed her studies in the ‘School of Excellence’ at the Academy of Music in Basel. Heidi Schmid plays a violin made in 1760 by Joseph Gagliano.

Joseph-Maurice Weder has been called ‘A wonderful musician with an amazingly brilliant technique.‘  (Star-Cellist Gautier Capuçon) Since launching his international career with winning the prestigious Swiss Ambassador’s Award in London and his debut recital at London’s Wigmore Hall in 2013, Swiss pianist Joseph-Maurice Weder has continued to capture the attention of critics and audiences. In recent seasons he has performed at some of the most prestigious concert halls around the world including Carnegie Hall, New York, Berliner Philharmonie, Musikverein, Vienna, Laeiszhalle, Hamburg, Tonhalle, Zurich, and Wiener Konzerthaus. A sought-after soloist, he has performed with the Kazakhstan Philharmonic Chamber Orchestra, Sinfonieorchester Basel, Orquestra Sinfônica do Teatro Nacional de Brasília, National Chamber Orchestra of Armenia, Südwestdeutsche Philharmonie, Chamber Orchestra of the City of Bratislava, and many more. An equally avid chamber music performer, Joseph-Maurice Weder has performed with Gautier Capuçon, Nelson Goerner (four hands), Kian Soltani, Marc Bouchkov and leading members of the Berlin Philharmonic Orchestra, Royal Concertgebouw Orchestra, Amsterdam, Munich Philharmonic, among others. His discography includes an acclaimed recording of both Chopin Concerti in chamber version with the Berliner Camerata for the German label Oehmsclassics. In 2007, he released a live recording of Beethoven’s 3rd piano concerto with The Chamber Orchestra of the City of Bratislava. ‘The London Recital‘, recorded live at the Wigmore Hall,  has been online since autumn 2016 and includes sonatas by Schubert and Brahms. His most recent recording, devoted to Liszt (the B Minor Sonata) and Schumann (Kinderszenen), was released by the German label MDG. Besides his concert activity, his great passion is teaching. In 2017 he was appointed to the piano faculty at the College in Aarau (Switzerland). Furthermore he was invited as a Guest Professor to give masterclasses at the Royal Welsh College of Music & Drama, Universidad Nacional de Música, Lima, Komitas State Conservatory in Yerevan, Armenia, as well as other important institutions in Ukraine, Brazil, and Venezuela. www.jmweder.com 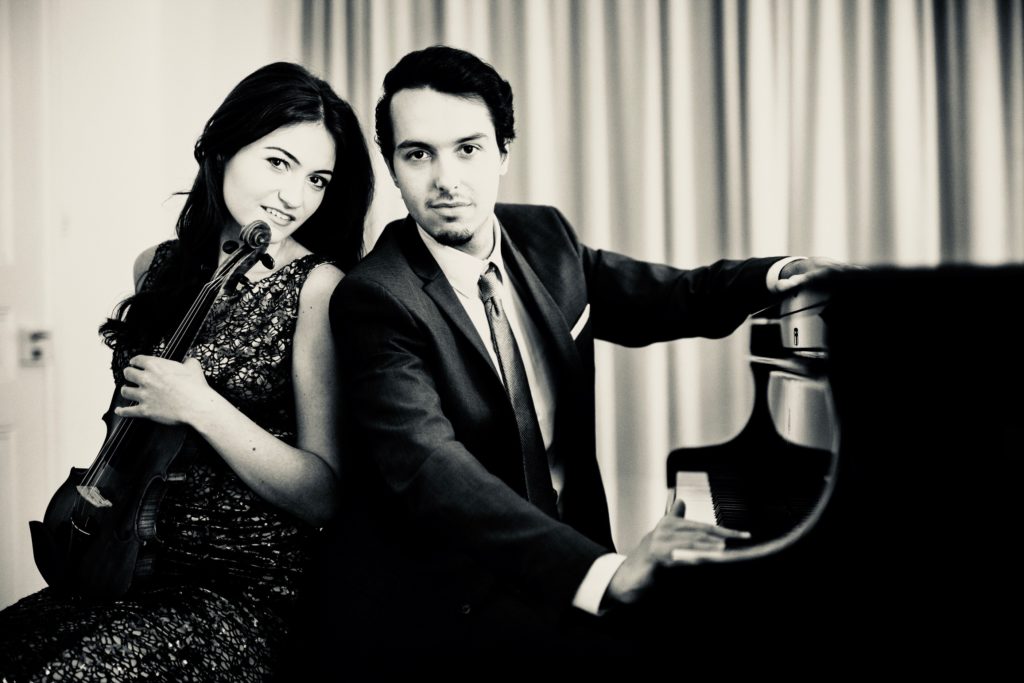