Andrea studied at the Gnessin Russian Academy of Music in Moscow with Khalida Akhtiamova where she gained her Masters Degree and Diploma in Solo Performance, before continuing her post-graduate studies with Felix Andrievsky at The Royal College of Music in London. Throughout her studies, Andrea has received generous financial assistance, being the youngest recipient of The Scottish International Education Trust and also receiving awards from The Martin Trust and Sir James Caird Travelling Scholarships.

Andrea has performed as a soloist in Britain, United States, Russia, Lithuania, Finland, Germany, Australia, Yugoslavia and France, and she has been invited to give recitals and Masterclasses in Serbia, at the Victoria International Arts Festival, Gozo, at Dartington International Music Festival, and at the Menstrelle International Chamber Music Academy, St Petersburg.

As a chamber musician Andrea has led various ensembles including the Fibonacci Sequence and Research Ensemble, which resulted in a number of contemporary music performances including birthday celebrations for Sir Peter Maxwell Davies and James MacMillan.

She has recorded for BBC Radio, Bavarian Radio, Lithuanian Radio, Yugoslavian Radio and Radio Baltimore. She has appeared on BBC, STV, ITV, and on Russian and Serbian TV stations. CD releases include a recording of Beethoven’s Theme and Variations Op 107, performed with Michael Leslie, Thomas Rugge and Michael Schopper for Bavarian Radio and released by Büchergilde Gutenberg.

Her most recent concerto performances include the Prokofiev Concerto no 2, Sibelius’ Violin Concerto in D minor and Bruch’s Scottish Fantasy. She has performed the Brahms and the Sibelius Violin Concertos with the Malta Philharmonic Orchestra under the direction of Joseph Vella for the Victoria International Arts Festival.

She plays on a violin made by Nicolo Gagliano in 1766.

..”natural to the last wisp of sound”

…”reward for a rare talent”

‘This performance was characterized throughout by passion, brilliance and supreme intelligence’

‘this was a showpiece of pyrotechnical virtuosity, intelligent phrasing and dazzling interpretation’

Prior to joining the RCS in 2008, Djordje Gajic had established a dazzling international reputation as a piano accordion soloist. Since then, he has transformed Glasgow into a mecca for this versatile but under-rated instrument, through nurturing and inspiring students from all over the World. Thanks to his charismatic and energetic teaching, he has not only elevated the status of the accordion from ‘squeeze box’ or folk instrument into a respected classical instrument in its own right, but his alumni have been taking the music world by storm.

Born in Sabac, Serbia, Djordje started out as a child prodigy, performing in public to great acclaim from the age of six. In 1988, aged seventeen, he won the Klighenthal International Accordion Competition in Germany, whereupon he was head-hunted by the Russian Academy of Music “Gnesin”, Moscow, who invited him to study with them under Yuri Dranga.

Still a teenager, Djordje became a national hero back home in Serbia, dubbed variously “Golden fingers”; “The special one” and “the best accordionist in the world” by admiring reviewers. By the time he left Moscow in 1995, he had accumulated over a dozen trophies and awards, including the prestigious the first prize at the Trophée Mondial De L’accordéon, while Sweden had featured his portrait in their “World Champions” stamp series.

Since then, Djordje has not only put Glasgow on the map for this instrument, but has adjudicated international competitions in Italy, Serbia, Lithuania, Australia, UK, Netherlands, Russia, China and Ireland, while continuing to perform all over the world.  Recent performances include the UK premiere performances of new music for accordion with SCO at the BBC Proms, Hebrides Ensemble, Red Note Ensemble, Fibonacci Sequence Ensemble, AdLibitum, and reviews have commended the “passion, brilliance and supreme intelligence” of his playing as well as its “pyrotechnical virtuosity, intelligent phrasing and dazzling interpretation.”

Nikita regularly appears as a soloist and has won numerous prizes. His solo performances include, Hallgrímsson’s Sonnambulo for Double Bass with the Reykjavik Chamber Orchestra in Iceland, Tubin’s Double Bass Concerto at the Pärnu music festival, Koussevitzky’s Double Bass Concerto with the Scottish Chamber Orchestra on tour in Scotland and with the St Petersburg Camerata at the Musical Olympus festival and Rachmaninoff’s Vocalise with Lars Vogt at Heimbach “Spannungen” Kammermusik Festival. Nikita is a friend of the Scottish Bass Trust who he frequently performs recitals with and who partly commissioned Sonnambulo.

In addition, Nikita is a keen chamber musician. He is a member of the internationally recognised chamber group, the London Concord Ensemble and has featured with them at the BBC lunchtime series at the Wigmore Hall. Nikita performs regularly at the Chamber Sundays Series at the Queen’s Hall in Edinburgh and with the Chamber Orchestra of Europe, besides appearing in festivals in Norway, Germany and Estonia. 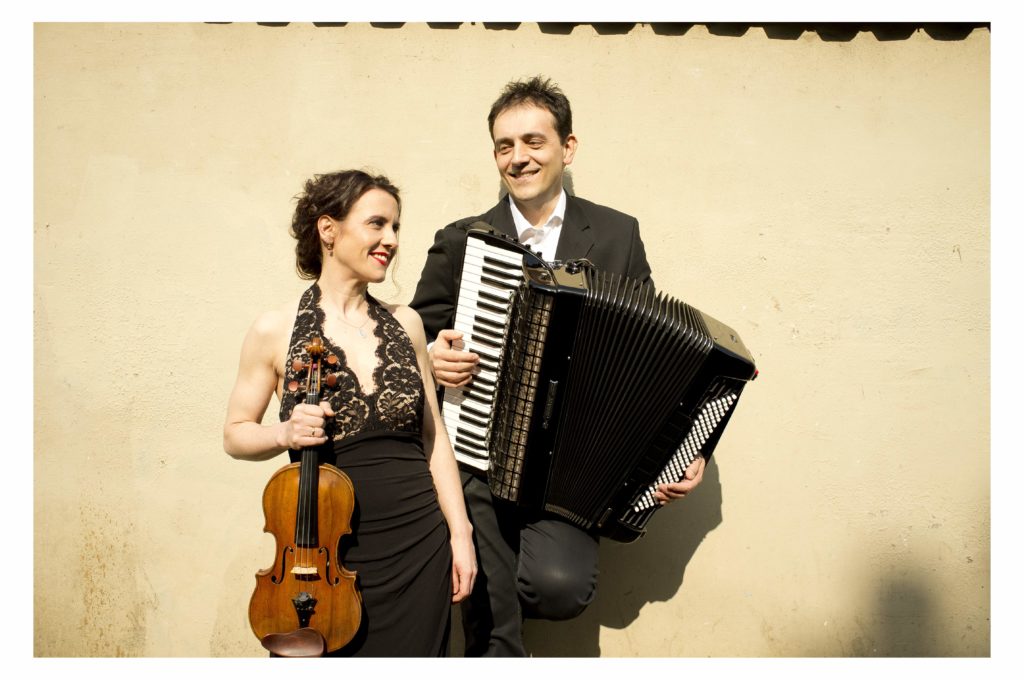