Mediterranean Premieres will feature new music ensemble Siren for an evening of premieres, three of which are by Maltese composer Kristian Schembri. Siren was founded in 2022 by Schembri and is comprised of an international network of musicians dedicated to the cultivation, promotion, and performance of new music. In this concert, Schembri will be joined by four of Malta’s leading musicians to premiere music for violin, viola, cello, flute, and percussion.

Fiorella Camilleri is a Maltese-born flutist who has held the sub principal flute/piccolo chair with the Malta Philharmonic Orchestra since 2004. Fiorella is an avid chamber musician, and her latest achievements in this area include the founding of Duo Solis, a flute and guitar duo, a mix between Jazz and classical styles and Catal Flute and Guitar Duo specialising in Cuban music. In October 2019, Fiorella founded the Arcana Quintet, specialising in music by Astor Piazzolla. Fiorella plays a precious Muramatsu Flute and a Philip Hammig granadilla wooden piccolo. She has a Master’s degree in Flute performance from the Istitituto Pareggiato Orazio-Vecchi Tonelli, Modena as well as a Bachelors degree in International Relations from the University of Malta.

Ester Garcia Salas was born in Lleida, Spain, in 1978. She started her viola studies at the age of 14, graduating in 2002. She was a member of the Youth Orchestra of Catalonia as well as of the Youth Orchestra of Spain. She has performed with numerous orchestras, most notably the Orquesta Filharmónica de Málaga, Orquesta de Extremadura, Orquesta de Gran Canaria, Orquesta Ciudad de Barcelona, Orquesta Filarmonia de Galicia,Spain, and also with the Orquesta Sinfónica Sinaloa de las Artes, Mexico. Ester became a member of the Malta Philharmonic Orchestra in 2021. She plays a David Bagué viola of 1994.

Stefan Calleja started his violin studies with Fiona Giambra later obtaining his LRSM diploma under tuition of Mario Bisazza. In 2017 he graduated from the University of Malta under the tutelage of Natalia Filipenko and later obtained a Master’s Degree at the Trinity Laban Conservatoire with Clare Thompson as a TL Scholar. Stefan has appeared as a soloist with the London Symphony Orchestra, the Malta Philharmonic Orchestra and the Malta Youth Orchestra. He is currently a member of the Malta Philharmonic Orchestra and also teaches at the Malta School of Music besides being  a tutor at Teatru Salesjan. The BOVJC Foundation together with Janatha Stubbs, the MPO and the Malta Arts Scholarship have supported Calleja in his studies.

Desirée Calleja (Quintano) began violoncello studies with Mario Psaila, later obtaining her LRSM diploma tutored by Peter Flanagan. In 2020, Desirée completed her MMus at Trinity Laban Conservatoire as a TL Scholar under the guidance of Naomi Butterworth and Richard Markson. Desirée formed part of various orchestras, most notably the Commonwealth Youth Orchestra and the Festival Junger Künstler Orchestra, and participated with the European Union Baroque Orchestra (EUBO) and played alongside the Royal Concertgebouw Orchestra, the Bournemouth Symphony Orchestra and the Philharmonia Orchestra. Desirée was given the Bibby Award by the worshipful Company of Cutlers and won several competitions with her chamber ensembles. Currently she plays the violoncello with the Malta Philharmonic Orchestra, and she also teaches at the Malta School of Music and tutors the ‘Sally Strings’ ensemble as part of Teatru Salesjan.

Kristian Schembri is a composer, conductor, and percussionist from the Republic of Malta. His music has been recorded and performed on three continents, with recent premieres by the Malta Philharmonic Orchestra, the Brno Philharmonic Orchestra, and the University of Delaware Symphony Orchestra. Schembri has upcoming premieres with the Cleveland Chamber Symphony USA, and the MG Ursenbach Band in Switzerland. He was the recipient of the 2021 Joseph Vella Award in Composition and is a current finalist in the 2022 American Prize for Composition. A passionate conductor, Schembri directed the premiere performances of two new chamber operas at the Cleveland Institute of Music in April, was the assistant conductor for the University of Delaware Symphony Orchestra in 2020 and conducted new music ensembles at the 2021 Atlantic Music Festival. Schembri studied percussion with renowned artists Gene Koshinski and Tim Broscious, and has performed with the Belle-ile-en-Mer Festival Orchestra, the Armenian State Symphony Orchestra, and the Malta Philharmonic Orchestra. Schembri is the Donald Erb Scholar in Composition at the Cleveland Institute of Music, where he is pursuing doctoral studies with Keith Fitch. 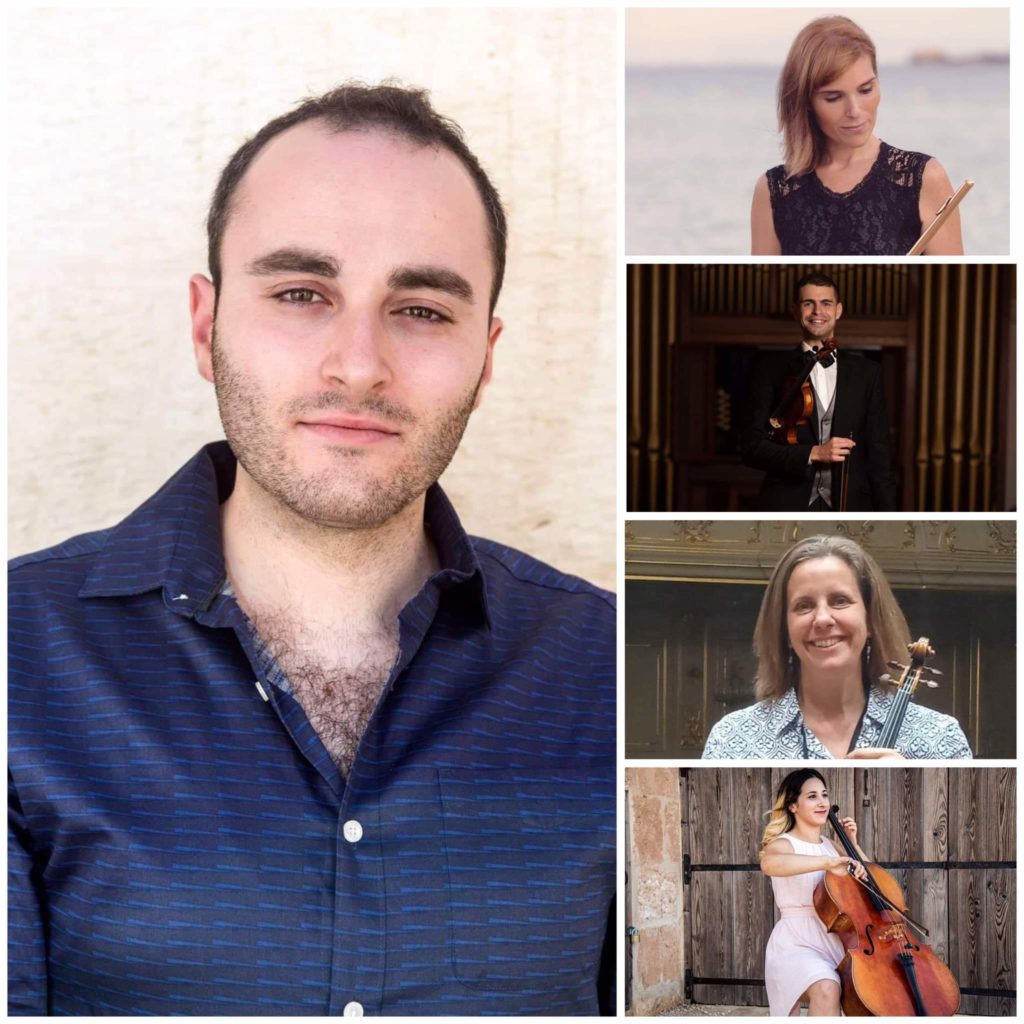