Graduating with full honours from the Sofia State Music Academy Panchio Vladigerov in Bulgaria under the tuition of Prof. Blogovesta Dobreva in 1997, Miriam furthered her studies with Juliette Bisazza Zanni and Magda Olivero. She is the recipient of the Gheorghi Slatev Cherkin Competition and the Bulgarian XIV National Competition Svetoslav Obretenov. She is a major ambassador of Maltese vocal music, singing and recording important compositions by Abos, Camilleri, Diacono, Isouard, Vassallo, Vella and Zerafa. Very much at heart is her CD – Miriam Cauchi Riflessi – Art Songs from Malta – the very first compilation of this genre from the very early ‘kanti’ to the more contemporary ones, the main scope being that of promoting and nurturing the love for Maltese art songs.

Miriam is passionate about the educational aspect of singing and performing and is enthusiastic to work with young promising singers, coaching them in their development and careers. She is constantly in search of innovative pedagogical approaches while remaining a fervent believer of the old school of bel canto. She currently holds the post of voice tutor at Malta’s main music institution, the Malta School of Music, a post she has held since 1999. In 2013, she was invited as the principal voice tutor to form part of the Manoel Theatre Youth Opera TMYO within the Toi Toi educational programme, a post she held until 2018. In 2018, Miriam was the inspiration and the artistic co-ordinator of the first edition of the Singer Artistic Tool Box, a course aimed at classical voice singers interested in furthering their holistic skills on stage held within the Voice Department of the Malta School of Music. Last November, she successfully delivered a masterclass in Opera and Lied organized by the Victoria International Arts Festival.

Her latest DVD entitled Lux Aeterna comprises a selection of contrasted sacred songs with a religious theme for the Holy week and included a collaboration with cellist Simon Abdilla Joslin and the premiering of two new Maltese works. This was broadcast last April on TVM. This project was possible thanks to the Cultural Heritage Directorate within the Ministry for Gozo. On the 13th December 2009, Miriam Cauchi was appointed to the National Order of Merit – M.O.M. www.miriamcauchi.com

Mark Gauci was born in Malta in 1978 and at an early age commenced his Bb Baritone lessons with his father, a self-taught musician and trumpet player. He furthered his studies with Paul Borg, one of Malta’s leading brass players. Mark pursued a Bachelor of Arts degree in music composition at the University of Malta, followed by a post-graduate certificate in education at the same university from where he graduated as a music teacher in 2006. This enabled him to pursue a career as a music teacher at the gozo College. Three years later, Mark obtained a distinction in his Masters degree in performance from the prestigious Royal Northern college of Music. This postgraduate study was made possible through a scholarship from the Malta Government Scholarship Schemes.

Mark is the recipient of several awards and honours, amongst which one finds the first prize of the Maltese Bandsman of the Year Competition (1993); the Musician of the Year Competition (1996); the Andrew Lloyd Weber Bronze Medal from the London College of Music, and more. Mark was elected Fellow of the London College of Music when he was just 18 years of age.

In his native Gozo, Mark’s career as a performer, conductor, and music educator is impressive. He holds principal positions in many leading bands, brass ensembles and quintets. His sustained commitment both as a performer and a conductor has led him to perform in different important venues as well as featuring on TV shows on a regular basis.

Mark is the founder member of BrassTubes Ensemble, a group composed of musicians who are specialists in brass instruments. This group hails from Mark’s native Victoria, and its objective is to provide a wide selection of musical styles ranging from the classical repertoire to the all-time popular jazz standards. In every concert they have performed, BrassTubes Ensemble has received positive critical and popular acclaim, being particularly praised for the scintillating musicality, brilliant virtuosity and outstanding technical prowess. The Ensemble’s members are amongst the islands’ best brass players, having either graduated from prestigious universities and institutions such as the University of Malta and Royal Northern College of Music, Manchester, or else are diploma holders of the London College of Music and the Royal Academy of Music.

For this evening’s programme, members of the Royal Conservatoire of Scotland, Glasgow, will be joining BrassTubes Ensemble for the performance of Joseph Vella’s ‘Sounds of Celebration’ op. 129.

Philip Walsh is a British conductor whose credits include his debut at La Fenice, Venice, conducting Pier Luigi Pizzi’s production of Thomas Ades’ opera Powder her Face.  Other appearances in Italy have included the Teatro Comunale di Bolognaand the Lugo Opera Festival, and he is a regular guest conductor of the Filarmonica Arturo Toscanini, having appeared with pianist Jean-Yves Thibaudet in concerts in Parma, Modena, and Ferrara, and most recently with jazz legend Dee Dee Bridgewater in the Verona Jazz Festival.

Born in Southampton, England, Philip Walsh studied piano and organ and went on to study music at Cambridge University.  After graduating he spent a number of years in New Zealand, where he was a regular guest conductor of the New Zealand Symphony Orchestra.  In Europe he has worked for L’Opéra de Metz, l’Opéra de Bordeaux, English Touring Opera, Almeida Opera, London, and the Aldeburgh Festival.  In 2007 he made his Spanish debut, conducting Don Giovanni for Opera en Vigo.  Orchestras he has conducted include the London Sinfonietta, the City Chamber Orchestra of Hong Kong, Orchestra del Teatro La Fenice, Orchestra del Teatro Comunale di Bologna, l’Orchestre National de Lorraine, RTS Symphony Orchestra, Belgrade, and the New Zealand Symphony Orchestra.  He conducted Teatru Manoel’s production of L’Elisir d’amore and Don Giovanni these past two years, and has also appeared with the Malta Philharmonic Orchestra in this year’s Valletta International Baroque Festival.

For half a century, the Malta Philharmonic Orchestra (MPO) has been Malta’s foremost musical institution.

The orchestra was founded in April 1968, when musicians from the defunct ‘Commander-in-Chief’ (C-in-C) orchestra of the Malta-based British Mediterranean Fleet regrouped as the Manoel Theatre Orchestra. It continued to serve as the theatre’s resident orchestra until September 1997, when it became an independent orchestra, taking up the name National Orchestra of Malta. The orchestra became the MPO in 2008 when it expanded into a full-size symphony orchestra, bringing together musicians from Malta, Europe and beyond.

As Malta’s leading musical ensemble, the MPO averages more than one performance a week including symphonic concerts, opera productions in Malta and Gozo, community outreach and educational initiatives, as well as various concerts of a lighter nature. During the past seasons, the MPO embarked on a Digital Transformation reaching over 32 million people worldwide through its Online Programme in 2021.

The orchestra has performed in leading venues across the globe, including in the United States, Russia, Dubai, Germany, Austria, China, Italy, and Belgium, and presently embarks on at least one international tour each concert season.

The MPO is a keen exponent of Maltese composers, regularly performing their works in Malta and overseas, as well as frequently premiering and commissioning new compositions.

Through the MPO Academy and the Malta Youth Orchestra, which regularly give concerts across Malta, the MPO is also responsible for the training and professional development of the next generation of Maltese musicians. 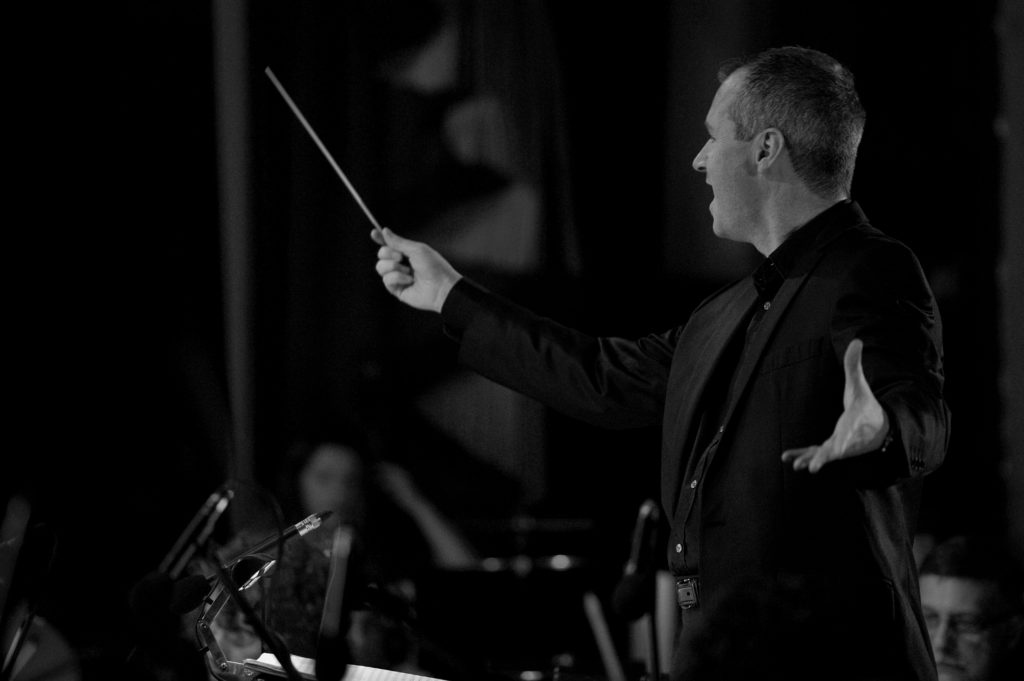 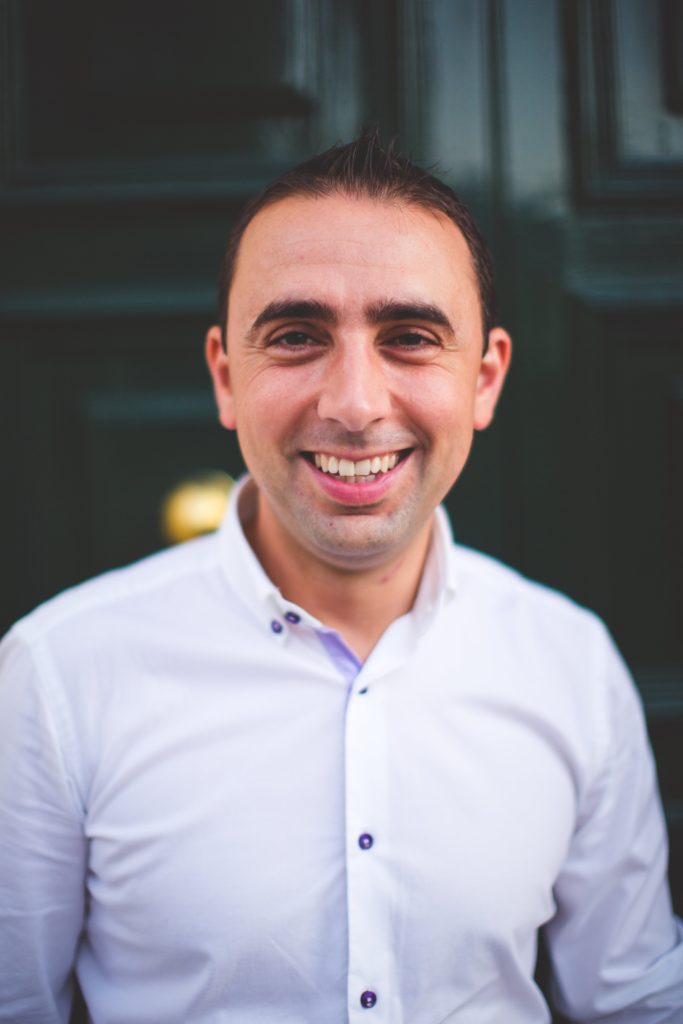