Exhibition on the life story of Anne Frank, curated by the Tayar Foundation for Jewish Heritage in Malta

The exhibition ‘Let Me Be Myself – The Life Story of Anne Frank’ was created by the Anne Frank House in Amsterdam. The exhibition tells the story of Anne Frank against the background of the persecution of the Jews during World War II. It displays pictures from Anne Frank’s childhood in Frankfurt and in Amsterdam. Other historical pictures show the rise of the Nazis and the impact of their racist ideology on the Jewish population of Europe. The exhibition also shows quotations from the diary that Anne Frank wrote while in hiding and it contains a showcase with a replica of the diary. Another showcase contains a scale model of the hiding place. Visitors can also watch the only moving images of Anne Frank. Moreover, the exhibition highlights stories of today’s young people, who speak about their identity and about the way they deal with antisemitism and discrimination.

The exhibition is an initiative of The Tayar Foundation for Jewish Heritage in Malta and the Anne Frank House. with the collaboration of Il-Ħaġar | Heart of Gozo Museum and the Victoria International Arts Festival. 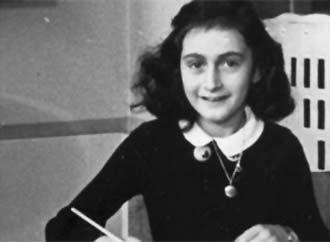