Joanne Camilleri is an ABRSM International Scholarship holder, a prize-winning Bachelor and Masters graduate from the Royal Northern College of Music, Manchester, and the first pianist to graduate from the University of Malta with a Doctorate in piano performance. She has also been studying the harpsichord for a number of years now.  Spurred by her doctoral thesis which focused on Bach’s Goldberg Variations and elements of the Baroque era, she soon became a member of the Valletta International Baroque Ensemble (VIBE) and has to date given several performances with the group as well as a soloist.  Collaborations with international baroque specialists have also included those with baroque violinist Catherine Martin and harpsichordists James Johnstone and Nick Parle, amongst others.  Having performed around Europe as soloist and chamber musician, as well as in Asia and America with the Malta Philharmonic Orchestra, Joanne is always delighted to come back to perform in the Victoria International Arts Festival.  Joanne’s next exciting musical project will be going on Tour with VIBE next month. www.joannecamilleri.com 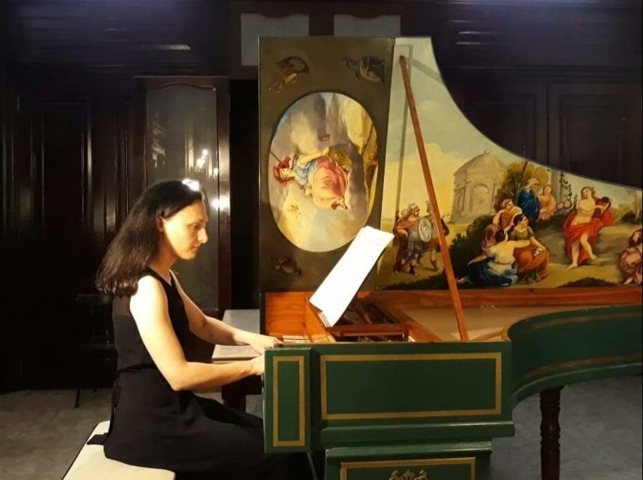