Born in Gozo, George Camilleri started his music education at the La Stella Band Club in Victoria.  He then went on to further his euphonium and music theory studies with Paul Borg and his father Lawrence Borg respectively. While studying with the former, George obtained the A.L.C.M. and the L.L.C.M. of the London College of Music and later the Fellowship of the same college.  During the last years, George has often travelled to the U.K. in order to further his euphonium studies with David Thornton (tutor at the Royal Northern College of Music) and David Childs (Professor at the Royal Welsh College of Music and Drama). George has performed as a soloist in various recitals and holds principal positions with some of the most popular Maltese Wind Bands.

Francis Camilleri formally commenced his pianoforte studies with Lucia Micallef and continued under the tuition of Karen Briscoe, while also taking regular lessons with Prof Vanessa Latarche at the Royal College of Music, London. He graduated from the University of Malta in piano performance under the tuition of Michael Laus and participated in master classes led by John Lill, Mikhail Pethukov, and Young-Choon Park, amongst others. He also had coaching in harmony and counterpoint from Joseph Vella, Malta’s leading composer. He is also a member of the Laudate Pueri Choir of St George’s Basilica. Francis is equally passionate about Art and Literature, spending his free time reading and travelling. 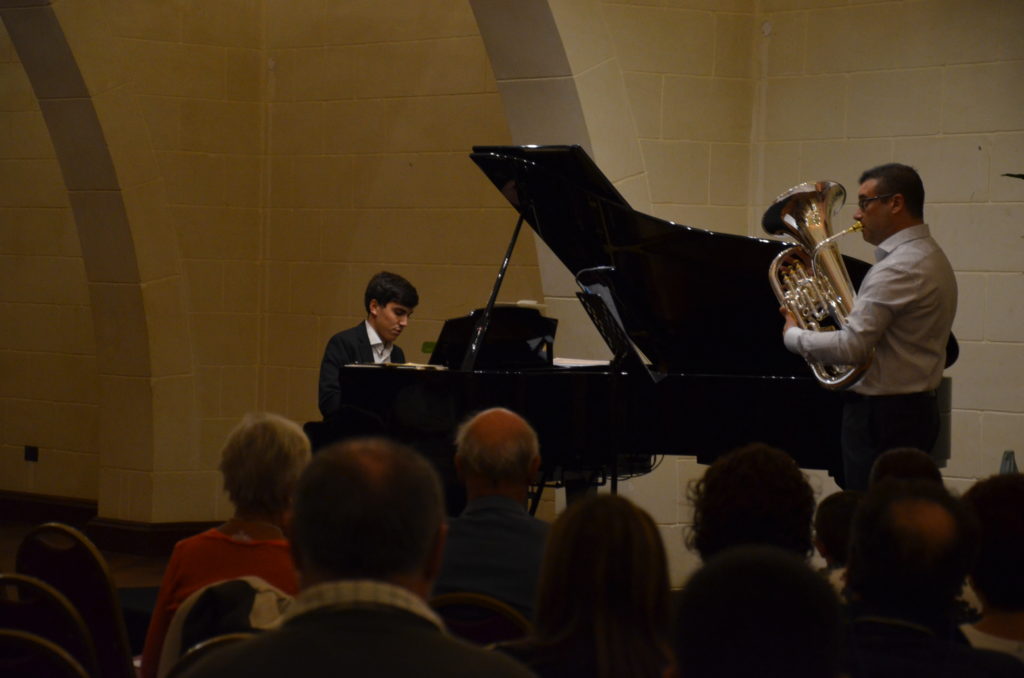