Agnès Pyka studied the violin in Europe and is the recipient of numerous prestigious prizes, most notably from the Scuola di Alto Perfezionamento, Saluzzo, and the Ferenc Liszt Academy, Budapest, for both violin and chamber music.  She pursued further advanced study with Lorand Feniyves at the University of Toronto.  She is the winner of several international competitions, being awarded first prize in the National Young Soloists Award at Hart House, Toronto, the National Schubert Award, Italy, and the European Moncalieri Award, Italy.  Agnès has performed extensively both in France and beyond in her capacities as soloist and first violin.  She currently teaches at the regional conservatoire in Toulon, and is the founder and first violinist of Des Équilibres Ensemble, with whom she has recorded its first album consisting of string quartets by Sandor Veress in 2011.  The performance of the second of these pieces was a world premiere, and was awarded four stars by Classica magazine.  The Ensemble has also recorded Bartók’s 44 Duos for two violins for Indésens Records with Czech violinist Jan Talich.

Guillaume Martigné is a French cellist who studied with Mark Drobinsky, himself a former pupil of the legendary Mstislav Rostropovitch. He furthered his advanced studies in the United States with Bernard Greenhouse, founder of the Beaux Arts Trio. Since his debut at the age of thirteen, Guillaume has performed as a soloist with orchestras such as the Moscow Musica Viva, the Kazan Symphony Orchestra, and the Ural Symphony Orchestra, working with conductors Alexander Rudin, Fuat Manzurov and Dimitri Liss. Additionally, he has also had the opportunity to perform alongside world-class musicians, most notably Martha Argerich, Ivry Gitlis, Mischa Maisky, Nemanja Radulovitch, Alexandra Conunova, and Alexandra Soumm. He regularly performs in several prestigious French concert halls, namely, the Philharmonie de Paris, Radio France, Théâtre du Châtelet, Théâtre des Champs-Elysées, and Salle Pleyel. He has given concerts in no fewer than sixty countries and is also winner of seven international competitions, and in 2010 he joined the Psophos Quartet. He has recorded numerous CDs and plays a splendid Rogeri from 1690. 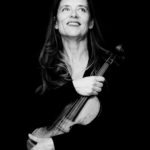