Concerto in D Major for Violin and Orchestra op. 61

Andrea Gajic made an early mark in the world of music, when, at the age of 12, she performed Bruch’s Scottish Fantasy at St James’s Palace, London, for the celebration of the legendary Yehudi Menuhin’s 60th birthday.  Two years later, she won first prize in the Violin Competition organized by the American String Teachers Association.  Andrea graduated from the prestigious Gnessin Academy of Music, Moscow, furthering postgraduate study at the Royal College of Music, London.  Performances have taken her all over the U.K., the U.S.A., Russia, Lithuania, Finland, Germany, and France, apart from giving master classes in Serbia.  As an avid chamber-music player, Andrea has led various ensembles, most notably the Fibonacci Sequence and the Research Ensemble, which resulted in a number of contemporary music performances including birthday celebrations for Sir Peter Maxwell and James MacMillan.  She has recorded for BBC, STV, Bavarian Radio, Baltimore Radio, and more.  Her vast repertoire includes the Brahms, Bruch, Prokofiev, and Sibelius Violin concertos.  She has taught at the prestigious Menuhin School and the Music School of the Douglas Academy, Glasgow.  CD releases include a recording of Beethoven’s Theme and Variations op. 107 performed with Michael Leslie Thomas.  Andrea has performed at a number of international Festivals including the Arctic Arts Festival, Norway,in June 2016, and the following month performed Brahms’Violin Concerto with the Malta Philharmonic Orchestra under the direction of Mro Joseph Vella at the closing concert of Victoria International Arts Festival.  She also gave the Malta premiere of Sibelius’ Violin Concerto with the Malta Philharmonic Orchestra in 2015 again with Mro Vella at the helm.Music critic for The Scotsman has described her performances as “natural to the last wisp of sound”, while The Herald music critic praised one of her performances as “ravishingly conveyed”.  Andrea plays a 1766 Nicolò Gagliano violin.

Philip Walsh is a British conductor whose credits include his debut at La Fenice, Venice, conducting Pier Luigi Pizzi’s production of Thomas Ades’ opera Powder her Face.  Other appearances in Italy have included the Teatro Comunale di Bolognaand the Lugo Opera Festival, and he is a regular guest conductor of the Filarmonica Arturo Toscanini, having appeared with pianist Jean-Yves Thibaudet in concerts in Parma, Modena, and Ferrara, and most recently with jazz legend Dee Dee Bridgewater in the Verona Jazz Festival.

Born in Southampton, England, Philip Walsh studied piano and organ and went on to study music at Cambridge University.  After graduating he spent a number of years in New Zealand, where he was a regular guest conductor of the New Zealand Symphony Orchestra.  In Europe he has worked for L’Opéra de Metz, l’Opéra de Bordeaux, English Touring Opera, Almeida Opera, London, and the Aldeburgh Festival.  In 2007 he made his Spanish debut, conducting Don Giovanni for Opera en Vigo.  Orchestras he has conducted include the London Sinfonietta, the City Chamber Orchestra of Hong Kong, Orchestra del Teatro La Fenice, Orchestra del Teatro Comunale di Bologna, l’Orchestre National de Lorraine, RTS Symphony Orchestra, Belgrade, and the New Zealand Symphony Orchestra.  He conducted Teatru Manoel’s production of L’Elisir d’amore and Don Giovanni these past two years, and has also appeared with the Malta Philharmonic Orchestra in this year’s Valletta International Baroque Festival.

For half a century, the Malta Philharmonic Orchestra (MPO) has been Malta’s foremost musical institution.

The orchestra was founded in April 1968, when musicians from the defunct ‘Commander-in-Chief’ (C-in-C) orchestra of the Malta-based British Mediterranean Fleet regrouped as the Manoel Theatre Orchestra. It continued to serve as the theatre’s resident orchestra until September 1997, when it became an independent orchestra, taking up the name National Orchestra of Malta. The orchestra became the MPO in 2008 when it expanded into a full-size symphony orchestra, bringing together musicians from Malta, Europe and beyond.

As Malta’s leading musical ensemble, the MPO averages more than one performance a week including symphonic concerts, opera productions in Malta and Gozo, community outreach and educational initiatives, as well as various concerts of a lighter nature. During the past seasons, the MPO embarked on a Digital Transformation reaching over 32 million people worldwide through its Online Programme in 2021.

The orchestra has performed in leading venues across the globe, including in the United States, Russia, Dubai, Germany, Austria, China, Italy, and Belgium, and presently embarks on at least one international tour each concert season.

The MPO is a keen exponent of Maltese composers, regularly performing their works in Malta and overseas, as well as frequently premiering and commissioning new compositions.

Through the MPO Academy and the Malta Youth Orchestra, which regularly give concerts across Malta, the MPO is also responsible for the training and professional development of the next generation of Maltese musicians. 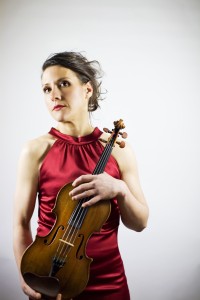